Neighborhood planting said to be factor in reducing food insecurity 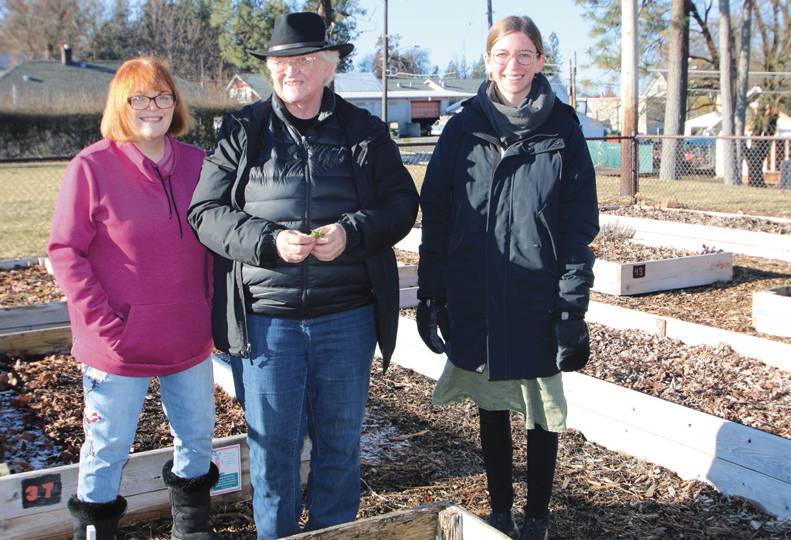 When Patricia Munts, small farms and agriculture coordinator at Washington State University Spokane County Extension, began working with gardens in the city in 2008, there were at least eight community gardens, she recalls. Presently, the Spokane region is home to 56 community gardens, including service gardens.

Those gardens are scattered locally from Spokane Valley to Cheney to Deer Park. They consist of small lots or “boxes” that are rented and cultivated throughout the year. Winter is when the rentals are either renewed or new ones are opened up for people to sign up for. Costs typically run from $15 to $35 annually.

Munts says the funds have been used to raise awareness about community gardens and offer courses on gardening. The conservation district brought together partners such as River City Youth Ops, Spokane Community Gardens, WSU Spokane County Extension, and Associated Garden Clubs of Spokane to come up with ways to benefit the local food supply.

Part of the increasing interest in growing one’s own crops is because people are becoming aware of what is in their foods, Munts says.

“Let’s put it this way. When you grow romaine lettuce in your garden, you don’t risk getting E. coli,” says Peggy Parker, who volunteers as Grant Park Community Garden manager.

During winter months, there is usually a lull in planting, but certain plants can thrive in the cold. Frost, for instance, makes carrots sweeter, says Michelle Youngblom, program developer for Spokane Community Gardens.

Youngblom’s own passion for gardening stems from her upbringing on a small farm in Minnesota. Here, she helped start a community garden called Kipos at Whitworth University.

“I just found that it was very rewarding to be able to work together to learn how to grow your own produce and get to eat it rather than paying a lot at the grocery store for it and paying for something that could be produced with chemicals,” Youngblom says.

The volunteers at Grant Park Community Garden provide renters with garden tools, such as shovels and organic fertilizer, to tend to their boxes, occasionally even providing seeds.

It fortifies Spokane’s food supply, says Munts. When Grant Park Community Garden has a surplus of a crops, it donates the harvest to local food banks and organizations, like it did one year with its donation to Family Promise, a Spokane-based organization helping homeless families. If a box remains unrented, Parker uses it to grow crops specifically with donation in mind.

“In a community garden, you get to call on the expertise of gardeners who know a lot about what they’re doing,” Parker says.

Novices at gardening, or those who consider themselves sans green thumb, can take comfort they won’t be alone in their planting endeavors. Parker and other staff members are available to help gardeners develop lots by setting up a plan to design their boxes for maximum production without overcrowding.

“You cannot imagine the joy of a brand-new gardener harvesting whatever it is that ripened first,” Parker says. “You’ve just never seen anything like it. It’s so life affirming to watch people get that excited.”

Even just receiving guidance and encouragement from fellow renters helps gardeners stay motivated and not give up on whatever foods they are growing, says Munts.

Often, people will arrive at similar times to tend to their soil, especially during hot summer days, where the temperature is cooler in the mornings and evening. Sometimes, Parker will establish a plan where people can take turns watering each other’s boxes, so if gardeners go on vacation, for instance, their soil won’t be unattended.

Kids from local elementary schools rent boxes for garden clubs. Parker, who says it’s shocking to learn how many children don’t know where their food comes from, considers it part of her job to educate and inform the younger generation about the origin of what they’re consuming and the environmental ramifications of those origins.

“When you think about the impact on the environment … we’re making a really positive, smaller carbon footprint, everything in this garden is organic, so we’re not putting a strain on the environment by loading up the soil with all kinds of chemical fertilizers, pesticides, and herbicides,” Parker says. She also cites personal benefits to gardening, such as a sense of stress relief and building immunity by digging through soil with bare hands.

With more people relocating to Spokane from Seattle and Portland, where they have strong traditions of urban food production, there is a local increase of participation in the community garden movement, says Munts.

“I think that in a pretty short period of time we’re going to see gardens in every park and every little bit of land that would make an acceptable garden spot, because people love growing their own food,” Parker says.

In addition to the communal and nutritional aspect of the lots, Youngblom says that they increase neighborhood safety. As people interact with one another in gardens, they act as watchdogs for the neighborhood and are able to report any suspicious activity. Munts says that one such group helped law enforcement with a drug bust.

Youngblom adds, “If the neighbors know each other, they’re more likely to be looking out for each other.”

Some research indicates that community gardens enhance the value of surrounding properties. For example, the New York University of Law published a study in 2006 titled “The Effect of Community Gardens on Neighboring Property Values,” affirming the value of such gardens.

“We ﬁnd that the opening of a community garden has a statistically signiﬁcant positive impact on residential properties within 1,000 feet of the garden, and that the impact increases over time. We ﬁnd that gardens have the greatest impact in the most disadvantaged neighborhoods,” the report states. “The opening of a garden is associated with other changes in the neighborhood, such as increasing rates of homeownership, and thus may be serving as catalysts for economic redevelopment of the community,” states the study.

Parker recalls one neighbor of Grant Park who told her the reason he bought a home, which required substantial renovation, in the area is because any neighborhood with a community garden is one he wanted to reside in.

Neighbors of Grant Park and anyone visiting Grant Park Community Garden can pick whatever is growing along the fence and take it home.

“Food insecurity is at an all-time high right now with all the things that are happening … if you grow your own food in the summertime and you have some of it you can put away for the winter time, there’s a lot less food insecurity happening for people that are low-income, seniors on Social Security, those kinds of things,” Parker says.

Munts says that now is an optimal time of year to sign up to rent a soil box and all it takes is going to the Spokane Community Gardens site to find the closest garden with space.