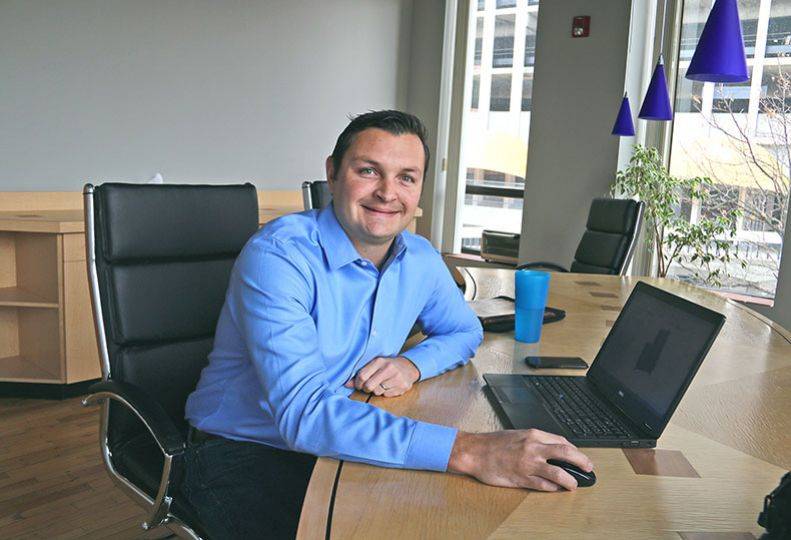 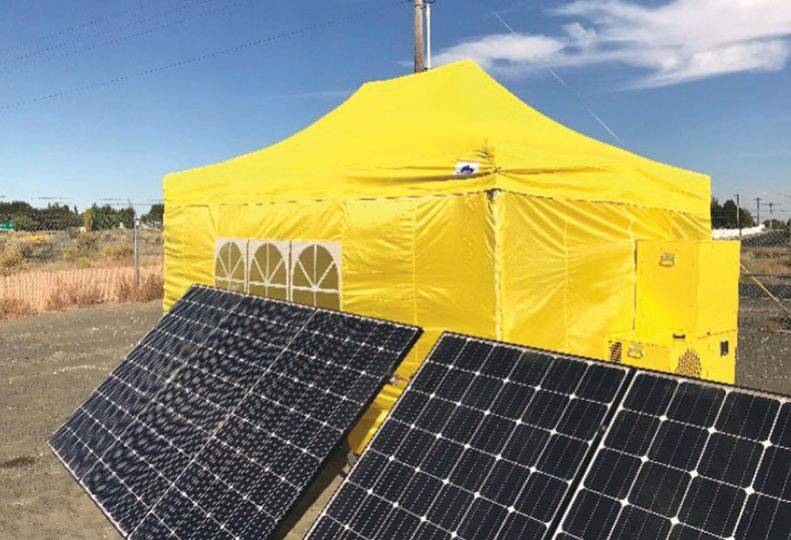 A Moses Lake, Wash.-based applied solar company with a team of engineers based here has invented a mobile refrigeration system that runs entirely on solar power.

The xCOLD solar-powered refrigeration system is the brainchild of Blake Barthelmess, Donald McGraw, and Scott Brown, founders of SolarX Works. Barthelmess is the company's CEO, McGraw is chief information officer and chief marketing officer, and Brown is the COO.

All three have experience in the cold chain—which keeps food and medicine refrigerated from farm to table or from factory to pharmacy—and with other technologies, including solar energy.

"We came face to face with the reality that 50 percent of post-harvest yield in developing countries is simply thrown away due to a lack of cold storage and infrastructure,” Barthelmess says. “We thought that perhaps we could tie two of our passions together—cold chain logistics and solar—to provide some sort of solution. And xCold was born.”

The system has a variety of potential applications, Johnston says, such as transportation or storage of perishable goods, in military command platforms, in mobile pop-up hospitals, and in cooling shelters for agricultural workers.

"This can be out in the middle of a field, and people can keep working in cool conditions without a generator running, without having to … try to run power out there," Johnston says.

The company has run several field tests, Barthelmess says, and the prototype is outperforming expectations.

The two-part system consists of a condensing unit and an evaporator, which can detach from one another and remain linked by a 20-foot refrigerant hose and 20-foot electrical cable in the top of the system. A six-panel solar array is attached by a single plug, and the system starts up as soon as the solar panels receive enough photons from sunlight, he says.

The top portion includes a fan, which blows heat out of the system. The other part of the system is crammed with electronics, including a charge controller, a 48-volt battery, temperature sensors, and a cellular gateway. A touchscreen controls the entire system, which can be attached to a tent, building, or shipping container. The system is meant to cool small to medium-sized spaces, Johnston says.

What sets the system apart from anything like it, Johnston says, is that the entire system utilizes direct current, without having to convert to alternating current.

“When you have solar energy, the solar panels are DC, so (electricity) comes off of the solar panels as DC. Almost every refrigeration system in the world is AC,” Johnston says. “But then you have this waste in the middle because you have to convert it from DC to AC. That energy waste means that you need more (solar) panels. You can avoid that inefficiency by leaving the entire system direct current.”

Johnston says the team's devotion to utilizing only DC current provided some obstacles. Most compressors are AC, so the team had to do some searching before they found a Chinese compressor that fit the needs of the xCOLD system.

The team chose a 48-volt lithium ferro phosphate battery because it's more energy-dense, allowing more electricity to be stored in a proportionally smaller volume than batteries of other voltages, Johnston says. The unit can start up as soon as it receives enough sunlight, and can run for up to two hours after sunset, he says.

The programmable logic controller acts as the brain of the system, Johnston says, keeping track of and automatically adjusting temperature and pressure at various points in the system. The cellular gateway allows for remote monitoring and communication with the system, he says, but when an operator is on-site they can use the touchscreen to monitor temperature, battery level, how much electricity is coming from the solar panels, and more.

Johnston says his background in aerospace engineering helped him plan and organize the project.

“For an 11-year period I worked on military and aerospace electronics cooling and packaging equipment,”Johnston says.

Johnston created a detailed schedule of each task that included the expected time each task would take to complete.

Johnston says he also made the project more efficient by using numerical simulation tools to create a digital model and analyze nearly every inch of the system.

"This is an advantage, because you don't have to design it, build it, test it, and find a problem," Johnston says. "You design it, you analyze it on the screen, and so all of your testing happens without actually building it. It's faster, and it's cheaper. It's all about efficiency."

The prototype cost about $17,000 to create, Johnston says, including the $3,000 battery. The entire project was financed by SolarX Works' founders.

“They bootstrapped it,” Johnston says, adding, however, they now hope to find an investment partner to provide funding to commercialize the system.

"We need a partner with some deep pockets, because this requires a cost reduction effort and a design for high-volume production," Johnston says, adding that he's not sure exactly how much funding is needed.

However, he says the team has already identified changes it wants to make to the xCOLD system.

“There's a lot of cost reduction that can happen in this,” Johnston says. “Long term, we wouldn't use a programmable logic controller. That's thousands of dollars. Instead, you pay a software engineer to make one custom circuit board. The expense is the labor to design it, but then you have a circuit board with a micro controller on it that costs hardly anything.”

Johnston says he hopes to find a less expensive version of the 48-volt battery, as well as a battery bank to enable the system to run overnight.