Design for designers: Architecture firms redesign their own spaces 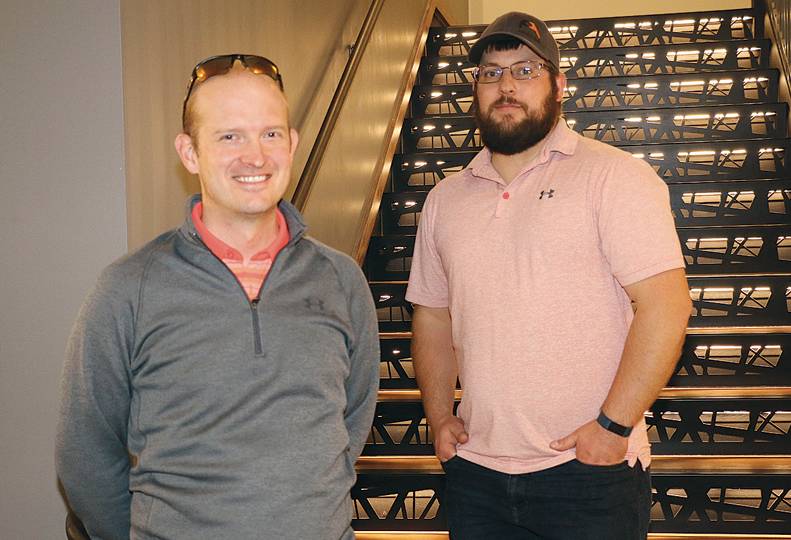 “Our office, before we started the renovation, had a more corporate feel,” Comes contends. “It didn’t say ‘design.’ It could have been any professional service.”

The office currently is rather compartmentalized across the three-story building, Comes says, so one of the goals is to break down barriers to foster a more collaborative space.

The company explored several options, including creating an open vertical connection between the three floors that ultimately was scrapped because it was too expensive, he says.

Designing a workspace for an office of designers presented its own challenges, Comes says, adding, “We are probably one of the worst clients we’ve ever worked for. There’s too many cooks in kitchen.”

The company held several design meetings with the staff to collaborate on the project.

The final, and most cost-effective, design that NAC settled on is to move its more collaborative positions – such as the designers and architects – to the second and third floors, which already have an open vertical connection, and to move the departments that required less collaborative space, such as billing, marketing, and human resources to the first floor, Comes says.

The main floor is undergoing the bulk of the renovations, he adds.

The project also encountered several delays, as existing or incoming client projects often took precedent over the company’s own project, he says.

NAC had remodeled the space about 10 years ago, Comes adds, and added an addition to the building, so one of the goals is to integrate the old and newer spaces better.

NAC’s Spokane office has about 70 employees, while the company, which also has offices in Seattle and Los Angeles, boasts about 190 employees overall.

Comes declines to disclose the project’s budget, adding that with the coronavirus delays, the budget “is a bit of a moving target.” A permit application filed with the city of Spokane estimates the project valuation at $1.4 million.

Spokane-based Kearsley Construction Inc. is the contractor on the project. Ideally, Comes says, the project will be completed by the end of 2020.

Comes says the coronavirus pandemic likely will impact the NAC’s design plans, noting that the company is now looking at ways to put a little more space between work stations so that when the state begins to reopen, NAC will be able to observe social distancing guidelines.

“We’ve also found that we can successfully work remotely. So, that might have a bit of an impact on how we configure our workstations,” he adds.

Comes declines to disclose the company’s annual revenue but says NAC as a whole is projected to exceed its 2019 revenue this year.

Design work is starting on some of the company’s projects planned for this year, but Comes says he’s uncertain about the full scope or actual start dates for those projects, which he also notes is typical even when the world isn’t experiencing a pandemic.

Moving forward, Comes says it would “be naïve to think that (the virus) wouldn’t have some change on future design work.”

A half a mile east of NAC’s office, renovations at Fusion’s new space wrapped up in late April. The firm had planned to move Friday, May 1, into its new 900-square-foot space on the third floor of the historic Old City Hall building, says owner Rex Anderson.

The space is nearly three times the size of its previous offices in the Hutton Building, at 9 S. Washington, in downtown Spokane, Anderson says.

The project scope included updates to the ceilings and floors, Anderson says, and the construction of a couple of walls to fit the space to the firm’s needs.

Fusion has been the architect on renovations at Old City Hall, located at 221 N. Wall, for several years, Anderson says. When the opportunity came about for the firm to secure a space in the historic building, he jumped on it.

“After working on the Old City Hall building for a couple of years, I really started to appreciate that building … there’s a lot of historical value. It’s inherent, and that contributed to my appreciation for it,” he says.

Anderson says designing a space for his own firm made him more cognizant of the process from a client’s perspective.

“You become much more appreciative of having to make cuts when something is too expensive,” he says. “You’re much more realistic when it’s your own dollars being put into a project.”

Anderson declines to disclose the renovation budget but permit information on file with the city of Spokane places the construction value of the project at $35,000. Spokane-based Finley Construction Inc. is the contractor on the project.

The firm currently has two full-time employees and one contract employee, Anderson says. He adds that he anticipates hiring another full-time architect next year.

Fusion currently has 16 projects on its docket, that range in process from design to construction, Anderson says. The firm handles both custom residential and commercial design work.

“Our projects have continued to push forward,” he says. “I think with everybody, right now, it’s kind of a cautious optimism.”