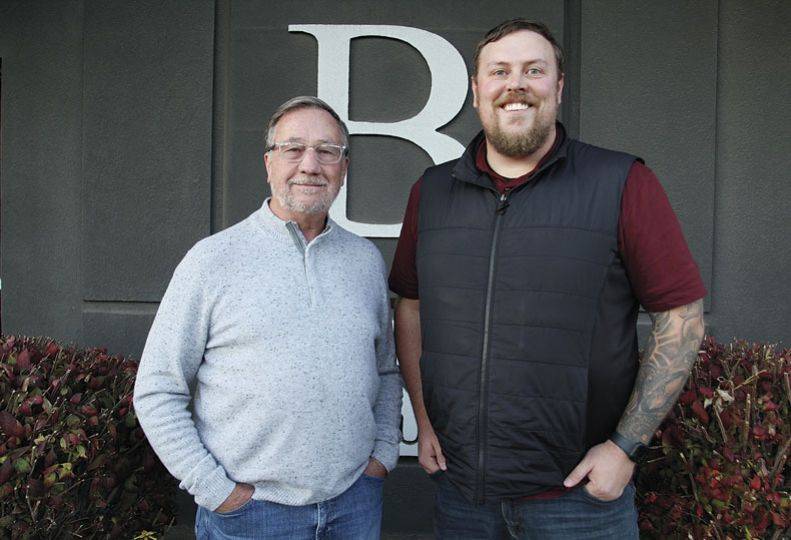 The concept of employee health benefits is expanding beyond conventional medical, vision, and dental coverage to include a whole-person approach to worker health and wellness, some Inland Northwest observers say.

Kevin Cipoletti, area president for the insurance brokerage firm Arthur J. Gallagher & Co., says employers in Eastern Washington more often are identifying what medical, behavioral, and emotional resources are available for employers and what challenges they might face in accessing those benefits. In many ways, they’re viewing health benefits as a part of overall financial well-being.

“At a high level, the three things impacting decisions this year are social determinants of health, inflation, and a focus on the financial well-being of employees,” says Cipoletti.

The construction in–dustry is one example in which some employers are taking extra measures to ensure the overall well-being of their employees, he says.

Kyle McManus, safety director for Baker Construction & Development Inc., says the company has been working on creative ways to incorporate a whole-person approach to the company’s workforce. In November, the company teamed up with the Movember Foundation that hosts an annual no-shave event during the month of November to raise awareness of men’s health issues, such as prostate cancer, testicular cancer, and suicide prevention.

Brooke Baker Spink, chief development officer for Baker Construction, says safety is a primary duty of the industry, and joining with the Movember platform is an extension of caring about the company’s employees beyond their physical well-being.

“In construction, especially, there is a high number of men who are depressed, have suicidal thoughts, and ultimately commit suicide,” says Baker Spink. “It’s a perfect way for us to thoughtfully highlight some important issues that are happening in men’s health and our industry.”

McManus says that, as a safety director, his primary concern has always been making sure people aren’t injured or killed on the job. However, when he learned that more men die by suicide than accident within the construction industry, he realized more needed to be done to ensure workers’ emotional and psychological well-being is also addressed.

He adds that the suicide rate within the construction industry is 3.5 times higher than the overall suicide rate nationally. “Once our guys learn that, they ask, ‘Why we are dying by suicide 3 1/2 times more than the average American?’”

Because construction industry jobs are physically demanding, pain and discomfort from injuries can build up over the years.

“When people are hurting, in many circumstances, they are looking for ways to feel better,” says McManus.

When that happens people tend to resort to alcohol and drugs, he says, adding, “That can lead them down the path where they feel suicide is the only solution.”

Heide Gerke, safety officer for Associated Builders & Contractors Inland Pacific Chapter, says that another reason men in construction have a higher rate of suicide is the “macho” culture within the industry.

“I think we’ve created a macho man culture of ‘keep your home life at home and work life at work,’” says Gerke. “You are not (allowed) to talk about what is bogging you down.”

Gerke says the national Association of Builders & Contractors has been working on ways to address suicide prevention within the industry. Recently, it added a new component to its Safety Training Evaluation Process program that includes mental and social health awareness and allows workers to feel comfortable to talk about these issues.

Gerke says that includes making sure workers are taking advantage of their insurance plans, checking in on their emotional well-being, and creating an open culture where employees feel they can be their true selves.

In the Spokane community this year, there have been two construction-worker suicides that she’s aware of, she says.

Gerke adds that Baker Construction and Spokane-based DSI Construction Inc. are two companies she has noticed that have begun to incorporate aspects of whole-person, social well-being approach.

He added a challenge for the men each week in order to stimulate involvement. The first week of November, he asked staff members to schedule an annual visit with their primary health provider. On the second week, the focus was on mental health awareness, and he asked all employees to call a male family member or friend to check on their well-being. The following week, he challenged the men to do something outside of work that they enjoy. For the final week of November, he planned to ask staff members to share why they are being proactive with their help, whether it’s for them, for family, or for any other reason.

Baker Construction offers full benefits to its employees, however, navigating insurance can be challenging, says Baker Spink. So a company meeting is planned in early December to remind employees of their health benefits and offer information about accessing those resources.

“We need to make them feel comfortable to have all this info at their fingertips, so that if they do need it, they are ready to rock,” she says.

Barry Baker, president and CEO of Baker Construction, says that another component that the company is covering in terms of whole-person health is focusing on employee’s financial well-being.

“We also bring in financial advisers,” says Baker. “I want every employee in our company to retire a millionaire. We give them a roadmap for how to do that through their 401(k).”