Science building to be completed this fall 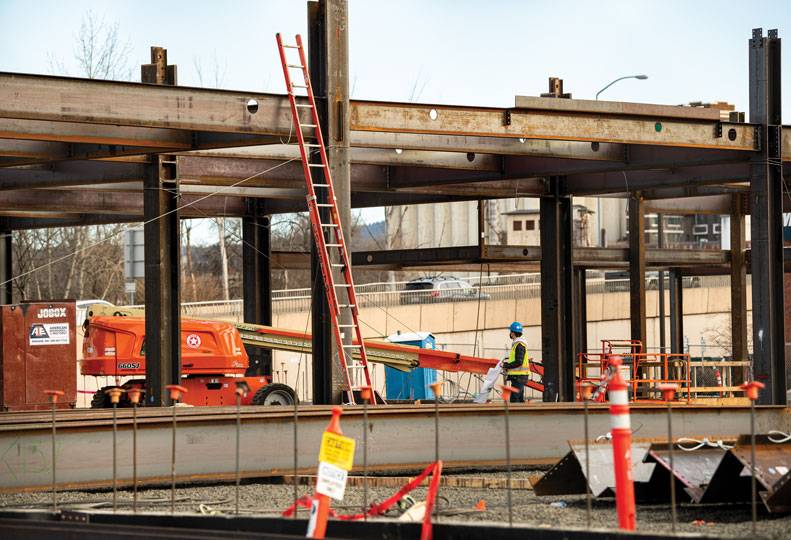 -Gonzaga University
The $60 million medical and health-education building is coming out of the ground near the southwest corner of Spokane Falls Boulevard and Hamilton Street.

The larger of the two projects is the $60 million medical and health education building, which is rising at 840 E. Spokane Falls Blvd. Gonzaga and the University of Washington have committed to a long-term lease for space in the four-story, 90,000-square-foot structure.

Near the center of Gonzaga’s campus, the university is well underway on construction of a $49.7 million Integrated Science and Engineering facility.

At the health education building, foundation work has been completed, and crews are erecting structural steel. Many components of the structure are being fabricated off-site currently. The building is scheduled to be completed by June 2022.

The three-story, 82,600-square-foot Integrated Science and Engineering facility is expected to be completed this fall.