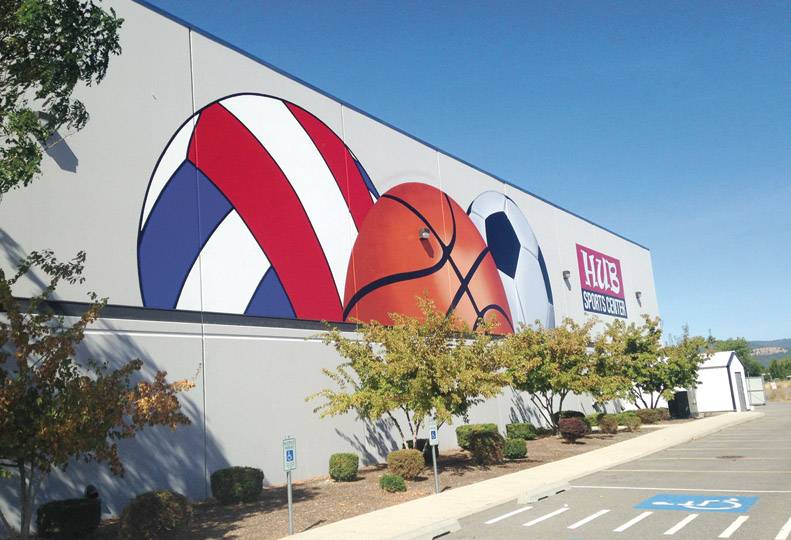 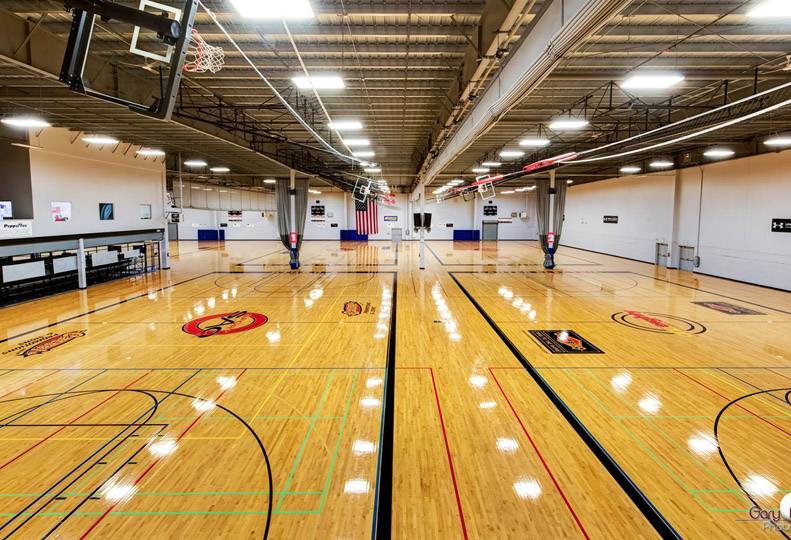 The HUB Sports Center, a 66,000-square-foot multipurpose facility at 19619 E. Cataldo in Liberty Lake, has been drawing plenty of users since opening in 2007 as a nonprofit operation—recently welcoming its one millionth patron—but its future remains uncertain.

Its supporters have until the end of 2016 to raise the $3.2 million needed to purchase the building and land, or the property will revert back to its owner for possible listing to other prospective buyers, who might envision using it for other purposes.

Executive Director Phil Champlin says a capital campaign thus far has amassed about $600,000 in donations and pledges, including from a number of Spokane and Spokane Valley businesses, but hasn’t been able to attract yet the type of tipping-point donations that could help push it quickly toward its goal.

“There’s just not a space out there that can replace what we do,” says Champlin, adding that he’s still hoping to convince some larger potential donors of the value of helping to ensure the building remains a nonprofit sports center into the future.

The Hub Sports Center is located on the border between Spokane Valley and Liberty Lake, just northeast of the Interstate 90-Barker Road interchange, behind Freedom RV and Camping World of Spokane, both of which front on Cataldo Avenue.

The facility includes 50,000 square feet of court space. Courts can be configured for various uses, including five regulation-sized hardwood basketball courts with electronic scoreboards on each court, up to eight regulation-sized volleyball courts, and other layouts to accommodate uses such as indoor soccer, badminton, pickleball, and dodgeball.

On an upstairs mezzanine level, along with offices, it also has three studios and an open area that can be used for activities such as martial arts, aerobics, yoga, dance, and speed-agility training, and that can be rented for parties, corporate team-building events, and other group meetings.

Other building features include a large multipurpose lobby area and concessions stand and women’s and men’s locker rooms with shower facilities.

“I love it because there aren’t any bad ideas” in terms of activities the building can accommodate, says Champlin, adding, “It’s such a great space that you can do about anything,” from hosting concerts to cheerleading clinics.

The building sits on five acres of land, but the property includes another 3.5 acres of unimproved parking area to the north.

Spokane businessman Kert Carlson formed a nonprofit entity named Sports USA about 14 years ago to spearhead development of the building, which was constructed in 2003. Carlson originally envisioned that the complex also would include four outdoor volleyball courts, a football field, and a lacrosse field.

It was one of a couple of proposed multimillion-dollar recreational complexes that were announced at about the same time, and that struggled to gain traction due to a slow economy at that time. Although the Sports USA facility opened in 2003, it closed less than two years later.

The HUB Sports Center moved into the facility in 2007, and it now is open seven days a week year-round, operating with a salaried staff that includes just Champlin—who came aboard in October 2009—and an office manager.

The facility also is supported, though, by an additional 10 to 12 part-time employees and contractors who provide and support HUB programs and by a volunteer group of community leaders, a number of them business owners or executives who serve on its board, steering committee, and as community liaisons.

An anonymous donor bought the building several years ago and donated it to the Inland Northwest Community Foundation, the prominent Spokane-based nonprofit that manages assets for charitable organizations and donors.

The foundation agreed to sell the property to the HUB Sports Center for $3.2 million, or $300,000 less than the appraised value of the property at the time it was donated to the foundation, but it has said the sports center must raise that money by the end of next year.

What happens if the sports center fails to raise the money remains unclear, but Champlin says the foundation and donor would like to use proceeds from the sale of the property to support other philanthropic endeavors.

The HUB Sports Center’s board launched the capital campaign at the end of 2013 and set the campaign goal at $3.9 million, with the additional $700,000 intended to create a fund for unexpected and unbudgeted capital expenses, enhancing its fiscal stability, and to fund more services for youth.

In materials it disseminates, the sports center says its mission is to join with “the communities of faith, sports, education, business, and government to positively impact our youth and region through events and programs that enhance life skills.”

The HUB says its activities focus mainly on youth who benefit from sports—not only for their physical needs but also for mental and social development. One example of that is its participation in a program called Partners Advancing Character Education, or PACE, which teaches key character traits. Another example is its HUB 360 after-school program, which targets “at risk” sixth- through eighth-grade students in the Central Valley and East Valley school districts. The program provides the participants a snack, study or homework time, physical activity time, and guest speakers.

The HUB recruits nonprofit sports-related groups that serve youth to bring their events and activities to its facility. It says its participants come mainly from the greater Spokane area, but that at least once a month it hosts a regional event that draws people from outlying communities throughout the Inland Northwest.

Annual attendance at the HUB has risen steadily, from 99,505 people in 2010 to 178,200 last year, and rental income during that time has risen from about $126,000 in 2010 to nearly $279,000 last year, data released by the sports center show. Meanwhile the overall economic impact of the facility from out-of-town visitors during that time has increased from $1.4 million to $6 million, based on Spokane Sports Commission estimates.

The HUB has been financially solvent for a number of years now, Champlin says, and has been funneling surplus cash into its capital reserves.

Despite the challenge the HUB still faces to raise the amount of money it needs to buy the building it occupies, Champlin says he’s grateful for the support it has received from businesses and other partners and supporters.

He says, “The underlying theme from all of them has been, ‘Don’t give up on your dreams.’”