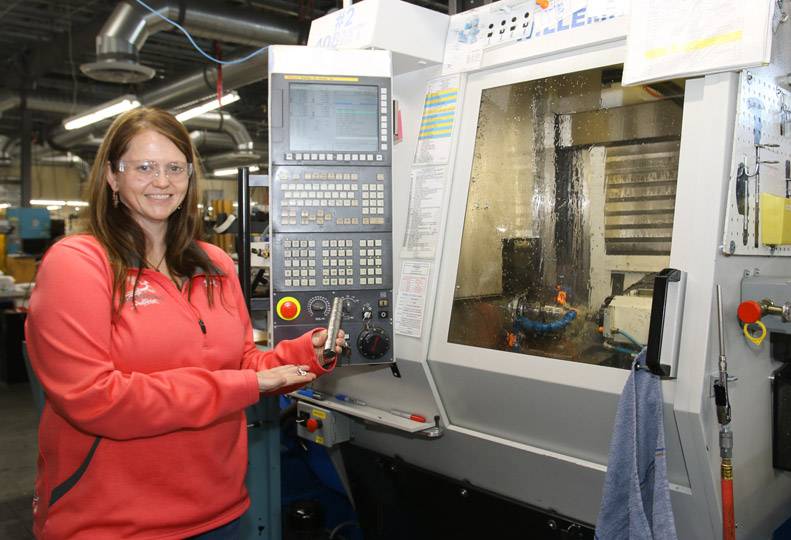 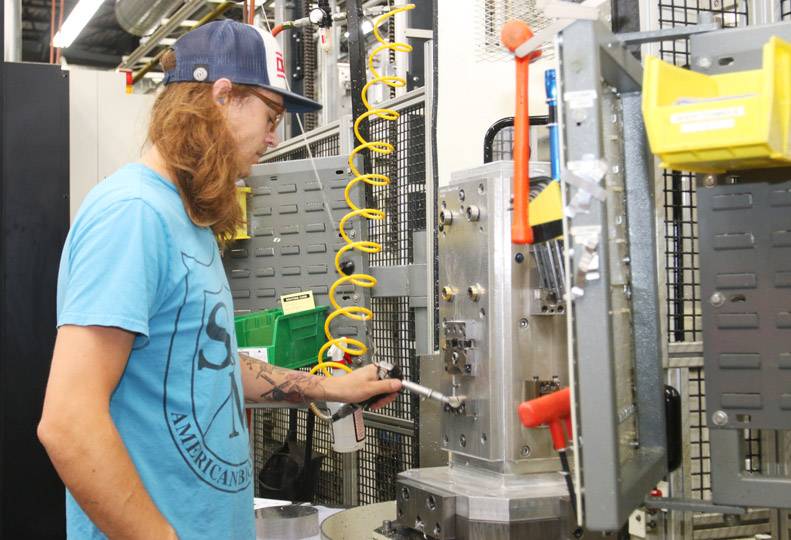 From 2014 to 2016, the computer numerical control precision machining manufacturer had stagnant sales of around $22 million annually, but last year’s sales leapt to $25 million, MacKay says.

“This year, I’m pretty confident in $26 million or more,” she says.

MacKay says the company has hired 25 new employees since November 2017; the company reported 158 total employees as of April 1 for the Journal’s list of Leading Spokane Manufacturers.

Many of those new employees, MacKay says, are moving to the area from places like Los Angeles and Seattle.

The company also is investing in new equipment—$2 million worth of new machines so far this year, MacKay says, some of which have yet to arrive. A new computer numerical control lathe sat opposite the older version it would replace on the afternoon of the interview with MacKay. And on the horizon, there’s a new line of parts to manufacture for a company involved in the nuclear industry.

“We have an audit coming up in June so that we can start doing some nuclear work. We should be into that by the end of the year,” MacKay claims. Though she declined to reveal details, she said the company they hope to work with is based in Washington; the company has been buying its parts from machining companies overseas but, MacKay says, wishes to buy the parts from an American machining business.

Located at 10011 E. Montgomery, in Spokane Valley, MacKay Manufacturing occupies 50,000 square feet of space. The company deals primarily in manufacturing medical tools, such as retractors for use in spine surgery. MacKay says the company does some aerospace manufacturing, but it’s a tough market in a state where Boeing is king.

“A supplier to Boeing we’ll deal with, but that’s only about 8 percent of our business,” MacKay says. “Each machine shop has a niche; some are good at automotive. Some are good at this and that. We’re just really good at medical.”

MacKay says the company is committed to its employees and vice versa.

Employees meet with a group of their peers at least once a week, and each group keeps a large whiteboard on which they communicate ideas for increasing efficiency and productivity.

“Last year, we hit heavy on some machining education. This year, we’re going to hit heavy on blueprint reading, so we’re developing a curriculum on that,” MacKay says. “How do we grow the team that we’ve got to be able to take on the really hard jobs that are out there?”

According to MacKay, the company specializes in machining complex parts that often have a margin of error of just millionths of an inch—less than the width of a human hair.

MacKay says an industrywide skills gap was the catalyst for the program.

“The person that I need to hire is not readily available off the street,” MacKay says.

But MacKay already is considering the future workforce.

“I’m spending quite a bit of time working with the local schools trying to get kids interested in the trades,” MacKay says. “Most of the jobs in the world are trades. How do we get kids even exposed to that at a young age?”

MacKay says she believes pressuring students to attend college is “the wrong message to give,” though she notes that she isn’t anti-education. She laments the loss of classes such as shop and construction — classes she took while attending West Valley High School.

“Dad is, like, 75 percent retired,” Katie MacKay says. “He’ll always be in it, because it’s his passion and who he is.”