Many national tenants opt not to pay April rents

Retailers, others refer to pandemic as ‘force majeure’ 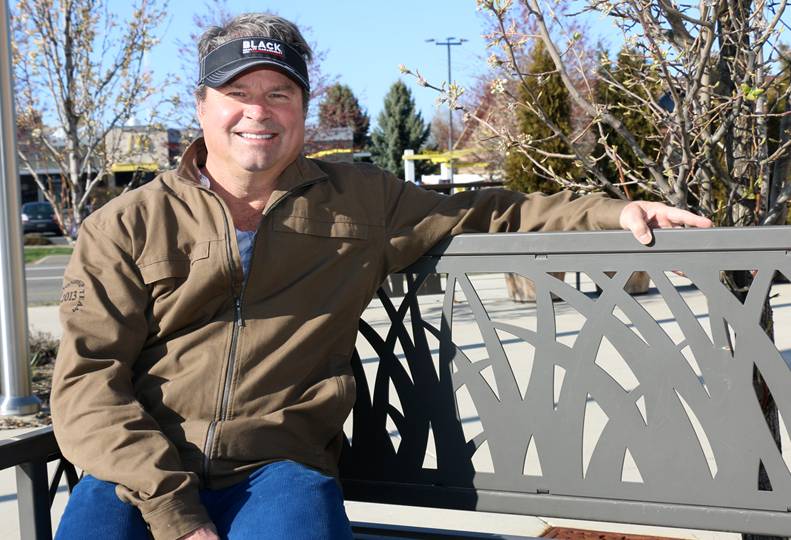 The commercial real estate sector is taking a hit as business shutdowns and significant cash flow declines force some companies to miss their rent payments, while some in the industry contend that businesses are choosing not to pay.

Dave Black, CEO with Spokane-based commercial real estate company NAI Black, says the company has received letters from most of its national tenants stating that the companies didn’t intend to pay rent this month, even if they were still operating.

“I call it drinking the corona Kool-Aid,” says Black. “They’re all drinking out of the same cup because all of the national tenants sent letters of some sort saying they were going to miss rent even though a lot of them were open.”

While its retail stores and commercial truck tire centers remain operational, Goodyear announced it would be furloughing employees, cutting salaries, and keeping manufacturing plants closed earlier this month, measures that would affect all 4,000 of the companies U.S. employees. The furlough is expected to last through the end of June.

Reports have been flooding in across the country of large national brands announcing they wouldn’t be paying rent in April due to the decline in shopping during the pandemic. Many commercial tenants are referring to the pandemic as a force majeure circumstance, meaning it’s an unforeseeable situation beyond their control that makes them unable to meet the obligations of their lease contracts.

Black estimates the company manages about 500 commercial properties in the Spokane region, and only about 50% of the rent was collected April.

“Of the rent we missed, about a third of it was national, two-thirds was local. We manage a lot of restaurants, and they’re really struggling,” says Black.

The company is working with tenants on a case-by-case basis and is encouraging tenants to apply to the Paycheck Protection Plan loans to help cover employee payroll, rent, utilities, and interest. On April 16, however, the Small Business Administration reported all the available $350 billion allotted for the program had been claimed by small businesses nationwide.

At Spokane-based Vandervert Developments LLC, which manages properties with a total of about 400 commercial tenants, marketing manager and leasing agent Debbie Cozzetto says several of the company’s tenants are struggling with rent payments.

“People are scrambling to pay rent and trying to figure out how to bring their employees back and navigate the Small Business Administration loans. Our job right now is just fielding tenant inquiries all day, every day, trying to help them out in any way we can,” she says.

Cozzetto says she doesn’t have numbers for how many of its tenants have paid their rent in full for April, as several pay over the course of the month, instead of in one lump sum.

The company is encouraging struggling tenants to apply for a Paycheck Protection Program loan, Cozzetto says, although she adds that she hasn’t heard of any companies receiving loans as of last week.

“We’ve never seen this before,” she says. “I don’t know how people can survive, unless the SBA loans come through and come through quickly. Those that are not allowed to reopen (in May) or at least reopen on a limited basis need to start getting some money in, I don’t know how they’re going to come out of this.”

The PPP program has come under fire for technical glitches as well as poor communication between the Small Business Administration and banks, as banks scramble to accommodate the high demand of local businesses applying for loans.

The loan program, part of the $2.2 trillion Coronavirus Aid, Relief, and Economic Security Act, allows some small businesses to qualify for forgivable SBA loans, which can then be used for payroll costs, medical or family leave costs, insurance premiums, and mortgage or rent payments.

Chris Bell, commercial broker with NAI Black, says 90% of his pending commercial deals either died, or were put on hold indefinitely because of the stay-home order.

He adds that commercial brokers do have more flexibility and are able to continue working remotely, however, most deals generally require a face-to-face meeting.

Guidance issued by the governor’s office in late March prohibits in-person meetings with customers except when necessary for a customer to view a property or sign documents.

The guidance doesn’t allow for real estate open houses and notes property viewings, inspections, appraisals, and final walk-throughs can be arranged by appointment only and limited to no more than two people one time.

Bell contends several national tenants are using this time to attempt to renegotiate their leases.

“We’re seeing some tenants use the crisis as a sword rather than a shield, coming out and trying to renegotiate lease terms,” he says.

Gordon Hester, president of Spokane-based commercial real estate brokerage Kiemle Hagood, says the company has received between two to five requests per day from businesses looking for rent deferment or assistance since the shutdown went into effect.

“The area where we see the strongest challenges is obviously the restaurant and bar owners … some of the smaller businesses really don’t have the capital to weather a 45-day business shut down,” he says.

Hester says Kiemle Hagood is working with tenants to provide temporary relief, whether that means allowing for a month or two of reduced rental rates or working out another arrangement with the tenant.

“It’s really a case-by-case basis to see what the individual business needs and then trying to provide the right circumstance for them,” says Hester, adding “We all think month of May is going to be the month where people get hit the hardest.”

Black adds, “We all need to be positive and lobby with our elected officials to try to restart the economy, even on a limited basis. The longer this goes, the more exponentially difficult it will be for everybody.”