North Side Old Navy to open in April 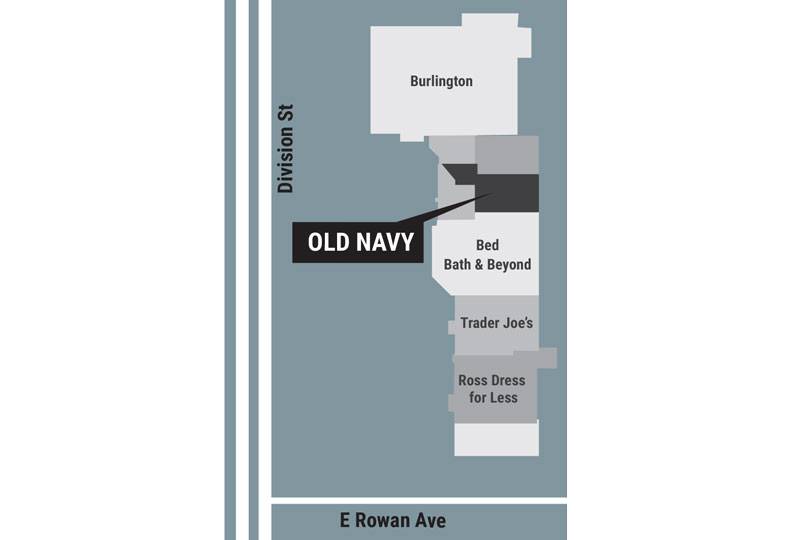 Work is underway on a new Old Navy retail store at the Franklin Park Commons shopping center, on Spokane’s North Side.

In a prepared statement, a Gap Inc. spokesperson says the Franklin Park store, at 5628 N. Division, will open at the end of April.  Old Navy is a subsidiary of San Francisco-based Gap Inc.

The clothing and accessories retailer expects to hire at least 50 people to work at the 15,000-square-foot store.

It will be located between Guitar Center and Bed Bath & Beyond stores, in space formerly occupied by an Outback Steakhouse restaurant.

Outback moved from the shopping center to the NorthTown Mall in 2016.

Permit application information shows work at the site includes improvements to the mechanical, electrical, and plumbing systems. The building façade also will be redesigned to match Old Navy’s signature blue color scheme, and new store signage will be installed.

Currently, Gap operates about 1,200 Old Navy stores and about 200 Athleta stores in the U.S.