Not your father’s law firm: How the legal field is facing a culture shift 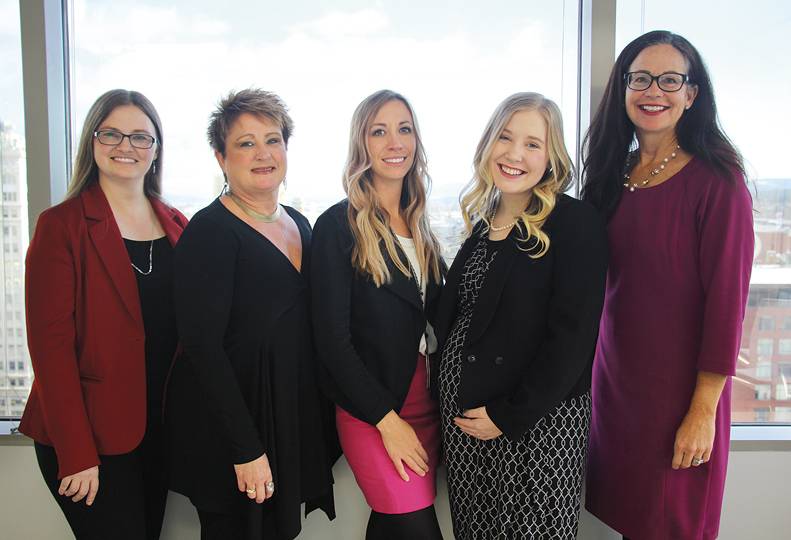 In Spokane and across the U.S., law firms are struggling to recruit experienced attorneys to join their firms.

An industrywide cultural shift in younger attorneys that many older attorneys haven’t experienced likely is coming into play.

Laurie Powers, assistant dean of the Center for Professional Development and Externships at Gonzaga University, says two types of employees are at play within the legal field: the recent law graduate and the lateral attorney—meaning attorneys that have been in the legal profession for three or more years, says Powers.

One factor that’s creating a divide within the new generation of attorneys and those who have been in the legal profession for a few years is the younger attorney’s willingness to earn a lower income in exchange for working fewer hours.

“Work life-balance is huge for students,” says Powers. “I think it’s a shift—students are saying, ‘I’ll make less money potentially, but I want my life.’”

Powers says more recent graduates are employed now than this time last year. Starting salaries for recent graduates in are mid-$60,000s, with a few in the $70,000s and top graduates receiving offers in the $80,000 range.

Julie Griffith, the executive director of the Spokane Bar Association, says that she has been hearing about the shift in work-life balance from her membership.

“Historically, to be an attorney you’re going to commit nights and weekends and be super committed to the job,” Griffith says. “And what I’ve heard is the younger attorneys want a different lifestyle, and that can be a clash within firms.”

In recent years, powers has seen a number of young lawyers breaking off from traditional law firms and starting on their own to seek a better work-life balance—and doing it successfully.

Smith & Malek PLLC is a millennial-founded law firm with offices in the Bank of America Financial Center, at 601 W. Riverside in downtown Spokane, and in the Parkside building, at 601 E. Front in downtown Coeur d’Alene. The firm promotes itself as taking a team-based approach and being dedicated to a work-life balance.

“To me, they are the ones that have done it beautifully,” contends Powers.

Smith & Malek has a total of 14 attorneys and a support staff of nine between its Spokane and Coeur d’Alene offices.

Founder Luke Malek says he would like to hire four to five more experienced attorneys.

“One of our models for success is mentoring younger attorneys, so we need seasoned people who are willing to mentor young attorneys within this model. But (for the mentors), that means learning a new way of doing things in a collaborative way,” says Malek.

At Smith & Malek, attorneys are paid based on their experience, but  all attorneys can participate in profit sharing, he says.

Annual revenue at Smith & Malek is $3.5 million, an amount that Malek says he is happy with given the size of the firm.

Another nontraditional law firm that claims success in its team-based approach is Gravis Law PLLC, which is headquartered in the Tri-Cities, Washington, area, and has a Spokane office located at 1309 W. Dean, just east of the Spokane County Courthouse.

Randi Johnson, principal attorney and the chief communications officer for Gravis Law, says that one of the many things that leads to attorney burnout and attorney unhappiness is the amount of time attorneys have to spend on nonbillable tasks.

A report published by Brett Spooner, the firm’s founder, CEO, and president, shows that attorneys spend 40% to 60% of their time doing nonbillable tasks.

Gravis has been able to reduce attorneys’ nonbillable hours to 8% by creating a centralized back-office team and call center and customized case-management software, according to the firm’s employee onboarding brochure.

“When we look at how (attorneys) are spending their time, we say, let’s give them a rock star support team so that they can focus on doing what they do best,” says Johnson.

Gravis’ acquisition model includes seeking out smaller firms with owners looking to retire in the next three to five years and incorporating these firms into Gravis Law, says Powers.

Spooner’s research shows that 73% of U.S. attorneys don’t have a succession plan.

“There are attorneys who are older and wondering what the next three to five years are going to look like, and, to put it bluntly, the age of selling law firms is dead,” says Johnson. “I think there is a changing demographic of law firms and attorneys that is recognizing that giving the firm to a son or daughter is no longer a thing. That was how it was 100 years ago.”

Firms in the Spokane market may have the added disadvantage of competition with higher paying markets, Gonzaga’s Powers says.

“That’s not Spokane’s market, but that shows the level of demand,” she says. “It’s not an employer’s market anymore, and it’s been a huge shift for everybody.”

Malek says the firm uses industrywide salary guides when setting salaries, but, “In many ways, we can’t go head-to-head with national firms.”

On a national scale, Menlo Park, California-based human resources consulting company Robert Half recommends that starting salaries should be $206,300 for candidates in the highest demand—those with four to nine years of experience and exceptionally strong skills. In the Spokane market, however, Robert Half adjusts the suggested salary downward 18% to $169,000 for an experienced attorney with exceptionally strong skills.

Gravis is growing but isn’t seeing the same volume of job applicants it once did, says Johnson.

Currently, the firm is looking to hire attorneys and paralegals, she adds.

“I don’t think we’re experiencing any more trouble than others,” she says.