Prolonged shortages are a concern for providers heading into holidays 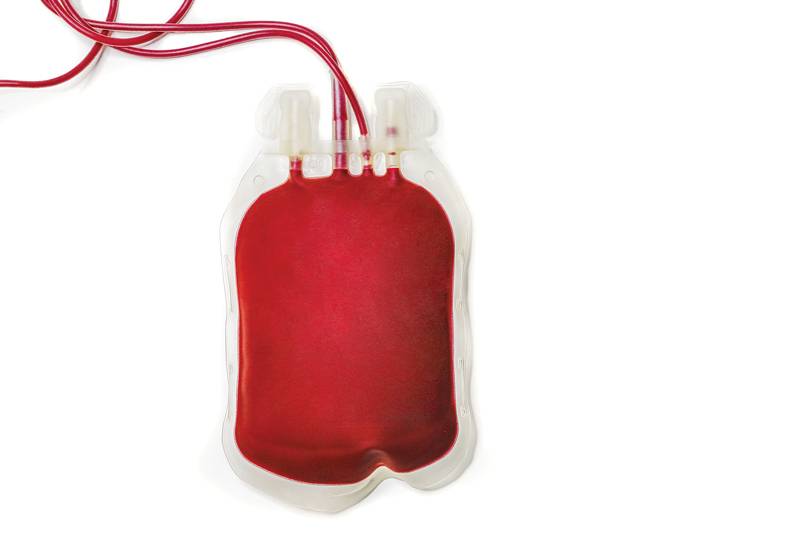 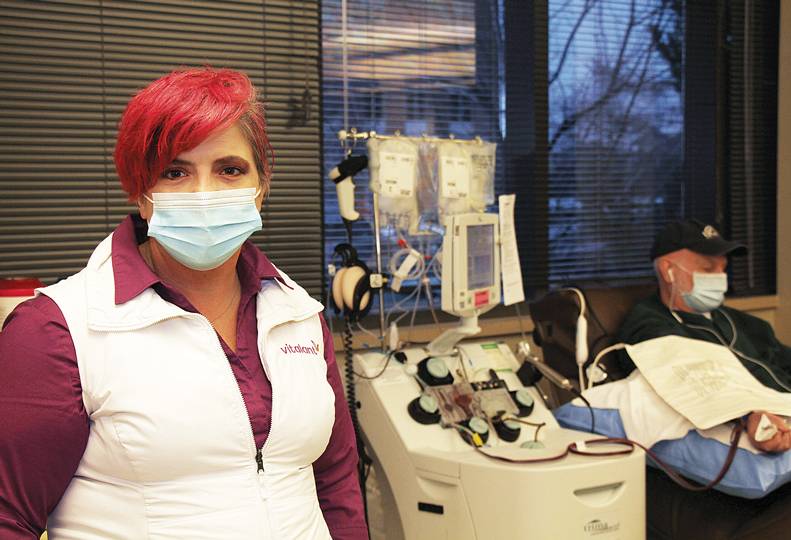 “We definitely want to be at a seven-day (supply), at any given time, especially for O’s and platelets,” Baker says.

Mellody Descoteaux, blood bank manager for Providence Health Care’s hospitals in Spokane, says Vitalant first issued an alert warning about a low blood supply in early spring, but reserves were replenished as the community answered a call to donate at the time.

That rebound was only temporary as another alert has remained in place since August due to a low level of type O red blood cells and cryoprecipitate, which Descoteaux explains is a plasma-type product.

In October, Vitalant issued a critical shortage notice calling for 1,000 additional donors a week to bolster its blood supply and to help avoid disrupting patient care.

Descoteaux says the long-lasting alert indicates to providers that they will need to manage their blood inventories carefully through December.

Baker says there is a critical need for all blood types, but especially for platelet donations and blood type O, which is given universally to those who need blood transfusions.

“During this time of year is really when we try to focus on getting new donors in and replenishing what we have on the shelves and what we’re going to need going into the holidays,” Baker says.

Christina Blasick, point-of-care coordinator at Kootenai Health, says that so far, Kootenai Health’s patients have been able to get the blood they need.

“Sometimes maybe a unit of platelets might be delayed by an hour or two, but we haven’t seen any critical impacts to the patients,” she says. “And we want to keep it that way.”

Type O blood is precious, and it’s in the shortest supply because it’s used in medical trauma situations when there isn’t time to test for the correct blood type.

Blasick oversees all patient sample testing administered outside of the lab at the Coeur d’Alene hospital. That blood typing test can be completed within minutes of the blood sample arriving at the hospital’s laboratory.

“We do that as quickly as possible so that in a trauma situation, we can convert someone to receive type-specific blood products rather than the universal type O red cells that everyone can get,” Blasick states.

Health care professionals here say the need for blood donations usually follows a pattern of increased needs during the summer and again during the holiday season. Baker says holiday parties, severe weather conditions, and winter sports all contribute to the seasonal rise of medical traumas and in turn an increased need for blood.

Baker says mobile blood drive donations for Vitalant brought in about 80% of the organization’s blood supply before the pandemic. However, mobile drives have become more difficult to coordinate at once-typical venues, including high schools, colleges, churches, and local businesses, which is one reason the supply level hasn’t bounced back as quickly as hoped.

“We generally depend a lot on high schools and colleges, and because of COVID, we really struggled. A lot of people are still working at home, so our mobile collections are being affected,” Baker says.

Before the COVID-19 pandemic started, Baker says, repeat donors typically  were older in age, and college- and high school-aged donors made up about a third of Vitalant’s blood donations. Through the pandemic, donations at educational facilities have dropped considerably, which means the blood bank has relied heavily on older donors who make it into its collection centers.

“Just now, we’re starting to get back on the campuses, but different schools have different protocols to follow,” Baker says.

Donations of blood at local businesses declined significantly as well, since many workers weren’t in the office, she adds.

Last year, there was an outcry of community support to donate blood products, Baker says. That support led to increased donations in the summer and helped blood reserves last long enough to carry the organization’s needs into the holiday season.

This year, Baker says the community is still supportive, and Vitalant’s donor base still has shown dedication, but that donating blood hasn’t been top-of-mind for many eligible donors who also are harder to reach with fewer mobile drives.

Baker’s focus now is to replace mobile drive donations by urging donors to come into one of Vitalant’s four local blood centers, which are located at 210 W. Cataldo, in Spokane; 10403 N. Newport Highway, on Spokane’s North Side; 12117 E. Mission, in Spokane Valley; and 405 W. Neider, Ste. 102, in Coeur d’Alene.

Kootenai Health’s Blasick says the hospital is currently at a Level 2 inventory alert status, which indicates to providers that Vitalant might not be able to fill hospital orders for blood immediately.

Blasick says Kootenai Health is consistently mindful of managing its blood products supplies, although the alert notice requires even more vigilance from the hospital, “because we know it’s no guarantee that Vitalant will be able to keep us at our standard stock level.”

Blasick, who is also a blood drive coordinator at Kootenai Health, says COVID-19 has impacted blood levels in two ways: The health care facility has had to cancel multiple blood drives throughout the pandemic and the blood drives she is able to host have reduced donor capacity.

“We’ve had to convert some of our big conference rooms over to COVID patient care areas. So, now the place where we were able to hold the drive can’t accommodate as many donation chairs,” Blasick explains. “We can’t even hold quite as large of a drive as we typically could this time last year and we’ve seen that reflected in our numbers.”

Descoteaux, at Providence, says the blood bank has been able to manage the current alert level and avoid entering a crisis level by constantly monitoring and scrutinizing any blood product transfusions to ensure the hospitals aren’t over-transfusing, as well as ensuring the correct products are transfused to patients.

“I can’t imagine how you take care of a trauma patient or any sick patient and not have a blood product that you need,” she says. “If every eligible donor donated at least three times a year, we wouldn’t have shortages that we have now.”

According to the Journal’s 2021 Largest Social-Service Nonprofits list, Vitalant has 177 employees and 151 volunteers. The budget for 2020-21 is $25 million and 94% of Vitalant’s funding comes from product revenue.

Jennifer Hawkins, regional director for the Northwest region and West division at Vitalant, says lower donations have not affected staffing and she doesn’t foresee a reduction in workforce levels either. Hawkins states that Vitalant is actively hiring in multiple departments and has an urgent need to hire donor recruiters and phlebotomists at its collection centers.

Vitalant, a Phoenix-based nonprofit, supplies blood products to 35 hospitals in Washington, Idaho, and Montana and is the sole supplier for both Kootenai Health and Providence Health Care facilities.