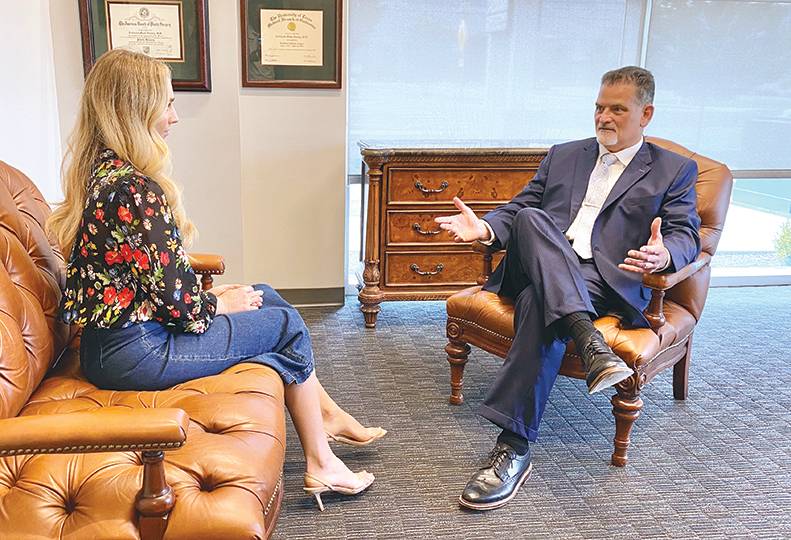 The spa will offer services that include facials, eyelash extensions, laser treatments, and an array of skincare products. The spa will share employees previously hired to the practice. A total of five employees will work at both businesses.

Owsley says the public’s perception of cosmetics has changed through the years.

“Alterations can be done more in an easier fashion, in a non-surgical way, and increasingly that has had more appeal to the general public,” he says.

The son of a one-time miner from Wallace, Idaho, Owsley, now 60 years old, says he never imagined in his youth that he’d grow up to be a plastic surgeon.

“Dad had a rule: if you weren’t in school ... then you were working,” Owsley says. “So, I basically mowed yards starting from seventh grade through my second year of med school.”

One of the yards he mowed in Wallace was at the home of the man who would become his mentor, his family physician, Dr. Hubert Bonebrake.

“He encouraged me to explore a career in medicine,” he says.

After graduating from Wallace High School, Owsley earned his undergraduate degree from Carroll College, in Helena, Montana, finished medical school at St. Louis Medical School, in Missouri, and went on to complete a six-year general surgeon program, followed by a three-year plastic surgery program, at the University of Texas.

He returned to Idaho in the mid-90s to begin his plastic surgery practice.

“This was never by design,” he says of his career.

“I realized in med school that I excelled in cosmetics and moved on from there,” he says.