Railing against fence regulations at outside drinking areas 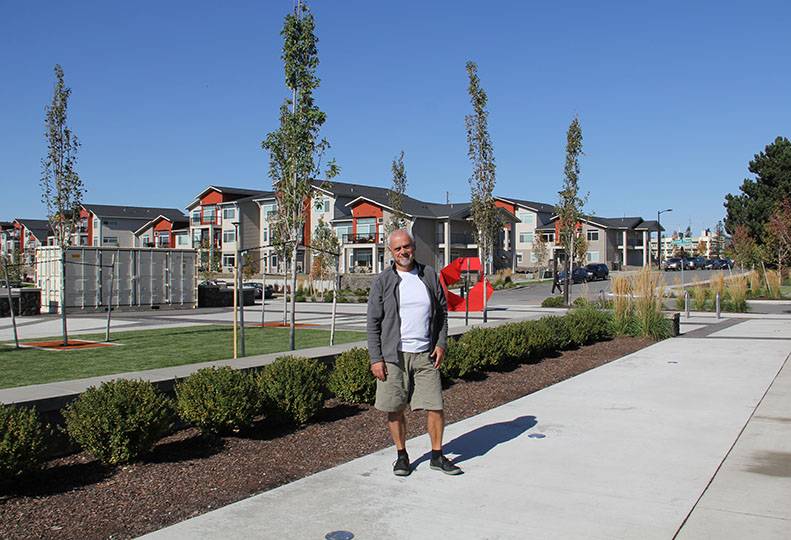 Greenstone CEO Jim Frank and Spokane City Councilman Jon Snyder are campaigning to allow Washington establishments to serve alcoholic beverages in outdoor seating areas without having to fence them in.

Under current Washington State Liquor Control Board regulations, a fence at least 3 1/2 feet high is required around any outdoor area in which alcohol is served. Both men claim that the fencing is unnecessary and can be a detriment to pedestrians.

Some Spokane-area restaurateurs, however, say they don't have a problem with the fences.

Frank says that he and Snyder have been in contact with representatives from the state liquor board in regard to this issue. However, he says, they haven't made a formal request to the board yet.

Snyder says that the requirement is something the city council can't change; the regulation has to be repealed by the Liquor Control Board. He says he has circulated a letter to the city council that he hopes the council will sign as a whole and send on to the board, requesting that cities be allowed to decide for themselves whether to require fencing. Snyder says that although the proposal is in motion, there are still rules and regulations to be determined before it can be presented to the state Liquor Control Board.

"This is not an ordinance. We are purely requesting that the board make this change," Snyder says. "We still need to hammer out the specific rules and guidelines before we make the request."

Snyder and Frank say they are working with officials in the city of Seattle in hopes that they submit the same request alongside Spokane. Officials in both cities are supportive of the change, Frank says.

Frank claims that fencing around outdoor seating areas severely obstructs pedestrian traffic and detracts from the overall aesthetic of the neighborhoods where they're located.

"Washington is one of very few states to have this regulation," Frank says. "It interferes with normal pedestrian use of the sidewalk."

For example, Frank says, the sidewalks in the Kendall Yards area, which Greenstone is developing, are 12 feet wide. Four of those feet are taken up by what Frank calls the "amenity zone," which is the area for bike racks, small trees, and other shrubs. This leaves eight feet for pedestrians, but once an outside seating area is added, that space shrinks, Frank says. Add the requisite room for wait staff and then a fence outside of that, and little space remains for walking traffic, he says.

Frank also contends that the fencing doesn't serve any legitimate purpose as far as preventing the people inside from passing liquor outside.

"There's no reason for the Liquor Control Board to be making requirements about the sidewalk," Frank says. "If the fence is to stop me from handing someone outside the fence a drink, it doesn't make sense. I can still hand someone a drink."

Mikhail Carpenter, a spokesman for the Washington State Liquor Control Board, says that the reasoning behind the fencing is to keep people from entering the seating area from outside the restaurant or bar, and the height was decided upon to make the fence "noticeable" for anyone attempting to climb over it. The barrier must be solid enough to be able to definitively separate the seating area, he says.

"It can't just be a clothesline or rope," he says.

Another detriment to the fencing, Frank says, is that restaurant patrons must walk in and out through the building to get to the outdoor seating. If fencing wasn't required, patrons could walk up and sit at the tables without first walking through the restaurant. It also would enable patrons to have pets with them when seated outside, Frank says.

However, allowing outdoor seating without fences wouldn't preclude an establishment from having such barriers, Frank says.

"We're not saying people can't put a fence around their seating areas," Frank says. "This would allow the property owner and the city to regulate what happens on the sidewalk, instead of the state."

Michael Jones, owner of Mizuna, at 214 N. Howard downtown, says he probably would keep the fencing around the outdoor seating area there even if the law changed. However, he says that the regulation as it is now is too strict and at least should be relaxed.

"I would always keep some kind of fencing, but it would be nice not to have to worry about the small details," Jones says. "If the lowest point of your fence is at all below 42 inches, you get fined. But there are no restrictions about how solid the fence has to be; you could pass a drink right through it, so it kind of doesn't make sense."

Jones says that while he would agree with Frank that pedestrians do need space to walk, he likes to have some separation between diners and sidewalk traffic.

"Pedestrians need a place to walk as well, but I'd rather not have them walk right through the patio area," he says. "Otherwise they're running into service staff or bumping into tables."

Ceals says that she thinks that the restaurant's back patio is better off being enclosed, to keep patrons from potentially wandering about with open drinks.

"It helps us keep control of any situations that come up. I can see how it might cause an issue with pedestrian traffic in a downtown area, but not with our patio," Ceals says.

Frank's says his inspiration for the campaign to change the regulation came from trips he's taken to Oregon cities, such as Bend and Portland. Oregon, he says, doesn't require any fencing of outside seating areas.