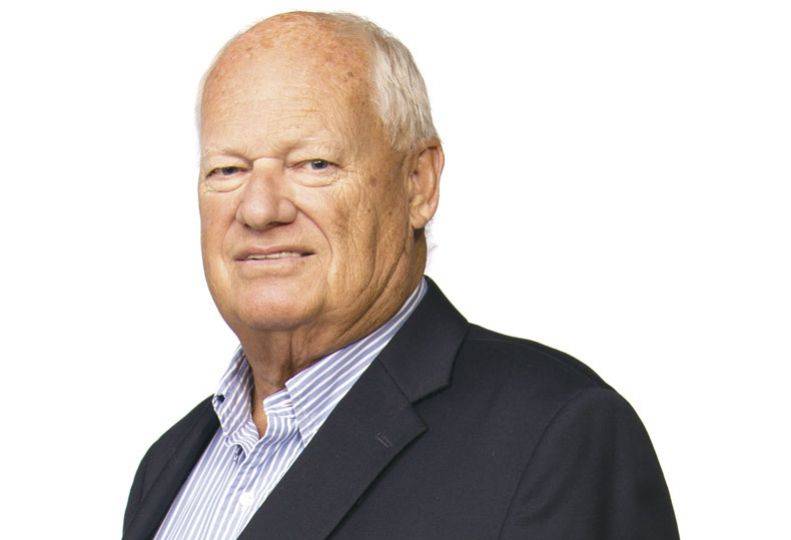 People who worked and did business with prominent Spokane developer Richard “Dick” Vandervert remember him for being a sharp dealmaker and community leader who treated everyone with the same level of respect.

Vandervert, 78, died unexpectedly of heart failure in early January, says daughter Debbie Cozzetto. He was the owner of Spokane-based Vandervert Developments LLC, a commercial development and property management company. He also was known for founding Vandervert Construction Inc., which was sold in 2014 after operating under his leadership for 28 years.

Tom Tilford, a local investor who worked with Vandervert for over 25 years, says the developer was pivotal in bringing major businesses and retailers to the Spokane market. A company that Vandervert owns redeveloped the Lincoln Heights Shopping Center, on the South Hill, which helped attract Trader Joes and other commercial tenants, for example.

Tilford says Vandervert was tough, but not mean, and was someone who cared about maintaining the properties in his care. He adds that Vandervert made concessions for some of his tenants during the pandemic because he wanted to help the businesses survive.

“As an investor, you look for a couple of things,” Tilford says. “You look for competence, and you look for character, because you’re entrusting someone with your money, and you need to feel comfortable that the person you’re dealing with will always be candid and honest. That’s certainly a hallmark of Dick’s way of doing business.”

Christenson says Vandervert was a unique person who many people may not know loved plants and animals.

“I don’t think that many people knew that he loved landscaping,” Christenson recalls.

NAI Black’s Bell says Vandervert made a lasting impression on him with the developer’s open availability and earnest advice. “He would always take a meeting, and he would always take a phone call and he’d sit you down and listen to what you had to say…and he would tell you the straight scoop. It enabled me to service my clients better because he was to the point and fair.”

Bell adds that commercial brokers wanted to work with Vandervert because he was a great deal maker and negotiator.

Susan Horton, CEO and president of Spokane-based Wheatland Bank, says Vandervert served on Wheatland Bank’s board of directors for 20 years. She says he also was a customer, a major shareholder, and a tremendous referral source of new business to Wheatland that helped drive growth of the bank.

“We were so impressed with the integrity in which he conducted his construction business that I thought it would be an amazing asset to our board if I could get the revered Dick Vandervert to serve,” Horton says. “I knew that he could help us grow … and that’s exactly what he did.”

Horton adds, “Not only did he build a tremendous real estate empire, but despite all of his power, success, and intelligence, he was just a down-to-earth, humble man.”

Christenson says Vandervert came from a humble background and worked hard throughout his life to gain the knowledge and skills that made a huge impact in Spokane.

“(Vandervert) completely changed the face of a lot of Spokane on his own,” Christenson says.

Those close to him describe Vandervert as an active community member who contributed time and resources to various nonprofits and functions.

Many in the community have shared on social media about the impact Vandervert had on them, including Chris Bornhoft, of Spokane-based Bornhoft Commercial, who worked with and was mentored by Vandervert. Bornhoft’s memorial post on Facebook gained more than 230 reactions and over 65 comments from people offering condolences and sharing fond memories.

Cozzetto, who works at Vandervert Developments, says her father was sometimes mistaken as a janitor at his properties due to his habit of beautifying properties, picking up garbage from parking lots, and pulling weeds while dressed in his signature shorts and Tommy Bahama shirts.

Prior to becoming a commercial builder, Vandervert got his start in the construction industry during his senior year at Shadle Park High School, where he worked at a Keystone Frame & Manufacturing lumbermill after school. He then attended night classes at Whitworth University and later worked as a carpenter for Boise Cascade, constructing pre-built houses.

Vandervert Developments has 24 properties and manages over 2 million square feet of commercial real estate in Spokane County; Pullman, Washington; Tri-Cities, Washington; and North Idaho listed on its website. Prominent developments include the Pacific Northwest Technology Park, at 1515 S. Technology Blvd.; the Near Northtown retail center south of the mall, at 4610 N. Division; Liberty Lake Plaza, at 1235 N. Liberty Lake Road, in Liberty Lake; and Wandermere Business Park, where the company headquarters is located, at 12906 N. Addison.

Cozzetto says no plans are in place yet to name a new company leader.

“It’s a time to celebrate all that he did for our community,” says Bell. “He’s been a great collaborator, and he’s created a ton of wealth for people in Spokane by offering opportunities for people to invest in shopping centers. Developers get vilified, but the things he’s done to progress Spokane created opportunities for employees, for investors, for retailers, and for job growth, and it’s incredible.”