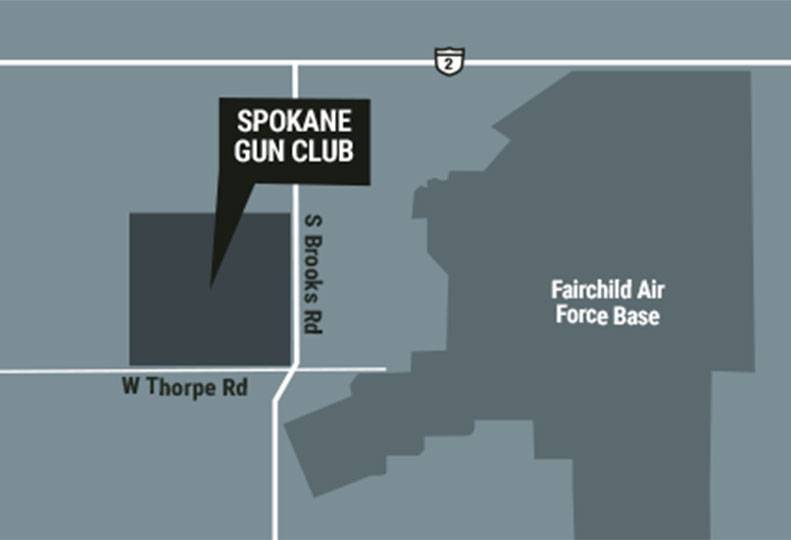 The Spokane Gun Club has purchased over 450 acres of property near the northwest corner of Brooks Road and Thorpe Road, on the West Plains, just west of Fairchild Air Force Base, where the club plans to construct a new clubhouse and trap and skeet range, says Dave McCann, Spokane Gun Club officer.

The nonprofit purchased the property for $920,000 from Oregon-based Western Pacific Timber LLC, according to the Spokane County Assessor’s database.

The Spokane Gun Club also has hired Wolfe Architectural Group PS, of Spokane, to design the new facilities, which are planned to include a clubhouse that will be between 5,000 square feet and 7,000 square feet and outbuildings for storage, says McCann.

He adds that the club also is working with WAG to develop a construction cost estimate.

A statement of qualifications request says the initial development is to include trap and skeet fields, a clubhouse, and supporting buildings.

The initial development design also is to include on-site parking for planned future RV parking development, and a 3,000-square-foot storage facility, it says.

McCann says the clubhouse will be located on the southeast corner of the property, south of BNSF Railway Co. tracks that run through the property. He adds that club representatives are working on designs with WAG to make the new facilities as space and energy efficient as possible.

McCann says the existing facilities, located on the east side of the county at 19615 E. Sprague, just outside of the Spokane Valley eastern city limits, are cobbled together and have a lot of unusable space, which the organization is trying to avoid with the new facilities design.

The Spokane Gun Club voted to sell that 99-acre property to the Central Valley School District in August 2018 for close to $8 million. There, the school district is building Ridgeline High School and plans to construct an elementary school in the future.

The gun club is currently operating under an agreement to lease the property from the school district for $10 a month until 2021 and must vacate the site no later than July 1, 2021, McCann says.

He says the club’s goal for the new range is to fit with the existing environment. He adds that the club wants to be conscientious of its neighbors and is working with the community to minimize the impact of the development on the surrounding area.

The construction timeline is contingent on county approval, he says. The club currently is seeking a conditional-use permit from Spokane County to build the gun range on the property.

McCann says a date hasn’t been set for the hearing but estimates it could happen in December, although the county has a backlog of permit requests.

Most of the club’s land studies and engineering consultations have been completed as well, he adds.

“We’re looking good. We’re just waiting to get in front of the county, and then see where we go from there,” he says.

The county permits portal lists the conditional use permit application as under initial review.

No timeline has been established as to when the club will put the project out to bid. He adds that the organization will likely work with WAG to choose a contractor.

The Spokane Gun Club is a separate entity from the similarly named nonprofit Spokane Rifle Club, which operates a gun range within Riverside State Park.