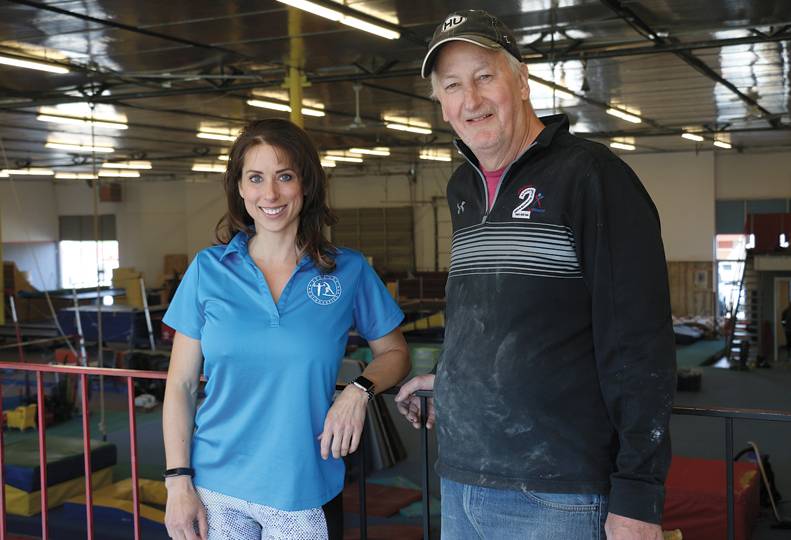 Spokane Gymnastics has acquired Northwest Gymnastics Academy and is expanding into that company’s former space at 11712 E. Montgomery, in Spokane Valley.

As part of the acquisition, Spokane Gymnastics has hired Northwest founders and coaches Mike and Nancy Armstrong.

Spokane Gymnastics owner Nadine Burgess says she hadn’t planned on expanding, but in February, the Armstrongs, who founded the academy in 1984, approached her.

“The business was struggling before COVID-19, and conversations actually started before the pandemic,” Burgess says. “There would be a void if what Northwest Gymnastics offered no longer existed. We’re grateful that we’re able to continue that.”

Burgess says Spokane Gymnastics has taken over the lease of the Northwest Gymnastics space and bought its equipment, but declines to disclose additional details of the acquisition.

“We just didn’t have the coaches for it, or, frankly, the space,” Burgess says. “They have a great history with high-level competitive gymnastics, where we’ve been more focused on instruction. By combining forces … we can have the best of all worlds.”

Burgess says some space at Spokane Gymnastics Pines will be devoted to Spokane Aerial Performance Arts, which was displaced after a fire damaged its previous facility and equipment.

Spokane Aerial Performance Arts has been operating out of Spokane Gymnastics’ 30,000-square-foot facility at 2515 N. Locust Road, in Spokane Valley. That building is now known as Spokane Gymnastics Argonne Village.

A few hundred former Northwest students will join Spokane Gymnastics’ 2,200 students as soon as businesses such as fitness facilities are deemed safe to reopen.

Burgess says she expects several former Northwest instructors will join Spokane Gymnastics as part-time coaches; four of those instructors have applied for jobs.

“When we’re about five or six weeks out (from reopening), then we’ll start hiring,” Burgess says.

Burgess says she hopes to start team gymnastics training next month and begin classes in July, but she’s watching carefully to see what other gymnastics facilities in other states are doing.

When the gyms can reopen, team programs will be held at the Pines location, while classes will continue at the Argonne Village location.