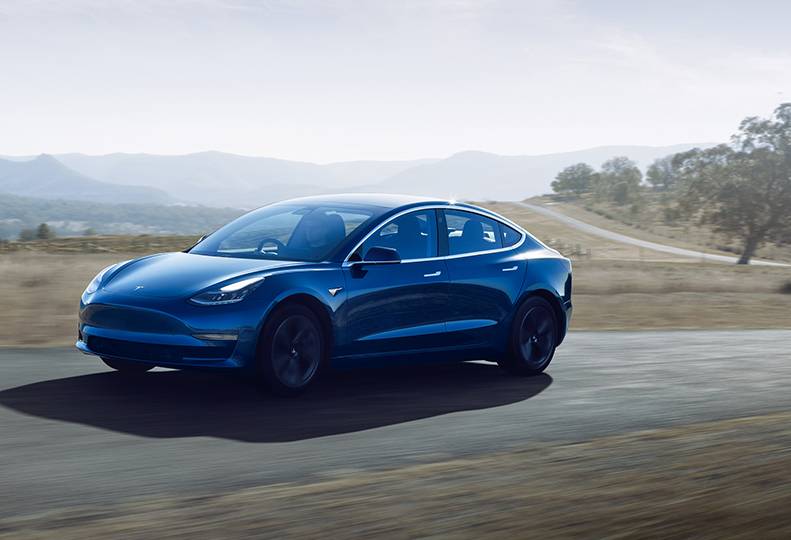 Tesla applied for a change-of-use permit at its facility at 3304 E. Springfield, near Playfair Commerce Park, early this month following a site visit by inspectors in March who deemed a change of use was necessary due to the storage of batteries on site, according to permit documents.

The facility currently is open for business by appointment only, according to the company website.

Along with the Spokane service center, Tesla now has four facilities in Washington state with a store in Lynnwood and stores and service facilities in Bellevue and Renton.

The Puget Sound Business Journal reported last week Tesla is planning a third service center in South Seattle, at 2200 S. Sixth, with work valued at about $700,000.

In total, the company has 113 facilities in 32 states. The company had over 48,000 employees worldwide last year, according to the company’s website.

There are currently eight public Tesla charging stations in Spokane County and five in Kootenai County, according to Tesla’s website.

The company is planning to install 10 more superchargers in Washington, according to its website.

The manufacturer first applied for building permits in Spokane in 2018 to renovate the 12,200-square-foot warehouse facility on Springfield Avenue, work on which wrapped up in late 2019, according to permit information.

Spokane-based LB Stone Properties LLC, which owns the property, was the general contractor and developer on the renovation. No project valuation is listed on the documents.

LB Stone purchased the property in December 2017 for $375,000, according to Spokane County Assessor’s Office records.

Tesla was founded in 2003 and specializes in electric vehicle manufacturing and battery energy home storage.

The company is poised for further growth this year and announced earlier this month it has selected Texas for its next Gigafactory site.

A Gigafactory is Tesla CEO Elon Musk’s term for its massive manufacturing factories, which thus far have been over 1 million square feet apiece. To date, the company has two Gigafactories well underway, according to its website. Its first Gigafactory, located in Sparks, Nevada, was about 30% completed in mid-2019, and had about 5.3 million square feet across seven floors. Upon completion it’s expected to be the largest building in the world.

The company is planning to build three Gigafactories on three separate continents this year, according to its Q2 2020 update.