The Y now: Acquisitions boost revenues at the YMCA 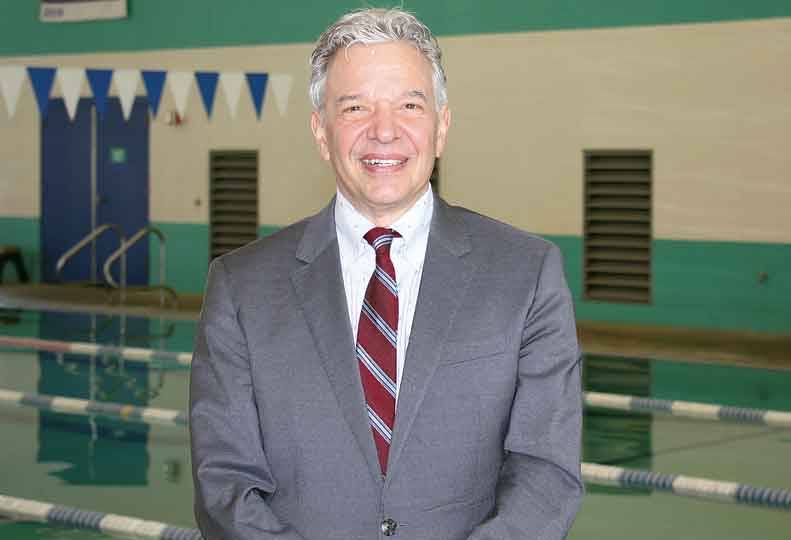 -Alla Drokina
Steve Tamarro, president of Spokane-based YMCA of the Inland Northwest, stands in the organization’s facility at 930 N. Monroe.

The YMCA of the Inland Northwest’s annual budget has crested $20 million this year, thanks in large part to the addition of new facilities on Spokane’s South Hill and in Sandpoint.

The previous year, the organization operated with an $18 million budget.

Stephen Tamarro, president of the Spokane-based YMCA organization, says acquiring the Gold’s Gym location, at 2921 E. 57th, was part of a strategy to engage new markets and expand the YMCA’s mission in the community. The acquisition was funded through earned revenue and contributions, he says.

Many South Hill residents weren’t coming to the central branch, and this was a way to reach out to them.

Still, he says, “The ultimate goal is someday we build a big, brand new facility out there.”

Tamarro projects a capital campaign for a South Hill location would involve raising $20 million and part of a three- to five-year process. Currently, Tamarro is looking for a 15-acre parcel of land before a feasibility study can occur and prior to seeking out donors for a capital campaign. It’s an effort trying to find land large enough to accommodate the building, parking spaces, and amenities the YMCA will offer, he says.

“Some of it is timing, and that’s the difficulty, timing your campaign at a time when there’s not a lot of campaigns running in your community,” Tamarro says.

In North Idaho, YMCA acquired the former Sandpoint West Athletic Club in December, giving it five fitness facilities in all. The others are located at 930 N. Monroe, in Spokane; at 10727 N. Newport Highway, just north of Spokane; and at 2421 N. Discovery Place, in Spokane Valley.

Tamarro says the current facility provides the YMCA with a strong presence in Sandpoint. He says the YMCA will be looking to raise $4.1 million for the Sandpoint facility, which is called Litehouse YMCA. Sandpoint-based Litehouse Foods Inc. made a significant lead gift to the capital campaign, which led to the naming opportunitiy, Tamarro says.

“We’re running a capital campaign right now in Sandpoint that’s designed to allow us to expand the facility we bought and offset some of the acquisition costs of getting that facility, but capital campaigns are really targeted to brick and mortar,” he says. “If you want to build something, you’re going to run a capital campaign.”

He adds, “What the contributions do is allow us to live our charitable mission.”

He projects that the YMCA is looking at a 3.5 percent increase in fundraising this year, not counting the capital campaign in Sandpoint.

“It’s our annual campaign and our fundraising in general which helps us do that,” Tamarro says.

With 1,135 volunteers helping the YMCA annually, the nonprofit has awarded $1.8 million in financial assistance to members of the community.

The 900-employee nonprofit raised $500,000 in annual support last year, and with money from foundations and other sources, the total raised exceeded $1 million, Tamarro says. Of the $500,000, about $85,000 came from the YMCA’s own employees, Tamarro says.

“That’s not just me or the senior staff giving. I’m talking about entry-level wage people like lifeguards and summer camp counselors and custodians supporting the campaign,” says Tamarro. “And that’s a great story … how much our own workforce supports the campaign.”

The employees believe in what the YMCA does and want to support the mission, he says.

Tamarro lists United Way of Spokane County as being one of the local organizations that supports the YMCA’s early learning program, giving about $60,000 toward that every year.

Most of the 105 kids in the early learning program are financially assisted, he says.

“We lose about $300,000 a year running that program, but we believe getting kids ready for kindergarten is important, so that’s our mission. That’s our give back to the community,” Tamarro says.

The YMCA reports serving more than 34,400 free meals to children last summer to combat hunger. During the school year, it also offers underprivileged youth free dinners on weekdays without a requirement for involvement in any programs. After-school programs including teen mentoring and tutoring aimed at providing youth with a safe place to be.

“It’s beyond brick and mortar. It’s about the Livestrong program and our healthy living initiatives, where we do things to fight chronic disease. It’s about mentoring programs for teens,” Tamarro says. “It’s about the mission stuff we do. (It’s) not just a facility with a treadmill in it.”

The Livestrong program helps recovering adult cancer survivors find connection. It provides them with resources for physical and emotional rehabilitation, such as nutrition guidance, specialized trainers, and community support.

“(From) the South Hill to this office (YMCA headquarters) is five miles, and in that five-mile drive, the life expectancy in each of those places is 15 years difference,” says Tamarro. “So, what you have is a tremendous health disparity in this community.”

Tamarro says one way to be effective in combatting a health disparity is to run programs like Pathways to Wellness, a partnership the YMCA has with Community Health Association of Spokane that brings CHAS medical staff to the YMCA to work with its wellness coaches to help patients.

“Nobody gets turned away from the Y for their inability to pay,” Tamarro says.

The YMCA has membership for all, which allows people to pay based on income level.

Under the social responsibility umbrella of its mission, the nonprofit works with refugee aid organization World Relief Spokane, putting on a Welcoming Week for new refugees and immigrants to the community.

A Retired and Senior Volunteer Program brings senior volunteers together for partnerships that address community needs.

“I think it’s worth reiterating that in this organization in any one given day, there’s a child as young as 6 weeks (old) and an individual in their 90s in one of our facilities,” Tamarro says.

Tamarro says that one of the ways the Spokane community has changed is more people find themselves facing a lower wage. Citing a United Way report, he says the working poor make up about 40 percent of the Spokane population.

“If we continue to see that piece of the economic pie getting larger, meaning more people that are working poor and below, that’s going to affect business,” Tamarro says. “It certainly affects charitable giving.”

Spokane has a caring and philanthropic community, he says, but despite that it is becoming more difficult to raise money, when wages aren’t growing.

“We have to continually do better in the fundraising game,” Tamarro says.