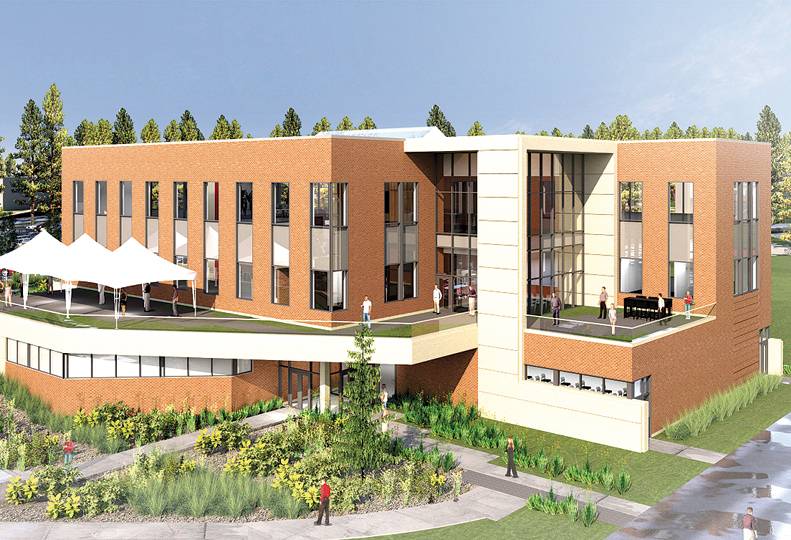 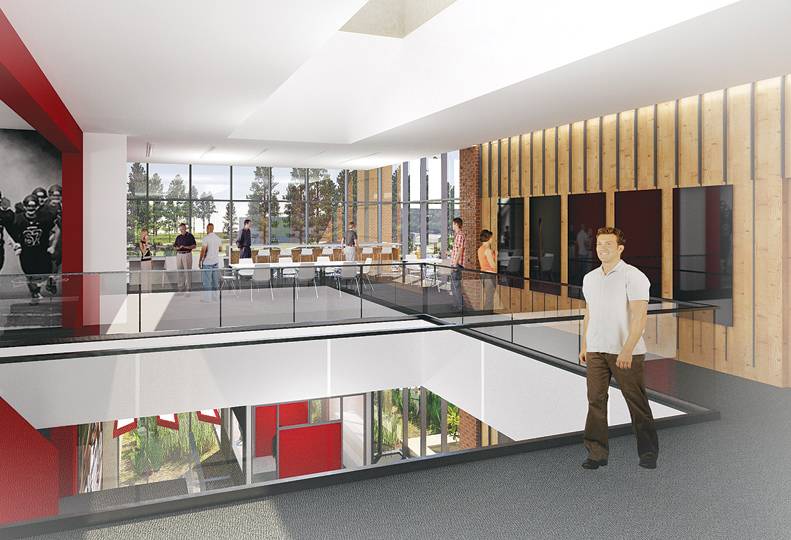 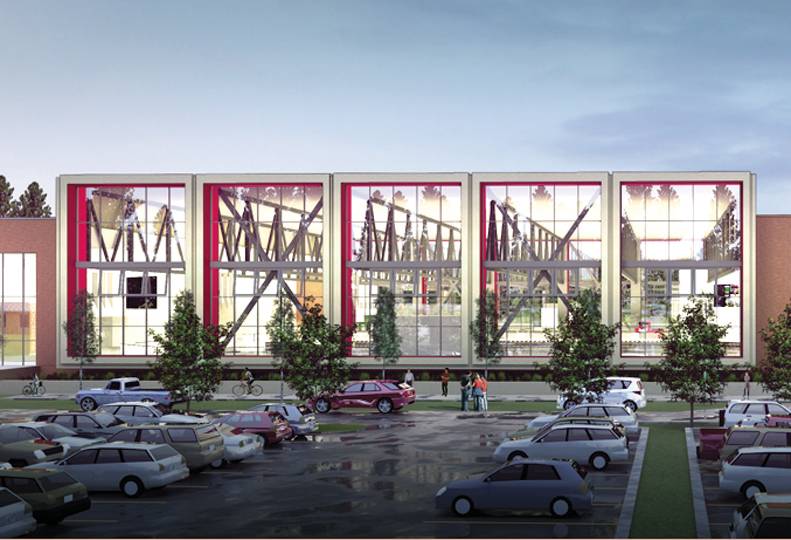 Located next to the Fieldhouse on the northwest side of campus, the new center will house the university’s athletic coaches’ offices on the top two floors. A new locker room for the school’s football team, coach’s locker rooms, and meeting rooms will occupy the ground floor.

Tad Wisenor, assistant vice president of university advancement, says the coaches’ facilities currently are located in five buildings, including in the basement of Graves Gymnasium, which was built in the 1940s.

“Our athletic coaches have been housed in subpar space in up to five different buildings for a number of years,” he says. “We have 20 active sports and a lot of folks serving those teams … we know that both from a recruiting and a team building standpoint that this was a primary facility need.”

Wisenor contends roughly one in five undergraduate students at Whitworth come into contact with the athletics department on the varsity sports level.

The football locker room also needed an update, he says. Currently, the football team’s locker room is in the Graves Gymnasium, and players must share lockers. The new facility will have 130 lockers.

“We just need space for that group,” he says. “We’ve certainly achieved success with that team as of late, and we want to give them a space that’s worthy of that continued success.”

Walker Construction Inc., of Spokane, is the contractor on the project, and ALSC Architects PS, also of Spokane, designed it.

Construction began in late March and is anticipated to be completed in April 2020.

Wisenor says the location has been used as a parking lot, but that was removed last summer so infrastructure and site work could begin. The foundation for the center was expected to be poured this month.

Wisenor says the university’s long-term goal is to attach a new event center to the athletic center to replace the fieldhouse.

“This is the first, smaller, but most important phase of what will be a long-term goal of replacing our home for indoor athletics,” he says.

The fieldhouse currently accommodates the basketball and volleyball teams, as well as the sports medicine department.

Funding for the project is almost complete, Wisenor says, with just over $11 million raised, a majority of which came from donors and bond refinancing.

A large number of football donors also each gave $1,000 to the project, he says, and will have their names engraved on the lockers in the new football locker room.

Other current campus projects include the ongoing renovation of the Whitworth Aquatics Center, which will include the installation of floor-to-ceiling windows to provide more natural light, the resurfacing of the pool deck, and a new pool evacuator system, and upgrades to the heating, ventilation, and air conditioning systems.

Work on the aquatics center is expected to be completed this summer.

The Cowles Memorial Auditorium also is being upgraded, with the installation of a new main stage, new curtains, lighting, and a new motorized rigging system. A new theatre shop with ramp access will also be constructed.