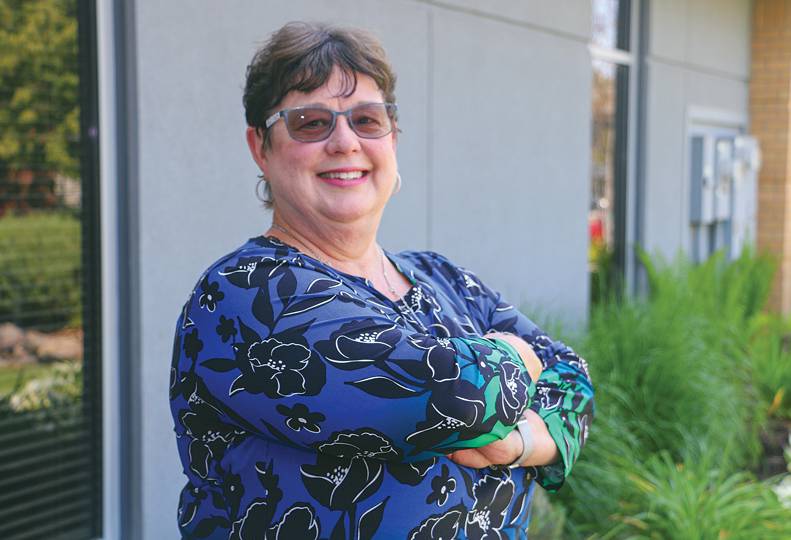 In February, Spokane Media Federal Credit Union President and CEO Debie Keesee became one of 13 founders of a group that provides support for female leaders of small-asset credit unions.

The new group, called the Credit Union Women's Leadership Alliance, is open to female leaders of credit unions that have less than $300 million in assets.

"Women behave differently when there are men in the room, and there's a need for a safe space where it's just women," Keesee says.

After some brainstorming, Newfarmer and the two organizations began reaching out to female CEOs at small credit unions, including Keesee. In late 2019, the founding members of the Credit Union Women's Leadership Alliance met in Texas for two days of brainstorming and discussion meant to jumpstart the association.

"We came out of those two days of meetings saying we want an organization for credit unions of less than $300 million in assets that have female CEOs to support each other, to … allow them the ability to mentor, to exchange ideas, to collaborate," Keesee says.

Of the nine credit unions headquartered in the Spokane area that have less than $300 million in assets, seven are currently led by a female CEO.

"We're facing the same challenges and trying to come up with innovative solutions, instead of just having the solution of 'let's merge' being the only choice you feel like you have," Nemec says.

"We would be able to lift those women up to be able to potentially move up the ladder, if that's what they want to do," Keesee says.

According to industry publication CU Times, nearly 52% of all credit unions in the U.S. are led by female CEOs.

However, the larger the credit union, the smaller the proportion of women in the C-suite. About 19% of U.S. credit unions that have assets between $250 million and $750 million are helmed by women; 14.2% of credit unions with $1 billion to $3 billion in assets have a female in the CEO role.

Of the 13 credit unions with a presence in the Spokane area, eight are led by a female CEO. More than half of those female CEOs are at a credit union with less than $100 million in assets.

Three credit unions headquartered in the Spokane area have assets of more than $1 billion. One of those, Numerica Credit Union, has a female CEO. Carla Cicero has led the Spokane Valley-based credit union since 2011.

Cicero says leading a small credit union can be a step toward greater leadership within the industry.

"I started my CEO career at a small credit union, which then grew over time and prepared me for my position at Numerica," Cicero says. "There are significantly more small credit unions than large in the U.S., so there are more opportunities for women and men to get their foot in the door.”

"A small credit union is clearly going to have a salary range that's lower than a large credit union," she says. "Potentially, women are willing to work for less than men."

Keesee says she hopes to replicate within the Credit Union Women's Leadership Alliance some of the camaraderie female credit union CEOs here have built.

"The female credit union CEOs here are pretty close and do a lot of collaborating, a lot of the things the Women's Leadership Alliance is trying to do," she says.

While the Credit Union Women's Leadership Alliance is still in the formative stage, more than 50 women have joined so far, she says.

The group is working to create a mentorship program, monthly social events, and quarterly leadership meetings, all of which will take place online for the time Keesee says.

"Our goal is to ensure that anyone who needs support is able to find support, that if you become a new CEO, you have an experienced CEO to reach out to," she says. "It's about reaching out to someone who's not going to judge you, to someone who's walking in the same shoes you're in."

"Two or three of them were pretty new CEOs, and they were asking about policies and procedures," Keesee says. "We also talked a lot about COVID. We talked about how you're opening your lobbies. Are you requiring your team to vaccinate or not?"

While the group is focused primarily on the industry, topics specific to female CEOs will be vital to creating a support network, she says.

"One of the things we have to talk about is work-life balance," she says. "That's so tough for women to do."

Nemec says CEOs of smaller credit unions have fewer employees to rely on to help with the workload. At SMFCU, for example, Keesee is one of four employees.

"At some of these smaller credit unions, the CEO is wearing every hat," Nemec says. "I have a high degree of respect for people who do that. I think the work-life balance is hard to achieve, especially in that environment."

Keesee, who has been in the industry since 1976 and raised her children while working full time, says she doesn't want other female CEOs who have families to feel as if work must always come first.

"As women, we feel we have to give up one or the other," she says. "As a CEO of a credit union, my job is never not with me. There are a lot of women who have said that same thing."