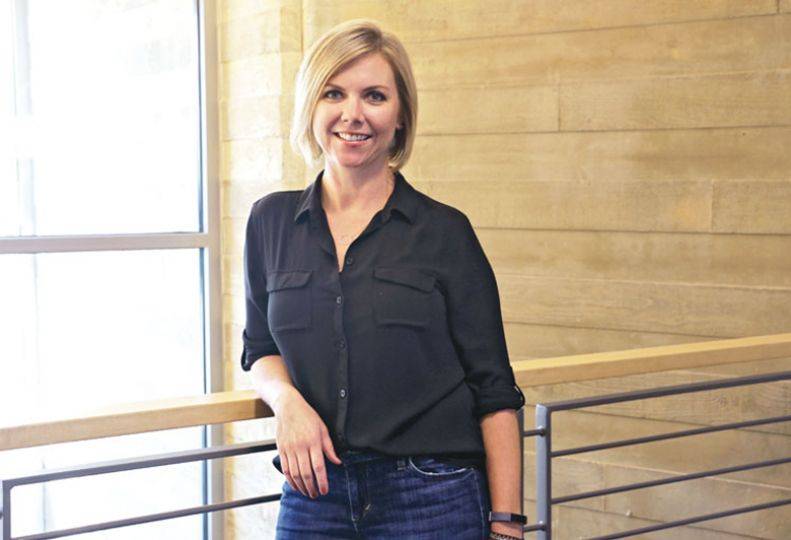 -—Natasha Nellis
Jen Snell, vice president of product marketing for a unit of Verint Systems Inc., started with Next IT Corp. when it was in its infancy, years before it was acquired by the larger New York-based company.

In her 12 years of working at Next IT Corp., now a part of customer engagement company Verint Systems Inc., Jen Snell says she's never once been bored.

The 38-year-old vice president of product marketing for Verint's intelligent self-service business unit joined the company in its early startup days, before Siri and Alexa were household names.

"We were still learning how to do what we do and get the outcome, so I got to do a lot of different things," Snell says. "It became apparent that we needed some focus in marketing, so I developed my own role for marketing, and I've been there ever since."

Snell grew up on a wheat farm near the tiny town of LaCrosse, Wash., about 80 miles southwest of Spokane, in Whitman County. She attended Washington State University, where she says she changed her major several times before settling on advertising. She graduated in 2002 and completed an internship with the Seattle Sonics before returning to Spokane. While working at advertising agency WhiteRunkle, Snell heard about Next IT and decided to visit the company's offices. She says she was hired on the spot.

"We've evolved as a startup. We've pivoted into different areas and focuses, and all along the way, it's been really exciting to be part of," Snell says. "I'm trying something new every day. That's why I think I've been here for 12 years."

Next IT was founded in 2002; in December 2017, the company was acquired by New York-based Verint. Snell says being part of Verint gives her company a competitive edge.

"I want to see Verint, specifically this business unit and Next IT, compete in what is becoming a really competitive market," Snell says. "Our competitors have gone from some niche players to Microsoft, Google, Amazon."

One of the projects Snell has worked on involved building an artificial intelligence health coach in an effort to get more patients to follow their doctors' recommended treatments more closely. It was the company's first foray into the health care industry, and Snell says she was pleased to see positive feedback after the health coach was launched.

Snell says she considers many of her peers to be sources of inspiration, as well as Tracy Malingo, senior vice president of product strategy for Verint.

"I've watched her over the last two years, and I admire her approach and perseverance in really difficult situations," Snell says.

Her parents also inspire her, particularly her father, who still farms wheat in Whitman County.

Snell says her path to success has been "organic," depending heavily upon her ability to be decisive and her desire to succeed.

"I remember I had a conversation with one of my co-workers years ago, and he asked me 'what drives you?' and I said 'winning.'"

In 2014, Next IT named Snell its Innovator of the Year. Snell was also named 2015 Trailblazer of the Year silver winner by New York-based pharmaceutical marketing publication PM360. She's written articles for VentureBeat and TechCrunch.

She says she believes it's important for her not to take herself too seriously.

"I feel like the moment I take myself too seriously, that’s when it's not fun anymore," Snell says.