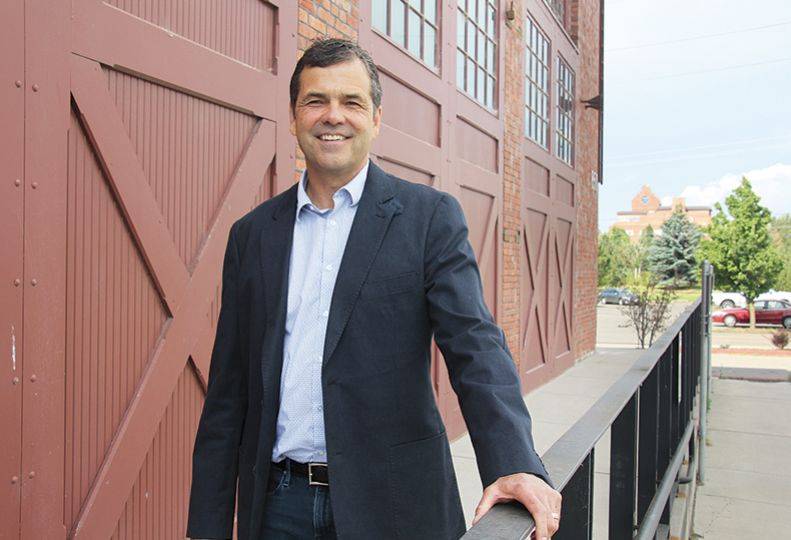 McKinstry Co. has doubled the size of the renewables and energy-efficiency team at its Spokane office in the past three years and expects growth in that sector to continue, as recent federal legislation aims to make clean energy technology more accessible.

Dale Silha, vice president of energy and technology services at the Spokane office of the Seattle-based contractor, says about 30 of McKinstry’s 128 Spokane-based employees now work in the renewables and energy-efficiency services portion of the company here.

“In 2019, I had said we’re going to double our business by 2025,” says Silha, speaking of McKinstry’s presence in the renewables market. “I was thinking I was being a little bold at the time.”

Finding qualified employees to add to the renewables and energy-efficiency team has been a challenge, he says. McKinstry has worked to increase the knowledge and skills of its employees in a strategy meant to shore up its existing workforce while it also is recruiting externally.

“We spend a fair amount of time developing people,” Silha says. “We have a number of associates that we bring into a development role to give them opportunities in different roles and experiences, provide the coaching and training, and ultimately find those people that fit within a certain niche over time. We’ve probably developed as many people internally as we’ve hired externally.”

Silha estimates McKinstry’s workforce in Spokane will increase by an additional 25% in the next five years to meet demand, which would put the total number of employees here at 160.

The company’s other 98 employees in Spokane work in areas such as engineering and design, fire protection, mechanical and plumbing services, and wireless connectivity solutions. Its client mix includes educational institutions, residential developers, and city, state, and tribal entities.

Clean energy refers to energy generated from sources that don’t produce greenhouse gases, such as wind, solar, nuclear, and geothermal power, as well as energy stored and managed with the goals of energy conservation and greenhouse gas prevention.

“When you think about cost reduction, resiliency, independence, and being able to reduce impact on carbon and overall air pollution in local areas, there’s almost a driver for everybody,” Silha says. “In Eastern Washington, it’s around being cost-effective, for the most part.”

“The ability of storage is what starts allowing you to achieve the efficiencies of getting the right energy at the right time in the right place, and not wasting anything that we’re using,” Silha says. “The technology to do that is the newest thing out there that nobody sees or knows.”

The Catalyst building on the southern edge of Spokane’s University District uses both solar power and battery storage. McKinstry plans to move its Spokane operations on Sept. 23 to the fifth floor of the Catalyst building from its current space at 850 E. Spokane Falls Blvd.

“Being able to store, move, and share energy gives you more flexibility to more fully take advantage of solar power,” Silha says. “We can produce energy, store it, and then during peak times we can deploy the stored energy in a way that minimizes the impact out to the energy grid.”

However, such technology is expensive. Cost can be a major factor that prohibits some building owners from investing in clean energy options, Silha says. Funding for such projects can be especially difficult for public entities to secure.

“There are significant requirements and standards across the industry, but there’s no funding for public buildings to deal with that,” Silha says. “Most buildings have older systems that are not operating efficiently, and yet, the amount of money required to be able to replace them would be substantial.”

Silha says that the Inflation Reduction Act, signed into law by President Biden on Aug. 16, will be a significant help to building owners seeking to upgrade their energy infrastructure.

Silha says that many tax credits related to renewable energy sources were declining as tax incentive programs expire or slow down. There also were previously no tax credits available for energy storage.

Tax credits provided through the Inflation Reduction Act for clean energy represent a tax credit of up to 30%, Silha says, meaning a building owner who decides to install a solar array this year will pay about 30% less than they would have two years ago for the same array. Tax-exempt organizations, such as public schools, can use a direct pay option to cover projects.

“Being 30% more cost-effective suddenly changes the game of how many people would deploy the technology,” Silha says. “It creates a tremendous investment opportunity for folks, for both private and public sector.”

“With the additional funding that’s beginning to percolate and come through, my outlook is that it’s going to continue to grow and be more prevalent,” Silha says.

He adds, “We’re anticipating that it will greatly increase the amount of work that’s done in the next five years.”