Wedding venues are busy with nuptials as many reschedule 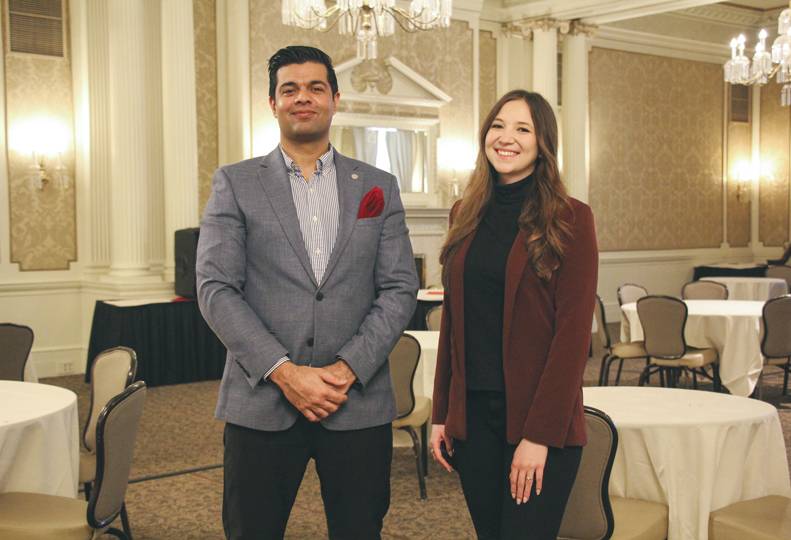 Wedding venue managers in Spokane say a rebound in the number of bookings signals a resurgence for the industry, though many weddings scheduled for 2022 had originally been postponed due to the COVID-19 pandemic.

Ellie Aaro, owner of Beacon Hill Catering & Events, says the venue in northeast Spokane is recovering fully from the 2020 crash in demand.

“When I say full recovery, there’s definitely some asterisks there. In 2021, probably a third to half of the weddings were rescheduled weddings from 2020,” Aaro says. “I hate to paint too rosy of a picture, because there’s so much ongoing recovery.”

Beacon Hill has about 65 weddings booked at its main venue, Aaro says. The events and catering company will be involved in an additional 40 off-site weddings.

“That’s about 10% to 15% above where we normally would be with our bookings,” she says.

According to the Journal’s 2022 list of banquet and meeting facilities, venues in Spokane rent for anywhere from $600 for the Glover Mansion, on the South Hill, to more than $4,000 for Chateau Rive at the Flour Mill, on the north bank of the Spokane River.

John Sessions is the founder of the Historic Flight Foundation, a nonprofit vintage aircraft museum located in a 21,000-square-foot museum hangar at Felts Field, at 5829 E. Rutter. The hangar, which opened in late 2019, doubles as an events venue.

Sessions says 12 weddings are on the books for 2022. The Historic Flight Foundation hosted about 15 weddings last year.

“There’s an abiding appetite for events, including weddings,” Sessions says. “I’m hoping that with the (COVID-19) case counts going down, by March or April, everybody will feel like they can be safe in a group this summer.”

“It’s a holdover of so many people waiting in 2020,” Jackson says. “Now, we’re seeing record numbers in the summer.”

“At least half are rescheduled,” Sandhu says. “There were some weddings that were rescheduled three or four times.”

Many couples had planned their weddings in 2020 but held off on booking venues until after the worst of the COVID-19 pandemic. Sandhu says that not all couples rescheduled their wedding.

In an effort to be more flexible for engaged couples in the COVID era, the Spokane Club waives cancellation fees for most couples, Sandhu says.

One couple recently had to cancel their wedding, due to the omicron variant of the COVID-19 virus, just days before the event was to take place at the Spokane Club. Sandhu says a bride to be married on a Saturday called him the Monday before.

“She said, ‘All my guests are sick, I don’t know if they’ll make it to the wedding,’” Sandhu says.

Spokane Club’s chef often is able to avoid food waste if a cancellation or sudden rescheduling occurs before food is ordered for the week, he says.

“There were times when he did order, but the right thing to do is not to charge someone for something that isn’t in their control,” Sandhu says. “We used that food and incorporated it into our restaurant menu and other events.”

Sandhu cautions that many venues are abandoning more permissive cancellation policies adopted at the beginning of the pandemic.

“As businesses go back to normal, they might not be as flexible as they were 1 1/2 years ago,” Sandhu says.

Anastasiya Mayerchuk, marketing and innovation manager at the Spokane Club, says she’s learning firsthand the stresses of being a COVID-era bride.

Sandhu says many online resources offer advice and ideas for those getting married during the pandemic.

“All these resources are experience-based, not research-based, but still, you have something to give you more confidence,” he says.

Mayerchuk says many brides also share experiences and advice with one another.

“Past brides who had their weddings at the peak of COVID are passing on the wisdom and things they’ve learned down to newer brides,” she says.