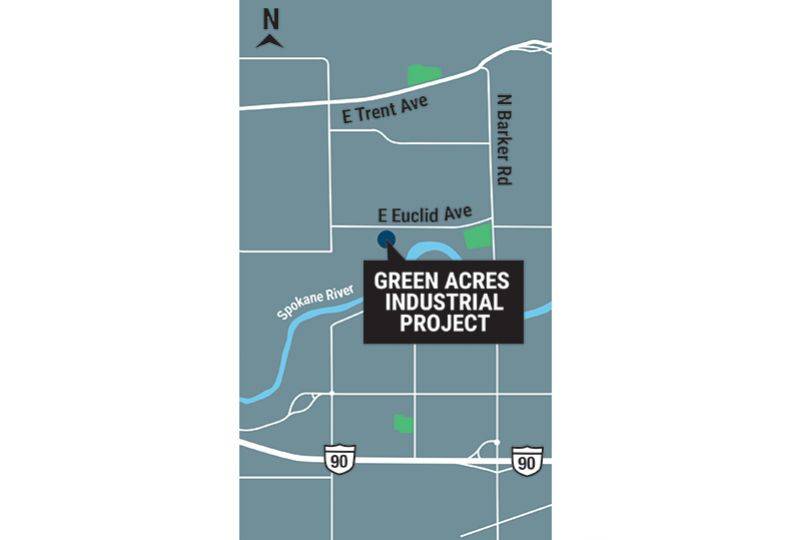 A new 193,000-square-foot facility is planned on 17710 E. Euclid Avenue, just north of the Union Pacific main line and roughly halfway between Flora and Barker roads.

According to building permit application details filed with the city of Spokane Valley, code-named Green Acres, the project is valued at $17 million and will be developed on 10 acres of vacant land owned by Spokane Valley-based concrete contractor Greenacres Gypsum & Lime Co.. A representative of Greenacres Gypsum & Lime declines to comment on the project.

The Renton, Washington-based office of Panattoni Development Co. is developing the project, and Minneapolis-based Nelson Worldwide LCC is listed as the project’s architect. The permit information says a contractor hasn’t been selected yet for the project.

The permit information also doesn’t identify an occupant for the building.

Panattoni, headquartered in Irvine, California, is responsible for other large-scale projects in the Spokane area, including a 280,000-square-foot structure presumed to be an Amazon sorting facility under construction at 6125 S. Hayford Road, on the West Plains, as reported by the Journal earlier this year. That project, valued at $23.6 million, is just west of the megaretailer’s fulfillment center at 10010 W. Geiger Blvd.