Building to have twice the space of existing Napa Street structure 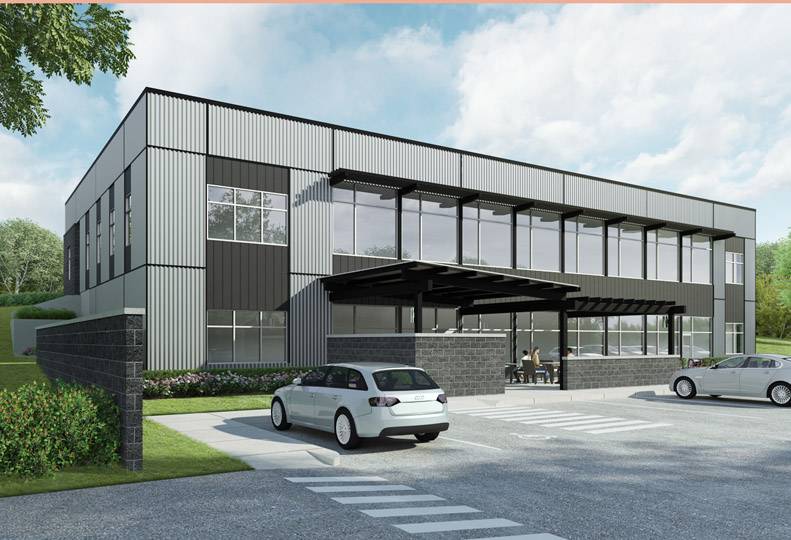 -—Wolfe Architectural Group PS
Bouten Construction Co. is building its new headquarters next door to its longtime location. The new structure is expected to be completed next June.

The new building will have 15,600 square feet of floor space, more than twice the space of Bouten Construction’s current corporate office, says Bouten.

The company’s longtime office building was constructed in 1946, two years after the company was incorporated, by Bill Bouten’s grandfather. It was expanded in 1959 and again in 1991.

“We’ve just outgrown it,” he says. “We have way more people in that building than what it was designed for.”

Twenty-five employees, including administrative and accounting staff and project managers, operate out of the current corporate office space, and Bouten says employees sometimes have difficulty finding room to meet there.

The new building will have an exercise room, a lounge, a kitchen, and conference, meeting, and training areas.

“The (new) office is designed to promote collaboration among staff,” Bouten says. “It has some nice, big open work areas and spaces where people can work together and not be pigeonholed in individual offices.”

Construction is expected to be completed in June 2019. Wolfe Architectural Group PS, of Spokane, designed the new structure.

Bouten Construction also has a second office in Richland, Wash., at 295 Bradley Blvd., with eight employees. In total, however, the company has roughly 100 employees, including those who work primarily in the field.

Current and recent Bouten Construction projects include a $17.5 million housing project for the Ronald McDonald House of Charities of the Inland Northwest, at 1028 W. Fifth; the $7 million, 20-bed Riverview Retirement Community memory care development, at 1952 N. Granite; and a $61.9 million facility for Washington State University’s College of Veterinary Medicine, in Pullman, Wash.