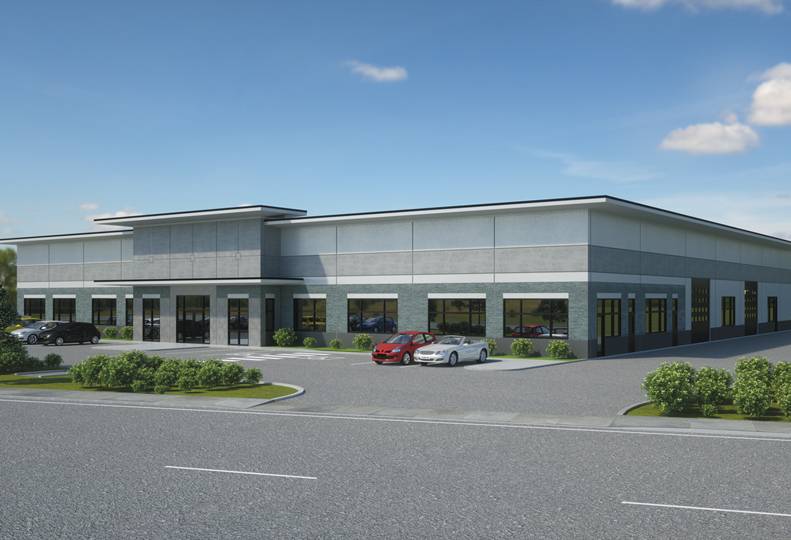 -Architectural Ventures
Swiss Productions Inc. plans to move to Liberty Lake from Ventura, California, once its new facility is completed in 2022. Divcon Inc., of Spokane Valley, is the contractor on the project.

Ventura, California-based Swiss Productions Inc. is planning a new 25,700-square-foot manufacturing facility in Liberty Lake, where it will move its operations when the project is completed in 2022, says Richard Petrash, senior vice president and chief operating officer.

The new facility, to be located at 2322 N. Madson, at the southeast corner of Madson Street and Knox Avenue, will be a single-story, concrete tilt-up structure, says Petrash.

Between 75% and 80% of the family-owned manufacturing company’s business is in the medical industry, and the company has seen large spikes in demand as the coronavirus has spread worldwide, Petrash says. In particular, the company manufactures nondisposable syringes for medical testing, he says.

Washington Trust Bank and the U.S. Small Business Administration are financing the project, he says.

The facility will be climate controlled to eliminate large changes in ambient temperatures and reduce the potential for product issues, Petrash adds.

“We do a lot of plastics, so we have to maintain some really tight tolerances,” he says.

Other site improvements include over 40 parking stalls and landscaping, site plans show.

“We built a tilt-up in Ventura about 25 years ago, so we kind of knew what we wanted to do,” Petrash says, adding that the structure also will include overhangs on the top of the building to add architectural features and set the building apart from others.

Work on the project is slated to begin this month and wrap up within two years, Petrash says. Once work is completed, roughly 15 employees and about half of the company’s equipment will be moved into the space, he says.

Those 15 employees will consist of members of the founding family, he adds.

Swiss Productions then will begin hiring 30 to 35 new employees, after which the company will finish moving the last of the equipment to the new facility, Petrash says.

Swiss Productions is making the move to Liberty Lake because some of the founders of the company are getting older and likely will want to retire soon, Petrash says. He says they will still want to be involved in the company, however. He adds that he fell in love with the Coeur d’Alene area when he visited several years ago and thought that Liberty Lake would be an ideal fit.

Swiss Productions was founded in California in 1982.

It currently has 48 employees, Petrash says.