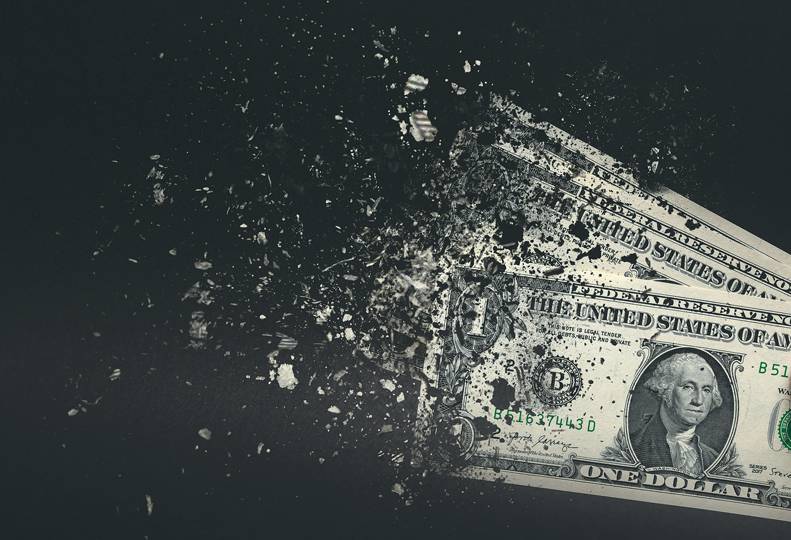 As inflation becomes a growing concern for the U.S. economy, some wealth management advisers here say it shouldn’t be a threat for most investors.

In October, the U.S. Bureau of Labor Statistics said the consumer price index for all consumers increased by 6.2% over the preceding 12 months. The increase represents the greatest surge the index has experienced in more than 30 years, with energy and food reflecting the steepest price increases, bureau data shows.

“Some clients call and say, ‘we see inflation out there, how do we invest to be able to stay ahead of it?’” Weir says.

His advice: Keep an eye on asset allocation and stick with investments that consumers are unlikely to abandon regardless of inflated prices. Weir says commodities--which include staples such as oil, natural gas, gold, and corn--likely will weather the tumult of inflation well.

“Companies pass the high costs of inflation on to consumers, because our economy is 70% consumer-driven,” Weir asserts. “Consumers will pay for the inflation, and companies will be able to grow their revenue stream despite inflation.”

“Clients are concerned simply because the talking heads on television are telling them to be,” Lusk asserts. “But at the back end of this, it’s not my clients who have to be concerned about it. You’ll see it in the consumer sectors … they struggle, because consumers aren’t able to keep up, in terms of wage inflation. The rest of the market just keeps going.”

Eric Christiansen, investment adviser at Quantum Financial Planning Services Inc., of Spokane, says those who have assets such as stocks, bonds, and real estate are likely to endure an inflationary period better than those without.

A portfolio with a mix of stocks and bonds is a safer bet in economically uncertain times, he asserts.

“We think it’s important not to change your strategy, but it’s still important to keep a balance in the portfolio, because you are going to see (stock market) volatility,” he says. “It’s not if it’s going to happen, it’s when.”

“A lot of people who are old enough to remember the 1970s wonder if that’s coming back,” Weir says. “What happened in the late ‘70s was ‘stagflation,’ where we had inflation without economic growth. Today, we have inflation, but we also have economic growth. If there’s wage growth, and you have inflation, it’s kind of a push -- if wages can keep up with the increasing costs. Unfortunately, if people’s wages aren’t keeping up with the cost of living, that’s where you actually get a negative situation.”

Lusk says that for those who have just begun ascending from the lower and lower-middle class, inflation can be a slippery slope.

“The big problem with inflation is the fact that these kinds of inflationary events, which we haven’t seen for 40 years, are a vacuum,” Lusk says.

Weir says it’s unclear to what degree inflation is a temporary consequence of supply chain issues and an increase in demand.

“You get a big clog in the supply chain so there’s fewer goods available, and you get all of the stimulus money and people not traveling, so they’ve got excess money to spend on things, and prices go up,” Weir explains. “I’m hoping that we can get past the supply chain clog.”

Lusk says he believes the supply chain problems likely will persist, and so will inflation. Both events are “artificial,” he says, meaning they weren’t part of the typical economic cycle.

“This isn’t something that should have happened,” he says. “Not only do you have a massive amount of demand in the marketplace because of the free money that was handed out, you have a huge supply (shortage) You can’t get product anywhere. Unfortunately, this is something that’s going to be here for an extended period of time.”