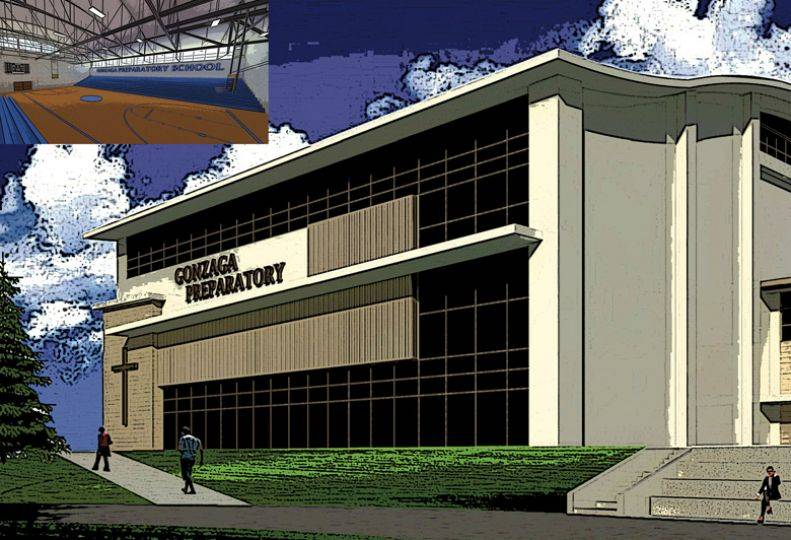 -—Garco Construction Inc.
Gonzaga Preparatory School has raised half of the funds needed for the project and hopes to raise the balance of the funds by March. The project is to be completed in November 2017.

Gonzaga Preparatory School  has launched the public phase of a fundraising campaign for a $6 million athletic facilities improvement project and has started the planning process with the city of Spokane to construct the major components of the project.

Plans for the athletic facilities at the private Roman Catholic high school include a complete renovation and expansion of the main gym, and constructing modern office, classrooms, and locker room space on the campus at 1224 E. Euclid, in the Logan neighborhood.

The gym expansion would include installing a second set of bleachers, says Al Falkner, G-Prep president. The 8,100-square-foot gym and a floor of athletic department space below the gym each would be expanded by 2,700 square feet.

Plans call for the wrestling and fitness rooms to be moved into the expanded space below the main gym, which also would have classroom, office, athletic team, and storage space.

Gonzaga Prep President Al Falkner says the school has raised half the funds from benefactors during the recently completed silent phase of the fundraising campaign.

Falkner says the school hopes to raise the rest of the funds by March and plans to complete the project by November.

Garco Construction Inc., of Spokane, is the contractor on the design-build project, Falkner says.

The gym was one of the largest gyms in the Spokane area when it was built in 1954, but now it’s the smallest main high school gym among schools in the Greater Spokane League, he claims.

The school also plans to add air conditioning to the Scarpelli Gym/Kubiak Theater complex and to replace the artificial turf in Bullpup Stadium.