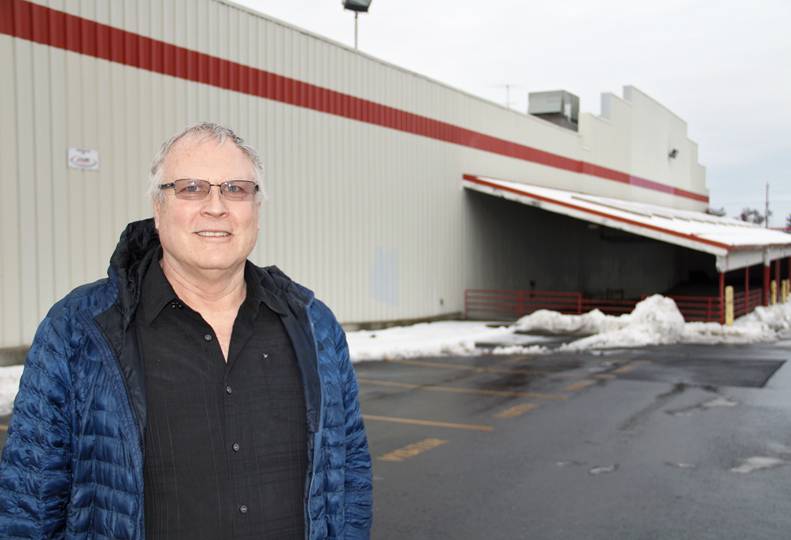 Years after an initial rush of marijuana growers filling warehouse space in the Spokane area, the warehouse market remains constricted.

“In general, the vacancy rate for industrial space in Spokane County is somewhere around 2.6 percent,” he says. “Typically, it wouldn’t be difficult to lease those open spaces, but with a vacancy rate below 5 percent, companies find their options are quite a bit more limited, and it’s harder to find the right space.”

He links increased demand for space most closely to a lack of new construction due to high costs of building materials and a shortage of construction laborers, but in recent years, a good portion of industrial space has been absorbed by businesses in the emerging marijuana industry, Brazil says.

According to Brazil, when recreational marijuana became legal in Washington state in 2012, growers began to take up a lot of the vacant spaces that other tenants either didn’t want or couldn’t afford to lease.

“In 2012, we had about a 5.9 percent vacancy rate for industrial space, but by 2013, those numbers started to decline,” he says. “During that time, there was about 1.5 million square feet of space picked up. Now, it’s hard to estimate just how much of that space was taken up by marijuana operations, but I’m guessing it was a large part of it.”

While the absorption of those spaces was a good thing, Brazil says, it did lead to an increase in rental rates, as some property managers were only willing to lease space to marijuana operations for higher costs due to liability concerns.

“In recent years, we’ve seen some of that space free up again, as marijuana businesses that perhaps weren’t as well funded have left,” he says. “But there are still quite a few large companies in the industry that have really taken off.”

Brazil says he has heard from some clients who have been reluctant to lease industrial spaces near marijuana operations for various reasons.

“It all depends on the type of business,” he says. “Smell is certainly a factor, especially for food and retail manufacturers who can’t have their products tainted during packaging or storage processes.”

However, Brazil says most marijuana grow operations chose to lease single tenant buildings in outlying areas to help avoid those concerns. Therefore, most complaints come from multitenant properties where landlords are struggling to balance tenant needs.

“It’s a competitive market, so property managers have to weigh the risks versus reward of leasing to marijuana-industry tenants,” he says. “It’s difficult because marijuana is still illegal at the federal level, so there are security and liability concerns. Some owners also have personal opinions on the issue, and simply prefer not to lease to those operations.”

Looking ahead, Brazil says he expects this year’s industrial markets to remain tight, as demand remains high, and the process of buying land and developing new buildings is slow.

Paul Bielec, owner of the former Bayliner boat-making complex at 18001 E. Euclid in Spokane Valley, purchased the facility in 2003 and redeveloped it as an industrial park.

The facility is located just east of the Spokane  Business & Industrial Park, and includes three buildings, each of which are about 125,000 square feet of space.

Bielec says the site has been home to several marijuana operations over the years, some of which have stayed.

“In some ways, we’re uniquely suited to marijuana businesses,” he says. “We’re out away from populated areas, fenced in, and each tenant has their own building so they don’t disturb each other.”

While he agrees the marijuana industry did have a major initial impact on industrial vacancies, Bielec says the continued lack of industrial space has more to do with economic factors.

Clarence “Cip” Paulsen III, of Spokane, is the owner of the former Costco building at 800 E. Third, east of downtown Spokane. He says he isn’t optimistic about the industry’s ability to maintain large industrial spaces.

Paulsen converted 40,000 square feet of the 131,500-square-foot building into a marijuana growing and processing facility called GrowState in 2014.

He says Washington’s marijuana industry currently has more producer processors than there are retailers to sell to, leading to lower purchasing prices and smaller returns for growing operations.

“I wish the best for everyone in the industry, but the reality is that indoor growing operations are expensive,” says Paulsen. “In a few years, many who are struggling might not be in business, which means some of those spaces will be vacant again.”

“Our electric bill alone can be up to $40,000 a month,” he says. “Indoor operations are also competing with outdoor and greenhouse operations, which are less expensive to operate because they’re able to use natural light.”

“Usually, with little supply and big demand, we see more construction,” he says. “But that’s been tempered recently by the increased cost of materials and labor shortages.”

He adds, “The cost of building is 15 percent higher than usual, meaning lease rates will have to go up in order for investors to see a return. The dilemma for investors, developers, and lenders is whether tenants will pay a lease rate that’s commiserate with what it costs to build.”

Kannapien says most available industrial space in North Idaho markets has been leased in the last three years, and similarly to Eastern Washington, many leftover spaces have functional limitations.

“These are spaces that simply don’t meet the specifications industrial users are looking for,” he says. “Despite that, I think we’ve still leased and sold more large industrial space this year than we have in recent memory because developers are hesitant to build new due to the high costs.”

When it comes to the issue of marijuana operations taking up available industrial space, Kannapien says he believes legalization in Washington has had an impact in North Idaho’s industrial real estate market, although it’s difficult to quantify.

“The marijuana industry’s absorption of industrial space in Eastern Washington has contributed to the shortage and put pressure on lease rates,” he says. “The environment right now is good for owners who have existing inventory and not so great for tenants looking to move, expand, or build new.”

For now, Kannapien says he maintains a positive outlook on the future of industrial markets.

“I’m guessing we’ll slowly start to see more owner-user projects, and more people looking for multiple bids on new-build projects,” he says. “We might also see some speculative projects at higher lease rates, and we’ll just have to see if that property is absorbed.”