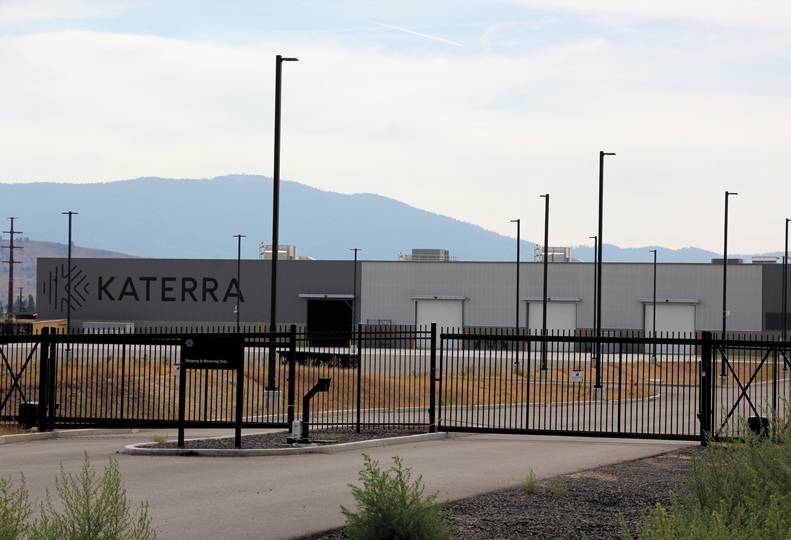 A Vancouver, British Columbia-based timber company has acquired the 270,000-square-foot former Katerra Inc. facility in Spokane Valley for $50 million and plans to hire at least 40 workers at the site to get the plant up and running again, says David Gandossi, CEO of the acquiring company, Mercer International Inc.

Along with the acquisition, Mercer International hired nine former Katerra employees, including the plant’s general manager, he says.

Mercer already is occupying the space, though Gandossi says it’ll be some time before the plant is fully operational. The company currently is focused on bringing on more employees, as it takes about 40 people to operate the plant, he says.

Other than lining up the workforce for the plant, he contends, “It’s ready for operations,” adding that the facility itself requires only minor maintenance to get up and running. No job postings were active for the Valley facility on Mercer’s website as of the Journal’s press time.

Once the facility is operational, he expects the company will have about 40 people per shift, with the potential for at least two shifts as demand dictates. Katerra laid off 63 employees at the Spokane Valley plant when it closed the plant in early June.

Mercer had been searching for a site to start its own CLT manufacturing operations for some time and jumped on the former Katerra plant as soon as Katerra announced its bankruptcy, Gandossi adds.

“CLT … is going to really continue to grow. We see this as a way for us to start building our team to be able to participate in that growth in the future,” he says.

The facility has the capacity to supply 13 million square feet of five-ply panels annually, or about 140,000 cubic meters of production annually, according to a press release from Mercer. That’s about 30% of the current North American mass timber manufacturing capacity.

Mercer International is a global forest products company with about 2,300 employees throughout its operations in Canada, Germany, and Australia.

Katerra filed for bankruptcy protection in early June, attributing the bankruptcy in part to the economic hardships brought on by the COVID-19 pandemic. The company secured $35 million in debtor-in-possession financing from U.K.-based SB Investment Advisers Limited to fund operations during the reorganization process, according to a press release from the Katerra at the time.

In addition to its sale to Mercer, Katerra has also sold its 577,000-square-foot Tracey, California, factory to Volumetric Building Cos. for $21.25 million, which included the lease and tenant improvement of the facility and offices there, according to a press release from the California company.