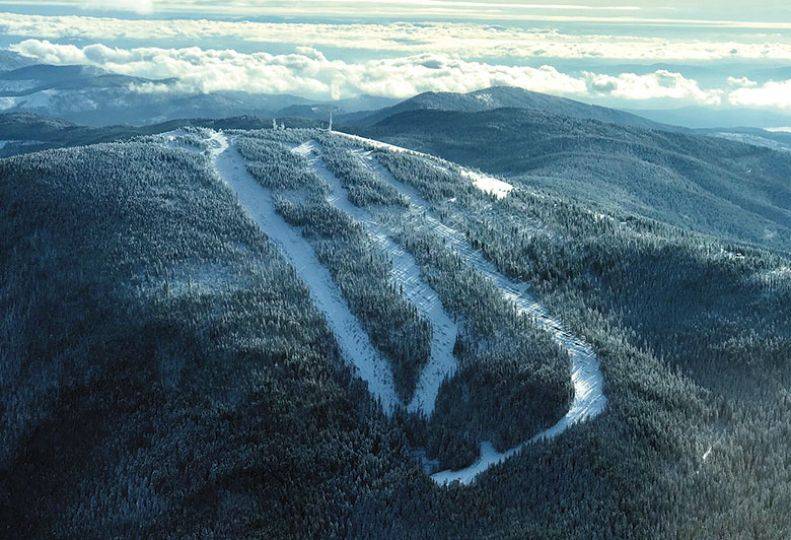 -—Mt. Spokane 2000
Mt. Spokane Ski & Snowboard Park, shown above, currently has seven lifts. An eighth lift is being added late this summer, which will give skiers access to more runs.

After years of legal battles, a $4.1 million project that includes a new chairlift, seven additional runs, and a conveyor for a tubing hill will be operational at Mt. Spokane Ski & Snowboard Park this winter, park manager Brad McQuarrie says.

“It’s been a long process,” McQuarrie says. “We submitted our application (for expansion) in 2003, and it was a very transparent public process for over a decade. We had some environmental groups challenge the (Washington state Parks Commission) decision.”

The Washington Parks and Recreation Committee voted in 2014 to allow for the installation of a new chairlift and seven new runs on the northwest side of the mountain. The Spokane Tribe of Indians, The Lands Council, the Spokane Audubon Society, and the Spokane Mountaineers appealed a Nov. 2015 ruling by the Spokane County Superior Court that denied their request for reconsideration after the expansion had been approved. In January 2016, the opposing groups unsuccessfully appealed to Gov. Jay Inslee to stop the planned expansion.

The Washington state Parks Commission granted Mt. Spokane 2000, which does business as Mt. Spokane Ski & Snowboard Park, its latest approval for the expansion in August of last year.

“Since then, we’ve started cutting all the runs, and we ordered a new chairlift from Skytrac (Inc.),” McQuarrie says. “They’re building it in the parking lot right now.”

Due to bird breeding and nesting laws, installation of the chairlift on the 279-acre site won’t begin until Aug. 1, McQuarrie says. The triple-chair lift, along with a new conveyor for a new tubing hill, will bring the total number of lifts at Mt. Spokane to eight.

“We haven’t had a major improvement at Mt. Spokane in lift capacity since the late ‘70s,” McQuarrie says.

“We’re going to continue fundraising efforts throughout the year,” McQuarrie says. Any gap between money the park fundraises and money still owed for the project will be covered by the USDA loan, he says. “We’ll be operating as soon as we can get open, depending on when we can get snow this season,” McQuarrie says. “We’re just really excited about getting folks up here this winter.”