Investors say investments are occurring; how much is unclear 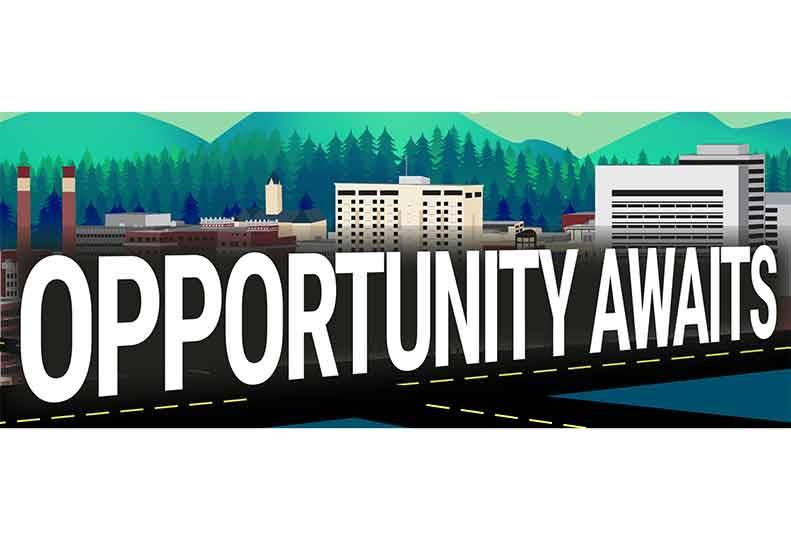 A year after 11 Spokane-area neighborhoods were designated as Opportunity Zones, at least one advocate says Spokane is starting to see some investment activity.

It’s unclear, however, just how much activity is taking place, since investors thus far are keeping it under wraps.

Opportunity Zones are designated census tracts--typically low-income neighborhoods--in which investors can earn federal tax breaks by investing capital gains into real estate and other tangible business property, with the idea that such investment could spur economic development. The investments are made through special funds, called Qualified Opportunity Funds. Depending on a number of factors, some of which have just recently been defined, such investors will be able to defer or eliminate federal income taxes on capital gains on investments made through such a fund.

In Spokane County, those zones include parts of the lower South Hill, Hillyard, Airway Heights, the University District, and most of downtown Spokane.

Adam Sweet, principal with the Spokane office of accounting firm Eide Bailly, says the firm has seen interest in investing in Opportunity Zones, but they don’t know of any organizations or individuals who are actually doing so.

Gilberts says there are a few reasons as to why those who are investing in Opportunity Zones have been so quiet about such investments.

“Part of it was that we were waiting for the second tranche of regulations. But in the end, developers don’t do their deals in public,” Gilberts says.

He predicts that activity will increase briefly, now that more regulations have been released.

“Now that the second round has been done, I think we’re going to see a lot more activity in the next six to eight months, and then it’s going to calm down for a year or a year and a half,” Gilberts says.

The Treasury Department released a second round of draft regulations that provide guidance regarding investment in Opportunity Zones last month and is seeking comment on the regulations through Sunday, June 16.

Gilberts says Opportunity Zone investments are more flexible than other forms of investment.

“This opportunity allows you to invest capital gains in a lot of other ways and also potentially reduce what you owe,” Gilberts says. “It defers, reduces, and gives you a long-term upside of avoiding taxes on gains.”

However, Sweet says the clock is already ticking for those who want to get the most out of an Opportunity Zone investment.

“To get the maximum benefits, you need to invest in 2019,” Sweet says. “But you can invest up until 2026 and still get some of the benefits.”

Sweet says 2026 is the cut-off for Opportunity Zone investments because that’s as far forward as Congress could push ahead the tax benefit; future federal budget negotiations and tax reforms could change that date.

Gilberts says that Opportunity Zone investments were included in the 2017 federal Tax Cuts and Jobs Act as a way to stimulate investment in ways that could be beneficial to businesses.

“They were picking everything off the shelf that could stimulate investment and job growth,” he says. “This was one of many things that was pulled off the shelf that hadn’t necessarily been fully developed or tested out, and in a six-week period of time, a lot of these things got thrown together and passed.”

Under the new draft regulations, an individual or a business entity has 180 days from the sale of a capital asset to invest the gain into an Opportunity Zone.

Investors must first set up a Qualified Opportunity Fund or place cash into an established fund, then invest through the fund.

“The real juice is if you hold it for 10 years,” Sweet says. “All of your post-investment appreciation, if you exit the right way, can be tax free. Probably the paramount consideration for people looking to get into these is: Am I OK having my money tied up for the next 10 years?”

Sweet says an Opportunity Zone investment must be made this year to receive the full 15% step-up at the seven-year mark in 2026. If, he says, an investor waits until next year, they will receive only a 10% basis step-up in 2025, the fifth year of the investment.

For an investment made in 2019, the deferred gain is recognized in 2026, meaning the original capital gain becomes taxable; under the draft regulations, 85% of the original gain is taxable as long as an investor has remained part of a Qualified Opportunity Fun for at least seven years.

“For many local businesses, this could actually reduce their risk, rather than increase it, because it fits within their existing model,” he says.

Bill Simer, partner at the Spokane office of Eide Bailly, says that one of the most frequent questions he receives about Opportunity Zones is whether an existing business in an Opportunity Zone will see any benefits from the designation. Unfortunately, Simer says, that’s unlikely.

“The property may be a little more sellable, which means you might get a better price for it, but the next person to come along is the person who’s going to benefit,” Simer says.

If investors in such a fund sell an asset, the fund has 12 months to reinvest the money into another Opportunity Zone-qualifying property, during which time the cash counts as qualified property. However, the gain is still subject to tax during that time, though the government is asking for taxpayers to provide feedback on that provision.

“If you don’t want to pay the tax, the fund itself could do a 1031 exchange if the fund wanted to exclude a gain,” Sweet says.

A 1031 exchange is a tax-deferment strategy in which an investor defers paying capital gains taxes on an investment property when it’s sold, as long as another “like-kind property” is purchased with the profits from the sale of the first property.

Under the new draft regulations, leasing is an option for some.

“This is probably the best option if you own existing property that you acquired a long time ago and you want to make use of an Opportunity Zone provision,” Sweet says. “You could set up your own fund and you could lease your property to the fund.”

“Property” can mean anything from real estate to machinery, Sweet says.

However, a triple net lease, in which the tenant is responsible for everything from maintenance to insurance, doesn’t qualify.

The Treasury Department also provided new draft regulations on exiting an Opportunity Zone investment. Provided the investment has been held for 10 years, the investor can sell the equity interest and avoid all tax, including depreciation recapture.

However, depreciation recapture taxes on Opportunity Zone investments are not collected unless the investor exits the investment before the 10-year mark.

If a Qualified Opportunity Fund sells its assets at the 10-year mark, the capital gain tax can be excluded, but not the depreciation recapture tax.

“This is not the IRS being unfriendly,” Sweet says. “Congress just didn’t draft it correctly, so this is the result. It’s not the intended result, likely, but it’s the result we’re stuck with until they fix it.”

An investor also can borrow money, distribute it to the other Qualified Opportunity Fund owners, and exit in that way. This method is called a debt-financed distribution.