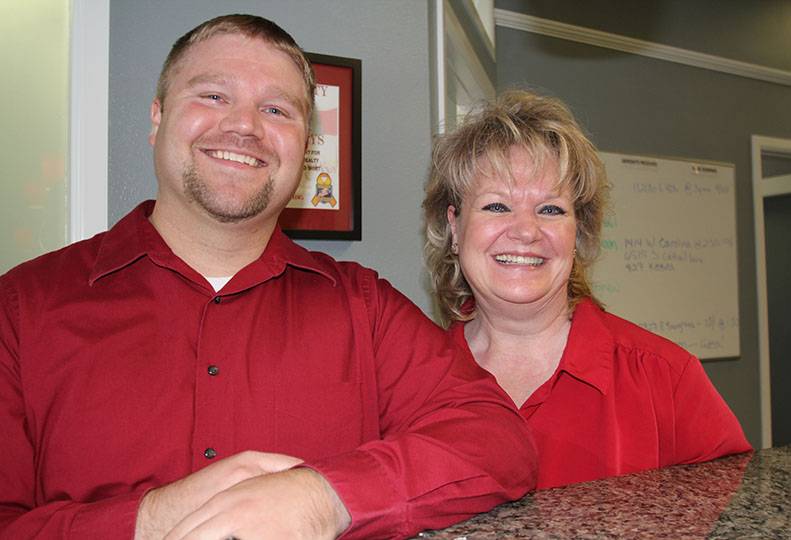 The company first bolstered its inventory in 2006 when the number of units it manages rose to nearly 300 rental houses from 185 units, largely driven by clients seeking services after buying houses as investments.

However, CallMorris says that while the number of Spokane County rentals managed by the company has stayed at around 550 to 600 for a year now, she's noticed an increase lately in requests from owners who are interested in selling their rental homes.

"A good 5 percent to 10 percent of our owners in the last three to six months are asking about the market and deciding whether it's time to sell," CallMorris says, adding that the trend is a marked difference from what the company has experienced in the past five years.

"We'd get a few here and there asking about selling a home, but definitely not what we're seeing this year, which is indicative of an improving market," she says. "They have kind of weathered the storm, and they're contacting us and checking to see if the home can sell. It isn't back to where it was before 2008, but it's definitely better than a year ago."

CallMorris says the trend hasn't had a major impact on the number of properties that Call Realty manages. "Owners will sell, then we pick up new owners," she adds.

Conversely, on the tenant management side of the business, she says she's noticed a trend among renters lately as well.

"A lot of our turnover right now is from tenants who are finally getting into their own homes within the last three to six months," she says. "Some have saved up and are ready."

The turnover rate hasn't risen, however, and is at about the same level as in recent years, she says.

CallMorris founded the company 20 years ago as then the sole employee, and in the same Opportunity commercial center, although the business has moved within the complex. She says when she started the business, her last name was Call, so she decided to use that for the company's name.

She retained the business name after she remarried. Her husband, Jess Morris, is the company's vice president who works in the daily operations to lead property maintenance work.

"When I started out, it was just me, eight properties, a card table, and a $9.99 phone that had one line," CallMorris says. "I did everything—showing homes, accounting, meeting owners. As I grew, I needed help, so I hired a part-time secretary, then a bookkeeper, and it grew a little more."

Most of the company's inventory of rental homes today is in three-bedroom, single-family homes, which typically rent for between $900 and $1,300, CallMorris says, although some older homes may rent closer to $800, she adds.

"We have some five- and six-bedroom homes, and some one- and two-bedroom," she adds.

She says roughly 10 percent of the residences Call Realty manages are what she calls high-end homes, which are at least 2,500 square feet and up to 6,000 square feet in size with amenities such as granite countertops.

Most often, people who rent the higher-end properties are working for a company on a temporary assignment, perhaps a year to provide training. Other people rent them because they've just moved here and want to get a feel for the area before buying a house, CallMorris says.

She says some owners of the properties Call Realty represents think about whether it's time to sell homes when their tenants' leases come up for renewal. Before it's time to renew, she says, the company sends emails to property owners and ask whether rents should remain the same or rise slightly based on current rental market conditions.

Some owners, after considering a house's potential value, still might decide they can't quite sell yet and will continue renting the properties, she adds.

"Some recognize that even on the high end, they can't sell," she adds, because the home's current value is still less than what they've invested toward the home and mortgage costs.

CallMorris is a licensed real estate broker, which she says is a Washington state requirement for owners of property management companies. She says the company, on behalf of a client, sometimes asks Spokane-area real estate agents to provide a rough estimate of a home's potential market value, but doesn't represent clients in the sale or purchase of properties.

Call Realty also has three other brokers as employees who conduct property management services, such as showing properties and negotiating leases.

She says the company's employees regularly drive by properties to check that they're well-maintained.

Other Call Realty employees work in support roles including clerical and accounting. The company's services include scheduling with renters to show homes, meeting with property owners about renting, and inspecting homes if concerns arise such as concerning damage caused by pets.

"We're the facilitator for the rents being paid, and perhaps paying an owner's mortgage," CallMorris says. "We do the financial bill-paying for the owner's insurance, taxes. We coordinate maintenance as needed. We coordinate snow removal, or any other services needed."

She adds, "We are the owners' agents, so anything at all that's needed for a home, we can handle from our office."

On behalf of renters, she says, the company also sends a team of employees to support tenants at the point they move out of a property.

"We try to do all we can so that tenants can get their deposit back," she says. "Our check-out team goes in with boxes of cleaning supplies, so they take care of something like a spot on the wall."

She says Call Realty's source of income includes a percentage of a rental rate, ranging from 8 percent to 10 percent of a monthly rental rate, which is typical among property management companies in Spokane County.

Property owners also might be asked to pay what's called in the industry a lease-up fee, which is charged when a tenant is secured and is a percentage of the rental rate, or a flat fee, CallMorris says. She declines to divulge the typical percentage or flat-rate amount, "because they do vary."

While managing lease terms and renewal dates, she says Call Realty employees focus on retaining tenants during the winter, discouraging them from moving if possible so properties aren't vacant.

"We want to keep the home occupied October to January," she says. "If someone comes in right now to lease, for example, we'll go six months and that gets us through the winter, keeps the water running, and the heat on."

If the renters show they're good tenants, the company typically extends the lease after the six months to a longer lease of at least a year, she says.

"Our peak season is always the first quarter," CallMorris says. "It's strange because usually there is snow on the ground, but people are ready to move. My theory is the holidays are over. It's a new year, and people want a new house."

CallMorris says Call Realty just over a year ago expanded its offices to take over space previously occupied by a sub sandwich shop that closed, which gave it nearly an additional 1,500 square feet of floor space.

She says she told her kids soon after launching Call Realty that she would consider the company successful if it reached management of 100 properties, a benchmark the company met in 1996.

CallMorris says she also considers Call Realty a success because employees each quarter select a charity to support that entire period, organizing activities such as clothing or blanket drives.

"We give financially, or our employees volunteer to support the charity we've selected," she adds. "It's not just a 9 to 5 job for us. We're involved in the community."