SkyOne Aerospace to expand its capabilities

Spokane Valley company expects to double its revenue this year 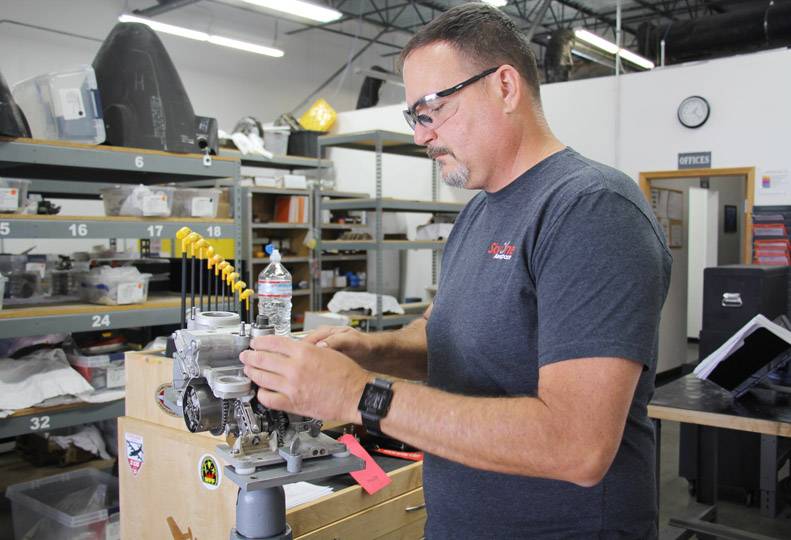 -—Samantha Peone
Damon Smith is among the seven people who work at SkyOne Aerospace LLC, which specializes in overhauling airplane parts, mostly propellers. The company expects to add another three to five employees in the coming months. 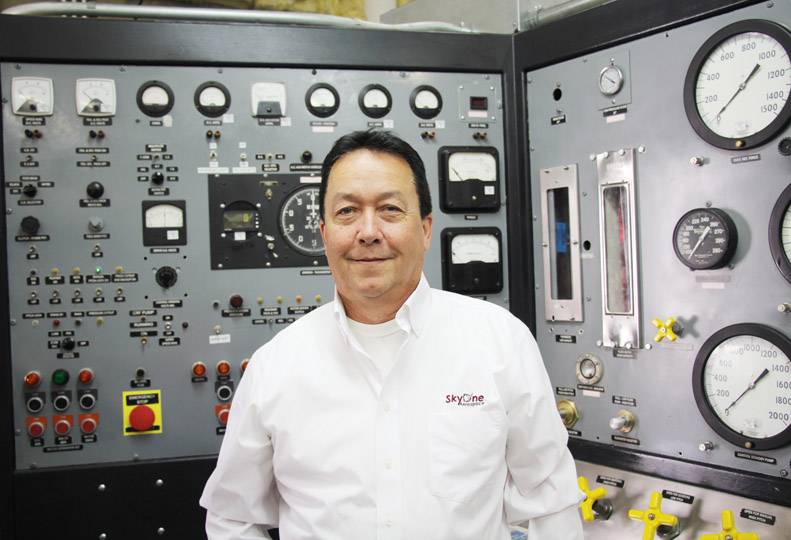 -—Samantha Peone
Gary Lee Owens, founder and vice president of SkyOne Aerospace, says the the company has been able to hire well-qualified employees who had served previously at Fairchild Air Force Base.

Additionally, the company anticipates doubling its revenue to $2 million this year, up from $1 million in 2017, says Owens.

This year, Owens says the company is expecting significant growth in both company size and business services, or capabilities.

To address the growth and expansion, the company plans to hire three to five new employees within the next three months, he says.

SkyOne Aerospace also has an avionics department that can repair and overhaul electronic aviation gadgets found in plane cockpits, says Owen. The company plans to ramp up its aviation department's capabilities yet this year.

Overhauling consists of taking apart various systems, cleaning them, and inspecting them. SkyOne Aerospace measures pieces using special instruments that can gauge parts down one-ten thousandths of an inch.

"If it doesn't meet the manufacturer's specifications for an overhaul inspection, it has to be replaced," he says.

SkyOne Aerospace then puts together a quote that includes all the new parts needed to complete the overhaul. Once the client approves the quote, "we put it all together with the new parts, we test it, and we send it back—that's an overhaul," says Owens.

Nearly 90 percent of SkyOne Aerospace's business comes from military agencies, he says. Other clients are commercial companies, such as those that fly air cargo into remote places or fly in for disaster relief services.

SkyOne Aerospace works some  with the U.S. Air Force, but most business comes from foreign military agencies, says Owens. Clients include Australia, Indonesia, Singapore, Thailand, and several countries in Africa and South America.

"We don't work with places we're not allowed to, like Iran," he says. The company also doesn't work with Russia.

None of SkyOne Aerospace's clients are within Washington state, he says.

Established in 2015, the company occupies about 4,900 square feet of space in a multitenant facility at 2205 N Woodruff Road. Almost all services are conducted onsite.

The company has seven part-time employees.

Largely due to the presence of Fairchild Air Force Base here, Owens says, the Spokane area is an excellent place for employers to find qualified personnel with military aerospace experience.

"The last couple of guys I hired spent 20 years in the U.S. Air Force, and they're retired. They love Spokane, so they wanted to stay in the area, but it's not exactly a hotbed of aerospace," he says. "They love that they can work in aerospace and stay in Spokane."

Now, as the company looks to expand, it's received applications from retiring Fairchild Air Force personnel.

"It's great as an employer," says Owens. "It's such a talented talent pool to draw from."

Owens says the company hopes to expand beyond state borders eventually, but he declines to expound on that desire.

Owens has been working in the aerospace industry since he was 18, he says. He's worked for companies in California and Texas and co-founded SkyOne Aerospace.