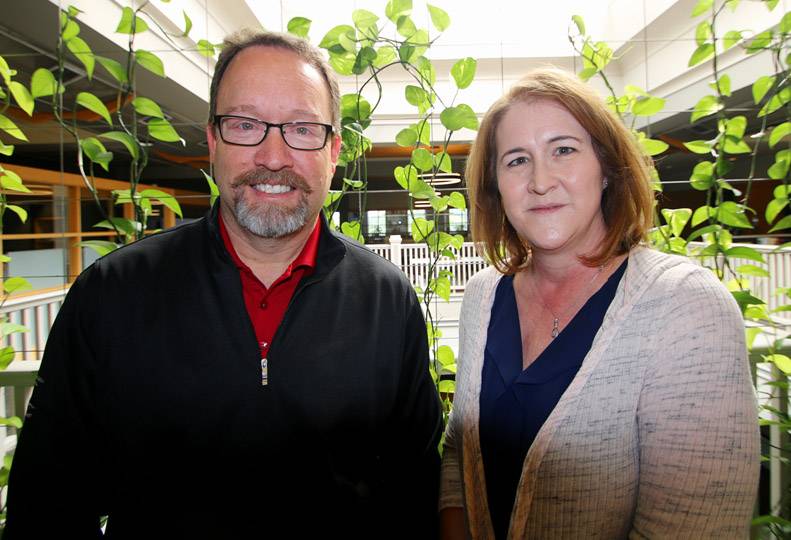 -—Samantha Peone
ALSC Architects CEO Rustin Hall, left, and marketing director Terri McRae Garrett are among the 43 people who work at the firm. 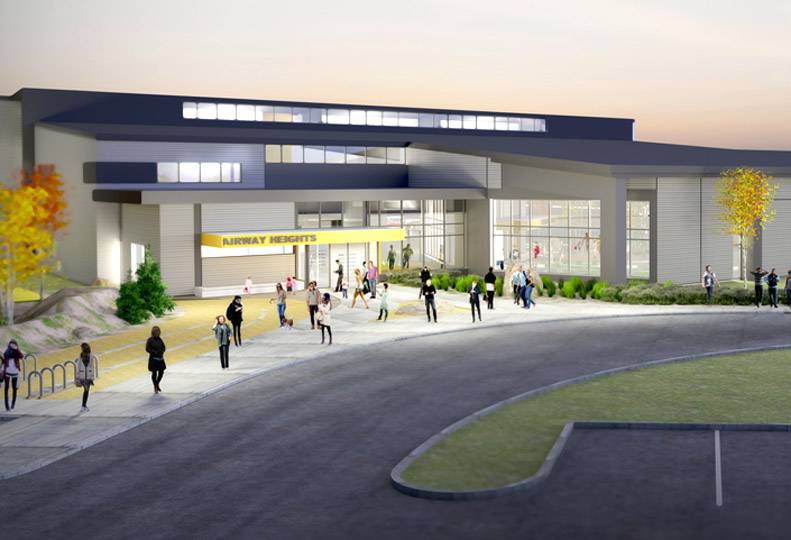 A type of design-build project delivery method known as progressive design-build is catching on in the state, and that approach already is being employed on a couple of Spokane-area projects, says veteran architect Rustin Hall.

Hall is chairman of the state Capital Projects Advisory Review Board’s Project Review Committee, which operates under the authority of the Washington state Department of Enterprise Services. It reviews and approves publicly funded projects that seek to use an alternative delivery method, says Hall.

Hall, CEO and principal of Spokane-based ALSC Architects PS, says the progressive design-build method is a type of integrated project delivery method. His role as chairman of the Project Review Committee is a volunteer position.

Hall says there’s only a handful of progressive design-build projects in Washington state so far.

“The reactions, from what I’ve heard, have been very, very positive,” says Hall.

Hall says ALSC is using the progressive design-build method on the city of Airway Heights community recreation center project, which is underway.

The $17.3 million recreation center will include 48,200 square feet of space at 11405 W. Deno Road. Site work began in November, and the contractor on the project, Lydig Construction Inc., of Spokane Valley, is expected to wrap up the project next March.

According to a website for the Sportsplex project, the complex would be owned and operated by Spokane Public Facilities District and could bring in between $19 million to $33 million in additional tourism spending annually.

Hall says the Sportsplex project application is scheduled to be reviewed today, May 24, at the Project Review Committee’s meeting in Kent, Wash.

Only projects that use public funds need to be reviewed by the committee, says Hall. Committee members determine whether the project complies with state laws surrounding alternative delivery methods. Nearly all applicants are approved, he says.

Hall says progressive design-build is just one of several types of design-build approaches. Conventional design-build has been used for decades. The method involves multiple contractor-architect teams submitting designs for a project, and the owner making a selection from among those designs.

In progressive design-build, a team isn’t selected  based on plans submitted; the process is qualification based, he says. That means the design-build team that is best qualified to work on the project is the one that is hired for the work prior to the conceptual design phase.

That process, which Hall refers to as the validation period, can take several months.

After a contract is finalized, the project proceeds like a conventional design-build project, says Hall.

In the conventional design-build approach, the owner signs a contract with the design-build team, which typically is comprised of the architect, contractor, and subcontractors. The owners receive a formal price estimate when the drawings are 30 percent completed.

However, the conventional design-build process can place financial burdens on design-build teams that aren’t chosen for a project, because those groups usually aren’t compensated fully for the time and expense they put into their preliminary work, he says.

With conventional design-bid-build projects, the contractor typically bids on a project that already has been designed. The project owner will then choose which bid to go with, often the lowest priced, says Hall.

When the contractor and subcontractors are brought in earlier with integrated project delivery methods, Hall says, project development time and unanticipated changes to the project are lower, compared with
conventional methods.

“The expectation and obligation in that different contracting method is to bring (the contractor’s) expertise to the table and work with owner and designer from the beginning,” says Hall. “By the time we’re ready to sign a contract, there are fewer unknowns.”

Other than design-build, another common integrated project delivery method is the general contractor/construction manager approach, says Hall. In GC/CM, the contractor maintains a separate contract with the owner but is still involved in the design process.

As long as he’s been with the Project Review Committee, the majority of integrated project delivery projects the board has reviewed have been GC/CM projects, he says.

ALSC has worked on a number of GC/CM projects, many of which are for school districts within Spokane County.

One of those projects is the Northwood Middle School replacement, north of Spokane.

As previously reported, construction of the $29 million Northwood Middle School began in late 2016, and the new school opened earlier this year. The project included upgrading a 16,000-square-foot portion of the original school building and integrating it into the new structure, which occupies 121,000 square feet of space.

Hall says no design method fits every project, but he’s most hopeful about the progressive design-build approach. From what he’s seen, the method could be applied to more project types than the conventional design-build method.

With conventional design-build, Hall says ALSC Architects has worked on multimillion dollar projects with only a few hours’ worth of meetings with the owners.

Progressive design-build “prevents that situation from happening. We can have months of meetings with the owners and still have the same positive results in the end,” he says.

ALSC Architects has 43 full-time employees and was established 70 years ago, in 1948.