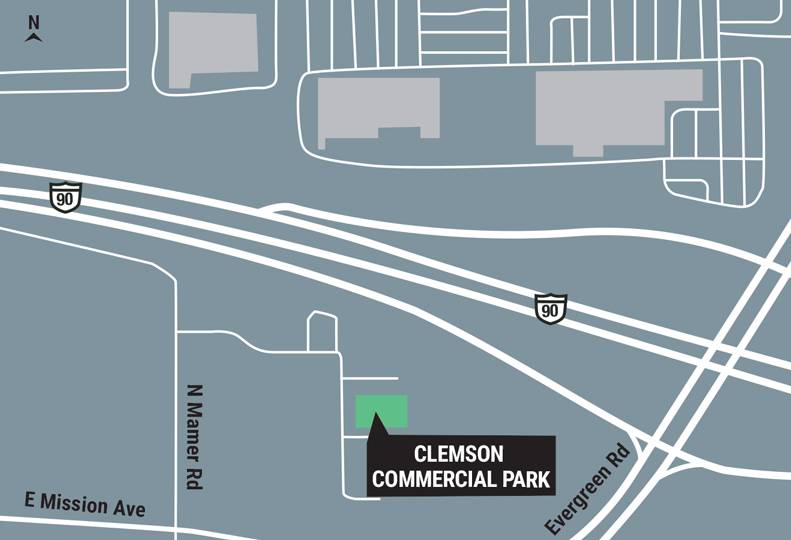 Spokane Valley-based Mamer Properties LLC is planning a new three-building, 41,200-square-foot addition to its commercial park in Spokane Valley, according to preliminary planning documents on file with the city of Spokane Valley.

The total estimated value of the project is $2 million, plans show.

Dubbed the Clemson Commercial Park, the development will be built on a 4.5-acre vacant lot at 1620 N. Mamer Road, southwest of and across Interstate 90 from the Spokane Valley Mall, near the northeast corner of Mission Avenue and Mamer Road. The complex is envisioned to be developed next to three existing multitenant commercial structures that Mamer Properties developed in the early 1990s.

Two of the planned commercial buildings each will have 8,900 square feet of space, while the third will have just over 23,400 square feet, preliminary site plans show.

In total, the three buildings are planned to host up to 23 units, with two to three of the units being built out during initial construction and the remaining 20 over time, according to preliminary plans.

The larger of the three structures is planned to have 11 units, while the two smaller structures each will have six units.

Seattle-based Hoist LLC, which has an office in St. John, Washington, is designing the facilities. Spokane Valley-based Whipple Consulting Engineers Inc. is providing engineering services. No contractor is indicated on the plans.