Big facility on West Plains to be staffed with at least 1,500 workers by next fall 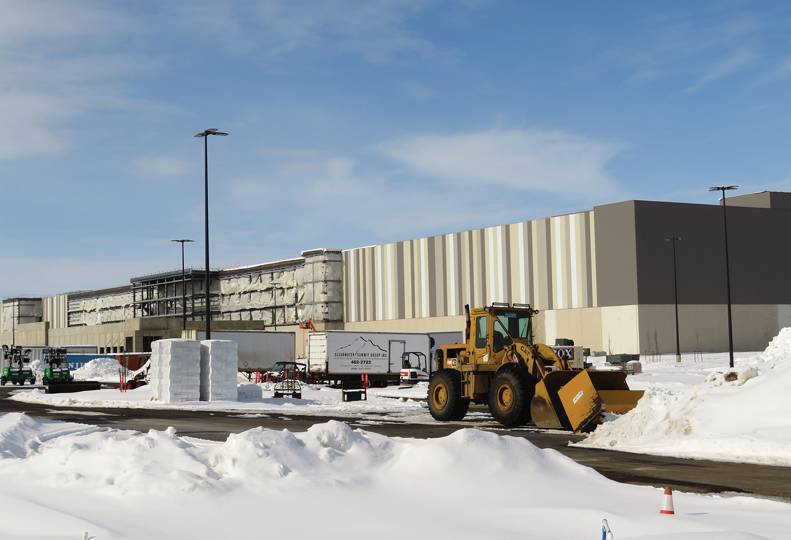 -Mike McLean
The $181 million Amazon.com Inc. fulfillment center takes form on the West Plains. The company plans to complete work on the structure late this summer.

Construction is underway on the massive $181 million Amazon.com Inc. fulfillment center on the West Plains that’s expected to be completed this summer and fully staffed in the fall.

The project has been under an aggressive development schedule since the Spokane County planning process for it started last April, and construction is scheduled to be completed by Aug. 31.

The Portland offices of T.C. Pursuit Services and Trammel Crow Co. are developing the fulfillment center. Layton Construction Co., of Sandy Utah, is the contractor on the project, and the Seattle office of DLR Group is the project architect.

Plans show the primary structure will have four floors with the nearly 700,000-square-foot ground floor designated as the process level, including a 40,000 square feet of office area. The other three levels, each 648,000 square feet in size, are described as robotic storage platforms.

Amazon says the Spokane fulfillment center will employ more than 1,500 people, which the Seattle-based online mega-retailer plans to hire before the holiday rush. That employee count could go higher, though, as a traffic analysis submitted to Spokane County’s planning staff is based on estimates of a typical employee count of 2,200 with a peak season employment of nearly 3,000.

The facility will have a total of 63 truck landings in its shipping and receiving bays, and parking for more than 300 semitrailers.