Work on $42 million venue expected to start early next year 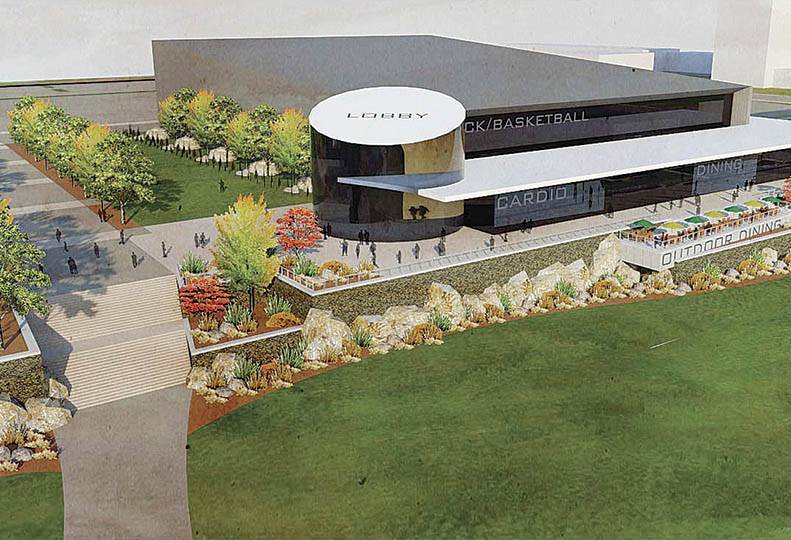 The Spokane Public Facility District’s board of directors has approved the design-build team of Lydig Construction Inc. and Integrus Architecture PS, both of Spokane, to develop the $42 million Sportsplex near downtown, says Stephanie Curran, CEO of the district, which will own and operate the facility.

“There were three teams that were bidding on the job, and they were all very strong,” says Curran.

During the design-build process, a specific scoring system is used to determine the team to be awarded the project, she says.

“It just turned out that Lydig and Integrus came out with the highest number of points,” she says.

To be located on the site known as the North Bank, between Cataldo and Dean avenues, the Sportsplex project will be in a validation period—which includes environmental analysis and project costs—until around the end of the year, she says.

According to the project’s website, construction is scheduled to begin early next year, and the complex is expected to open in 2021.

The development will enable events, such as sports tournaments, that are held in the Spokane Convention Center to expand into the Sportsplex. It will also provide local sports leagues, such as for middle-school basketball, currently on venue waiting lists access to new amenities, she says.

“In the spring, we’re really busy in the convention center, so we end up have more business than we have space for. This enables us to get more business in the community,” she says.

Curran says the project is a collaboration between different agencies. Although the Spokane Public Facilities District will own and operate the Sportsplex, Spokane County sold $25 million in bonds to finance the project, the city provided $5 million and land for the project, and the city of Spokane Parks & Recreation Department also donated land and will use the Sportsplex for its programs. The Spokane Sports Commission will act to bring new sporting events to the Sportsplex.

According to the website for the Sportsplex project, the roughly 180,000-square-foot complex could bring in between $19 million and $33 million in additional tourism spending annually. It will include a six-lane, 200-meter banked track, and the Sportsplex will be able to fit up to 17 volleyball and 10 basketball courts and 21 wrestling mats.