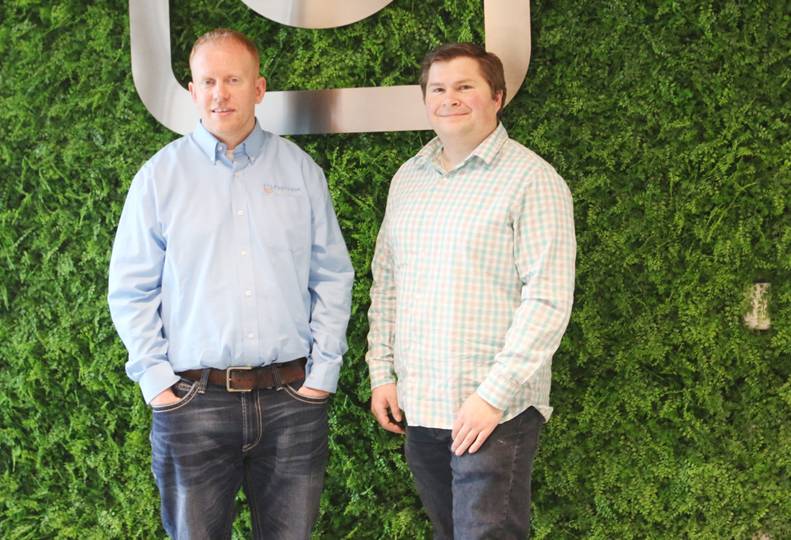 PayTrace Inc., a company specializing in payment processing software for businesses, processed 52 million transactions involving a total amount of over $31 billion in 2018.

“What our software does is help reduce those higher processing rates on those business, corporate, government spending account cards by just providing additional data about the transaction,” Justin Goes, vice president of operations, explains. “What that does is qualifies the transaction with Visa and Mastercard to receive optimized interchange rate or essentially the lowest rate it can get.”

While PayTrace processes credit card payments it doesn’t underwrite the accounts, but works with financial partners such as banks or independent sales organizations that can underwrite a merchant account.

While it works with about 300 financial institutions nationwide, PayTrace partners locally with Umpqua bank and Washington Trust Bank, which are selling its software, Goes says.

He says the mobile PayTrace app, which allows businesses to receive payments on the go, will be more streamlined and updated in the next few months.

PayTrace doesn’t put its main focus on the retail business.

“It’s just a quick, easy way for businesses to send out their invoices and generate payments for that,” Goes says.

James Eik, marketing content specialist, says the company has seen steady annual growth, averaging between a 22% and 25% during the last three years.

“That’s where we’re projecting our growth to be for the next year,” Eik says.

Eik says that in the financial industry, statistics track customer retention year over year. He says that PayTrace has a 10% client attrition rate, which is low compared to industry standards.

“I think the industry average is somewhere between 18 and 20 percent attrition,” he says.

Recently, New York-based daily newspaper and website American Banker ranked the company as the eighth best fintech firm to work for in the U.S. 2018 is also the second consecutive year PayTrace has made the Inland Northwest’s Best Places to Work list by the Journal.

Eik says the company has remote-first capability, which allows employees to choose when to work from home or come into the office.

This can help alleviate the anxiety of missing work if an employee or their child is sick, he says. On Fridays, most people work from home.

“We want to be able to empower people to work in an environment that’s the most conducive for them,” Goes says.

Employees also have online access to what’s called the organizational development tool kit online. One feature of the tool kit is the “safety net,” which was created to allow staff to bring up certain topics with more ease and without fear of reprisal, he says.

“The team developments that we do is a form of reinvesting in our people,” Goes says.

PayTrace was founded in Portland in 2004 by Scott Judkins, the company’s founder and CEO, who resides in Vancouver, Wash.

After having a two-person staff for a year, PayTrace hired a head of business development, who was in Seattle at the time, and then a head of technology, who was based in Tacoma.

Goes moved back to Spokane in 2008 and began hiring staff here.

Although cities such as Seattle and Portland are perhaps more tech centered, Goes says that there is a growing market with talent being developed in Spokane.

“We want the talent to stay here in Spokane,” he says.