Q&A with Rob Higgins, of the Spokane Association of Realtors. 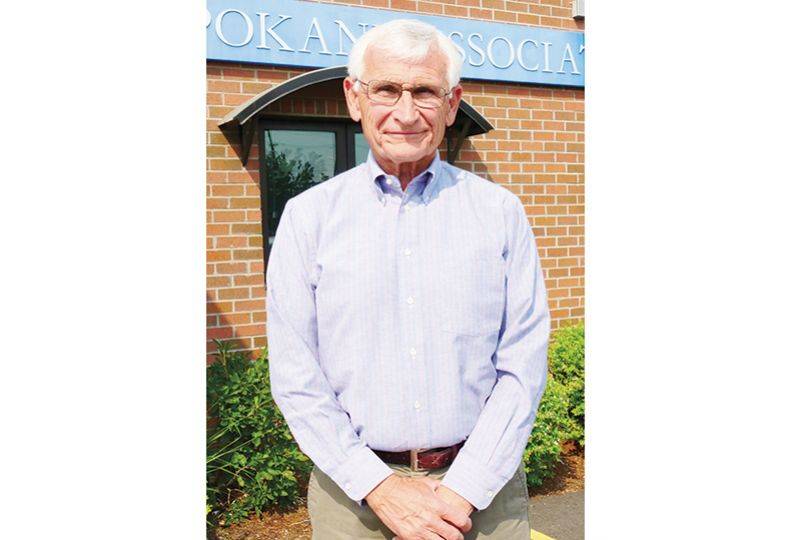 After 37 years serving as the executive vice president for the Spokane Association of Realtors, Rob Higgins, 74, has announced his retirement from the association, effective Sept. 30.

Higgins is a native of the Inland Northwest, having grown up with his twin brother in the same home their father had been raised in, on Mission and Hamilton in the Gonzaga University neighborhood. He attended Gonzaga Preparatory High School, in addition to two years at Gonzaga University before transferring to Eastern Washington University in the late 1960s to complete his bachelor’s degree. Higgins was a cadet in the Reserve Officer’s Training Corps and after graduating from EWU, he served three years as an intelligence officer in the U.S. Army.

After receiving a master’s degree in public administration from Texas A&M University, in College Station, Texas, Higgins returned to Spokane, where he began working for the city. Higgins was first elected to the Spokane City Council in 1982, and he served a cumulative 14 years. Eight of those years, he served for Mayors Jim Chase and Vicky McNeil as the Mayor pro tempore, meaning he assumed mayoral duties in the event of the mayor’s absence.

In 2001, when the city of Spokane switched to a strong mayor form of government, Higgins was elected to serve as Spokane’s first City Council president.

The Journal recently sat down with Higgins to discuss his career in public service, what he is most proud of, and what his next plans are.

What led you to want to work in public service?

I received my graduate degree in public administration with the idea of becoming a city manager. Cities are what interest me. I call it being a child of the ’60s, where we were inspired by a number of people whose message was, if you’re complaining about stuff, do something about it.

There was the Kennedys, who were more about helping. There was Martin Luther King, and his assassination. If we had the same cable news back then that we have today, you would have thought the world was falling apart.

But the whole idea of the ’60s was the message. How many famous quotes do we have from John F. Kennedy, Bobby Kennedy, Martin Luther King whose message at the time was “Hey, if you don’t like the way things are going, get involved in your community and try to help it. We need people in public service.”

That’s what inspired me when I was in school. I was a sophomore at Gonzaga University in 1968 when I said, OK, I’m going to do that.

Can you tell me about your time working in the City Council?

I was on the City Council for 14 years—not all at once. I was also appointed to the Washington state Transportation Commission, which was one of six in the state of Washington back in those days. I did that for a few years. I was reelected to the City Council in ’97 and served until 2003.

What drew you to work in real estate?

Well, I was recruited.

In the ’70s, prior to working in the city, I had run an organization called the Spokane Taxpayers Association. The job there was to look at school district budgets and city budgets; I had training in that kind of thing. I attended budget meetings that nobody else attended and asked the questions that needed to be asked. I did that for three years, then went into commercial real estate in Spokane. The association was looking for an executive and asked me to come down and interview. Then they asked me if I would take the position, and I said I’ll do it for a couple years.

The neat thing is, they let me stay active in City Council. I was a City Council member and managing the association, so I thought it was a good deal. Instead of doing it for a couple of years, I ended up doing it for 37 years.

You must have really enjoyed it then?

Well, that’s what I say. The neat thing about it is it’s different all the time. We have new leadership every year. A new president for the association. I consider that interesting and challenging, learning how to communicate and work with him or her to move the association forward. It’s all about the members, they are paying us to be here.

That’s what it’s all about, is being of service to our members and helping them feed their families.

How has the industry changed while you’ve served?

The real estate business and association management has changed dramatically.

It used to be that everything was printed. Twice a week we would get a big delivery of Multiple Listing Service books that had all the listings printed on them. The listings would be at least a week or more old. We would distribute them to all our members in town. Now, it’s all in the cloud.

Real estate is a cyclical business, there were a lot of ups and downs. When I started, the median sales price of a home in Spokane was $52,000. Now that has grown to $420,000, and that’s not going to change.

What are some of the highlights from the last 37 years?

All kinds of highlights. Most of it has been working with the new president and leadership and seeing what direction they want to take the members. The satisfaction comes in trying to provide service to the members. Creating good programs that will hopefully help them be successful in their careers. That’s what it’s all about.

What do you look forward to once you retire from the association?

I’ve always wanted to be involved, so I’ll find something to do. Luckily, I feel a lot younger than I am. I feel good. I’m going to continue to push on and get involved in the community somewhere.

I also enjoy my family. My wife and I are blessed to have all our children in Spokane. We have five grandkids, and we built a place out on the Coeur d’Alene River … so that we could all live in it, the 12 of us. Each can have their own bed and enjoy the beauty of this area.