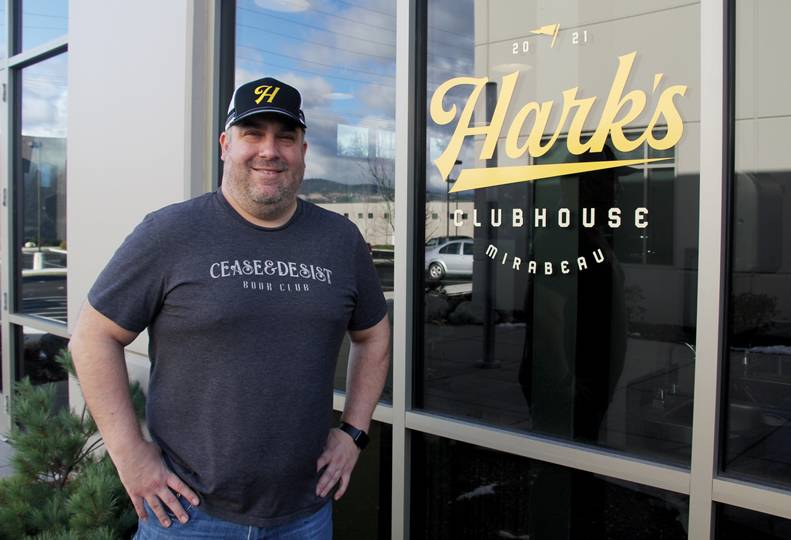 The owner of downtown bar Cease & Desist Book Club has opened a baseball-themed restaurant in the Pinecroft Business Park, in Spokane Valley.

The restaurant decor includes baseball posters—some of which decorated the walls of Harkey's childhood bedroom—and baseball cards under transparent tabletops.

"I'm a huge baseball fan," Harkey says. "There wasn't really anything in Spokane that was a baseball-type place. Baseball is on for six or seven months of the year."

"Our cheesesteak is called the Philly Phanatic, which is the mascot for the Phillies," Harkey says. Other cheesesteaks include the Giant, which features "a couple of different meats and some jalapenos," and the Texas Leaguer, which is a pulled pork-style cheesesteak.

"We'll be serving one- or two-scoop ice creams in the mini baseball helmets like you used to get when you were a kid and you'd go to the park—I found some of those online," Harkey says.

Hark's has six beers on tap. Harkey secured a retail liquor license for the establishment, so Hark's also offers 35 packaged beers and some wine.

"People who are on their way home can grab a burger, a cheesesteak, and a six-pack of Coors Light," Harkey says.

Hark's Clubhouse eventually will be open 10:30 a.m.-9 p.m. to accommodate both the dinner crowd as well as employees of local call centers, who often take their lunch break early in the day, Harkey says.

Seating capacity is 57 indoors, and an additional 25 people can sit in the outdoor patio area.

Harkey says the restaurant's website is currently under construction, and he plans to launch a Hark's Clubhouse app.

"As long as we can, we're going to stay away from Uber Eats and Grubhub, because they take so much profit," Harkey says. "If people can order from our own site, then the prices will be fairer. We won't have to change the price on anything."