Spike in activity comes after years of inventory absorption 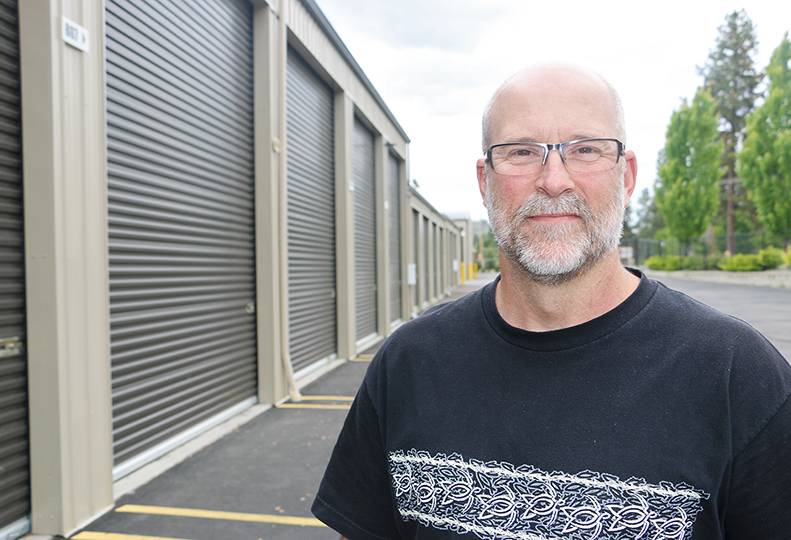 -—Samantha Peone
Todd Beadle, facility manager at Chester Self Storage, in Spokane Valley, says most of the complex’s 350 units are full, and it’s building 70 more now.

The need for rental self-storage facilities has surged here in recent years, some Inland Northwest industry veterans say, and the storage construction permit volume has surged past the pre-recession peak.

“In the past 2 1/2 or three years, growth has been exponential,” says Todd Beadle, facility manager for Chester Self Storage, a trade name for Dugan Development Co., at 4128 S. Bowdish Road in Spokane Valley.

Much of Chester’s business is driven by the state of the local housing market, says Beadle. With the market’s current strength, Chester’s 350 storage units are nearly full, and 70 more units are being built.

Chester Self Storage isn’t alone in its expansion.

Grant Forsyth, chief economist with Avista Corp., compiled data provided by Cedar City, Utah-based Construction Monitor on the volume of storage unit permits and the number of those permits issued within Spokane and Kootenai counties.

Last year, through November, the counties and cities in them issued 46 permits worth $14.1 million, up nearly $4.5 million, in inflation-adjusted terms, from the previous peak in 2008.

Forsyth says many storage facilities are designed to house possessions, such as boats and other recreational vehicles.

“To me, that’s a sign a lot of consumer activity has probably recovered since the Great Recession,” he says.

At Chester Self Storage, Beadle says the company has experienced steady growth since 2010. That steady increase accelerated around three years ago, says Beadle.

He says Chester Self Storage and the other companies he’s aware of have experienced that growth within the past few years.

“All of us just very suddenly started filling up quickly, and now we’re all running at capacity,” he says.

Additionally, Beadle says a few other developments are popping up in Spokane Valley, and he’d argue the Spokane area is even somewhat overbuilt compared to other markets.

With that type of skyrocketing growth, Beadle says, “I can only attribute that to the economy, specifically tied to the housing market. The housing market in the last couple years has been hotter than it’s been since the recession.”

Along with demand for storage units, Beadle says he’s seen a change in the way customers use those units, especially compared to decades ago. Previously, renters would treat a storage unit like an extension of their homes. Now, Beadle says, “people rent for much shorter periods of time; they have a very specific need. They’re selling a house and they’re relocating, so they need storage for six months.”

Chester Self Storage offers units as large as 560 square feet and as small as 50 square feet. Depending on unit size, monthly rates vary from $75 to $280, says Beadle.

Although units are large enough to store cars, boats, or recreational vehicles, Beadle says about 80 percent of the company’s units are storing regular household items.

The 450 storage units will occupy a total of nearly 100,000 square feet of space. The storage facility also will have an office and house for a live-in manager, says Wood.

“As far as I know, the occupancy rate is fairly high in this area, and my feeling was that there was certainly room for another complex,” he says.

Wood, who recently sold a storage property he co-owned in Post Falls for $5.3 million, says he hopes to open the new storage facility in early September.

“It’s a great investment, and it’s something I know how to do,” says Wood.

Wood says people are moving into the area, and people downsize and move out of houses. Because they don’t want to dispose of their possessions, they store them.

Justin Sternberg, co-owner of Post Falls-based contractor Steel Structures America Inc., says the company has constructed a significant number of storage units for the past three years, but he says, “We saw a similar cycle about 10 to 15 years ago, in a previous economic boom or increase of housing.”

In the past three years, Steel Structures America has built somewhere between 850,000 and 900,000 square feet of storage space.

That’s roughly four times the amount of storage they constructed in the three previous years.

Due to the recession, “vacancies were higher, and rents were lower,” he says. “Now, we’re seeing such an increased volume of people moving to the area. Rents are rising. Units are relatively scarce, and people are asking to rent units before we complete the projects.”