What’s happening with The District Apartments 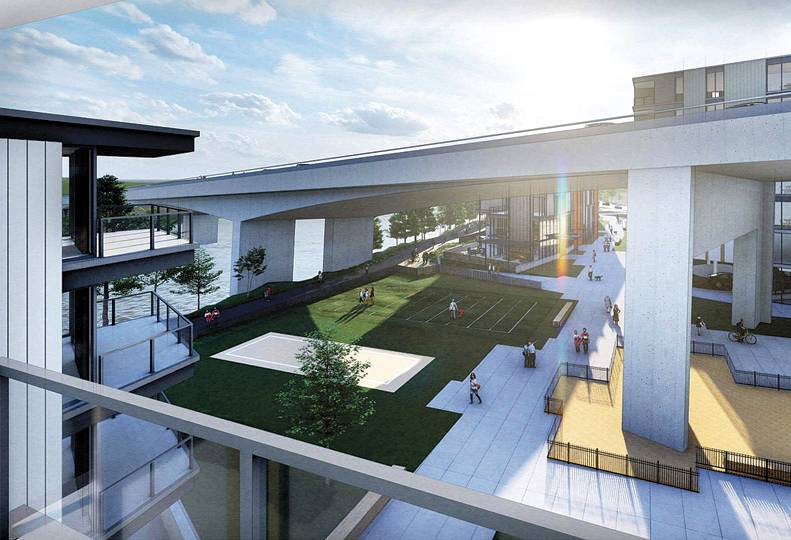 Construction has started about a year later than originally planned on the initial phase of The District, a large apartment complex along the Spokane River, near the southeast edge of the University District.

The developer, Scottsdale, Arizona-based Sagamore Spokane LLC, originally had announced in March 2021 that construction was about to begin on the four building, 298-unit apartment complex at 1055 E. Martin Luther King Jr. Way, on a site that flanks the James E. Keefe Bridge that carries Hamilton Street over the river.

Juliet Sinisterra, CEO of the University District, says Garco Construction Inc., of Spokane, the contractor on The District, broke ground on the phased development in early March.

Nicole Skinner, communications manager at Garco, says the scope of The District development is unchanged, and it’s expected to be complete in the third quarter of 2024.

Representatives at Sagamore Spokane, couldn’t be reached immediately for comment.

Sagamore Spokane principal Charles Dubroff told the Journal last year, “Our riverside parcel represented several unique challenges and opportunities that we wanted to make sure we addressed in a way that contributed to the long-term health and growth of the University District.”

Historically, the site had been occupied by two facilities collectively known as the Spokane Gas Plant, which manufactured and processed coal gas and coal tar from the early 1900s to 1948. Washington Water Power Co., the Spokane-based energy company known today as Avista Corp., acquired the property in 1958, and WWP continued to distribute natural gas from the site until 1963.

In the early 2000s, Avista and BNSF Railway Co. took part in cleanup actions to remediate contamination from historic uses at the site. Ecology determined in 2010 that no further cleanup actions were required, although the state agency continues to conduct periodic reviews.

Brown Building Materials, of Spokane, acquired the site in 1978 and occupied it until 2000, when a fire gutted the main building there. A sign for the business still stands at the site and is visible from the Hamilton Street Bridge.

ALSC Architects PS, of Spokane, designed the apartment buildings that will comprise the complex.