Building will have space for five additional tenants 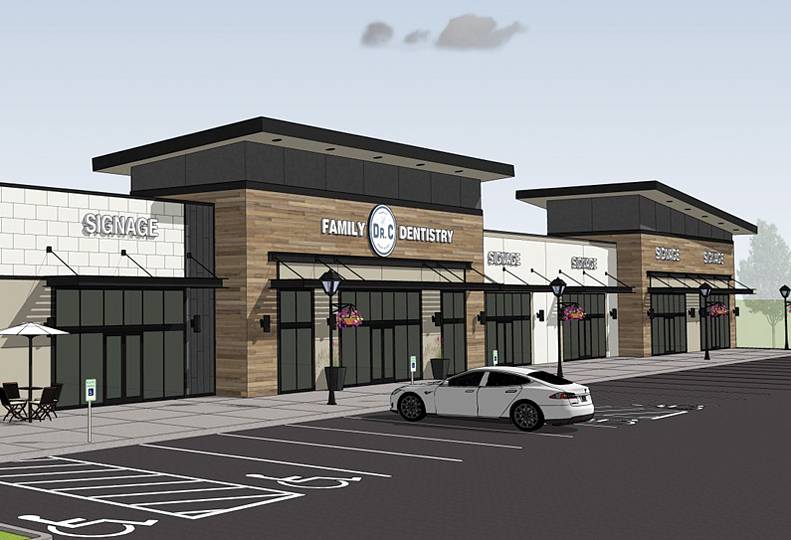 Cochran, who founded Dr. C Family Dentistry six years ago, says, “We’re part of the whole medical office to medical retail shift. … The world is shifting to convenience. If you’re a dentist, and you’re on the corner, and everybody sees you, and you have a nice-looking building, chances are they’re going to set up an appointment.”

Airway Heights has a shortage of medical offerings, despite being one of the fastest growing areas for both residential and commercial industries, Cochran contends.

The planned facility will house a new dental office, tentatively named Dr. C Dental-Airway Heights, as well as space for five additional tenants, which Cochran says ideally would be other medical services, although that isn’t a requirement to lease the facility.

Ideally, Cochran says he would like the facility to be a “one-stop shop” of sorts to provide pediatric, physical therapy, or even chiropractic services at the complex.

“I just haven’t found medical partners,” he says. “I don’t have my counterpart in the medical world.”

The project is estimated to be valued between $4.3 million and $4.5 million, he says. McCloskey Construction Inc., of Spokane, is the general contractor on the project, which was designed by Mercier Architecture & Planning, of Spokane Valley. Whipple Consulting Engineers Inc., also of Spokane Valley, is providing civil engineering services.

Franklin Park Optometry has signed an agreement to lease space in the structure, and the project will break ground once a third tenant has been secured, Cochran says. Once construction starts, the project should be completed within six months, he says.

The practice is predicated on convenience and accessibility, he contends, with extended office hours, in-house financing, and addressing dental fear with sedation services.

“People don’t break teeth between 8 and 4 Monday through Friday,” he says. “Only 35% of people go to the dentist regularly. What does that mean? That means dentistry has failed to remove fear and to create solutions and build value for patients.”

He adds that he recently purchased two existing practices on Spokane’s South Hill that will merge into a single clinic and is currently in the process of leasing another location at 3223 E. 57th. In total, he says, the plan is to have five clinics in the Spokane area.

The practice has 40 employees between its Valley and South Hill offices. The Airway Heights clinic will have 10 to 12 employees initially.