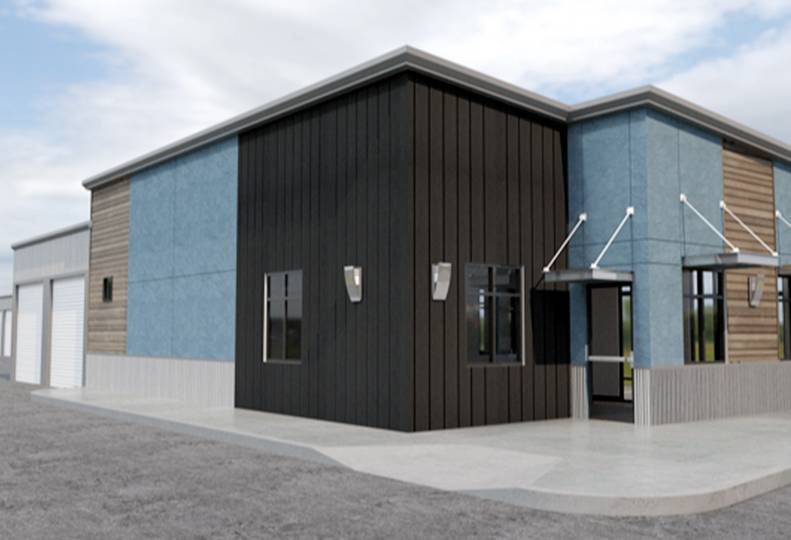 -BRS Architects
The fi rst phase of the Barker Storage development is underway near the intersection of Trent Avenue and Barker Road, in Spokane Valley. That phase will include 470 storage units.

A family-owned investment company is developing a storage unit business that also will allocate space for storing boats and recreational vehicles.

The first two phases will be developed on 6 acres of land and are expected to include 83,000 square feet of storage space, Sorge says.

Future expansion could take up the rest of a 10-acre parcel, which is southwest of the intersection of Barker Road and Trent Avenue.

Phase one will have a total of 470 units, with at least 50 dedicated to either covered or enclosed storage for boats and RVs, he says.

The timing for future expansion will be dependent on demand, Sorge says.

“The market here could look completely different in five years,” he adds.

Sorge says the company now is working to finalize a time schedule for the current phase with its vendors and contractors.

Barker Storage also envisions a third phase of construction on a portion of an adjacent 12-acre parcel of land. The company purchased both parcels, totaling 22 acres, in June 2019.

About 6 acres of land near the Barker Road entrance tentatively are reserved for commercial use that likely won’t be part of the storage business, he says. Another 4 acres of land near Trent is available, and roughly 2 acres will be dedicated for required site drainage, Sorge says.