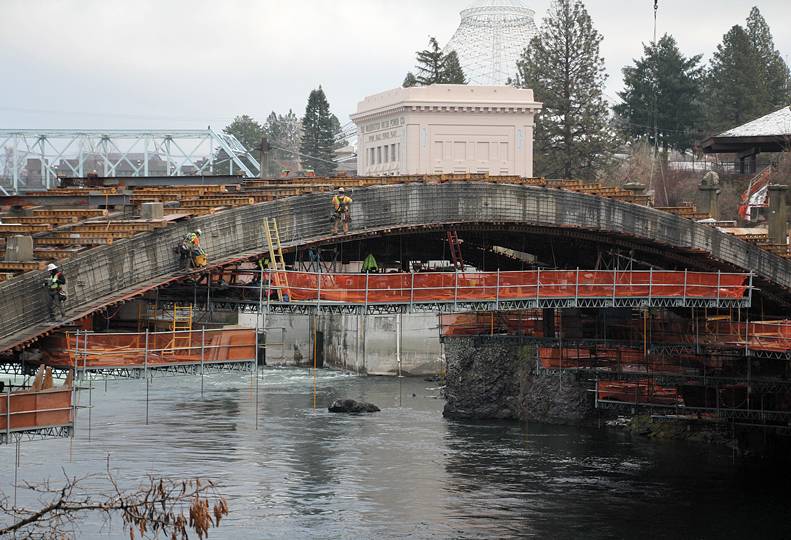 -Erica Bullock
The Post Street Bridge restoration continues in downtown Spokane. In all, the city plans nearly $100 million in projects this year. 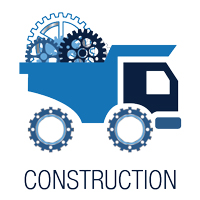 The commercial construction sector had a strong start in 2021, and the 2022 construction season will bring continued growth of warehouses, manufacturing, and distribution centers, industry observers here say.

Cheryl Stewart, executive director of the Associated General Contractors Inland Northwest chapter, says there’s plenty of work for the foreseeable future, and she adds that most contractors feel confident about next year.

“We’re going to put out a lot of projects—as many as we can build with the people we have,” Stewart says.

Stewart says she expects building materials will remain costly but will level out in 2022, and the availability of materials will become more of a challenge for builders than the prices of materials. Her main concern is over a lack of workers, she says.

“Across the board, the supply chain and the lack of workforce is impacting everything,” Stewart says.

White says that material prices could level out, however, the new coronavirus variant could disrupt prices again next year. Demand for residential construction also could slow in 2022 if interest rates rise.

Permits for 3,086 total units were issued in Spokane County between January and November, an 18% increase, compared with the year-earlier period.

Public works construction projects in Spokane next year include a $9 million rebuild of the Thor-Freya couplet in conjunction with the ongoing construction of the $1.5 billion North Spokane Corridor, according to Kyle Twohig, director of engineering services for the city of Spokane.

Twohig says the 2021 construction season has been relatively good and more predictable than in 2020.

“Other than the major surprise of having a landslide in the core of our city, most everything else has been proceeding as planned,” Twohig says, referring to the landslide in the Peaceful Valley neighborhood, which the city expects to finish repairing next year.

Work also will continue on the $18.5 million Post Street Bridge replacement, he says.

Also in 2022, a section of Riverside Avenue from Division Street to Wall Street will be reconstructed as part of a $4 million project. A $17 million Cochran Basin stormwater project also will move forward next year and is expected to be completed in spring 2023.

Twohig says the city expects supply chain issues will continue to impact construction activity next year, although he adds, “We have a better idea of where they are going to affect us and will do our best to mitigate the impacts.”

Spokane Public Schools projects slated for next year include the $31 million new 5,000-seat stadium on Dean Avenue, across from The Podium indoor sports complex, north of downtown.