Off site, on point 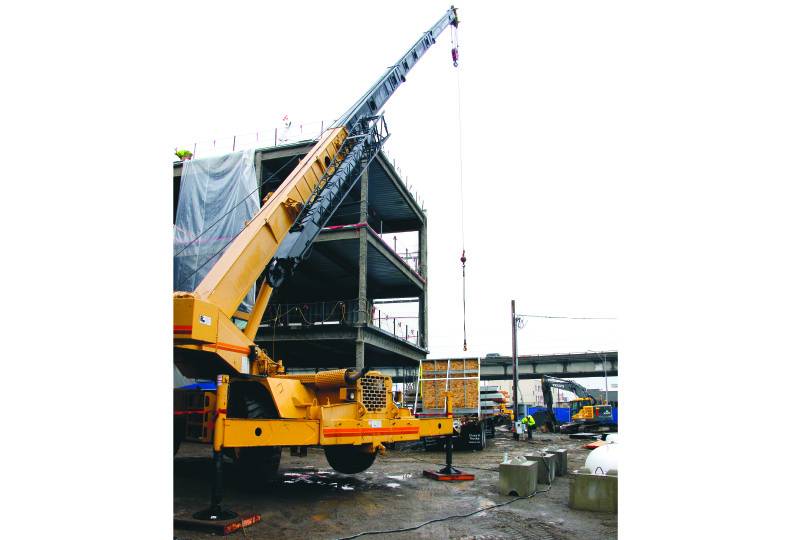 With rising labor costs and a shortage of construction workers, off-site construction is becoming more widely used as a method for Spokane-area contractors and subcontractors to save money and boost project efficiency, some industry professionals here say.

Bill Bouten, president of Spokane-based Bouten Construction Co., says in many instances, several construction components are fabricated and assembled away from the construction site, as opposed to the conventional method of constructing all aspects of a building as it’s being erected. Such components include mechanical and electrical elements and wood framing.

“In all aspects of the construction sequence, we’re looking at ways that we can implement prefabrication opportunities,” says Bouten.

Off-site construction involves fabrication and assembly of construction components at a place other than the project site.

George Renner, vice president of Spokane-based mechanical contractor Mackin & Little Inc., projects prefabrication will become even more commonplace within the Spokane area, where he says the practice has “become the norm” for Mackin & Little in the last three to five years.

He says the practice of prefabrication helps control labor costs and expedite construction for both project owners and general contractors.

“We’ve built the building and moved to a more automated process just to help out the field side,” says Mandere.

Mandere estimates off-site construction can save between 25 percent and 35 percent of time on the job site. It also allows for more communication with other companies working on a project.

“Theoretically, everything on site goes a lot smoother because everyone’s thinking through the job before the building is put together,” he says.

Recent projects for which Mandere Construction has prefabricated products include a 36,000-square-foot addition to an assisted-living facility in Clarkston, Wash., and a 192-unit apartment complex in Coeur d’Alene, he says.

One prominent project in the Spokane area that used prefabricated parts was the $34 million psychiatric hospital at 104 W. Fifth.

Bouten Construction was the contractor on the 67,000-square-foot, 100-bed building.

Bouten says the hospital’s exterior wall panels were fabricated off site by Spokane Valley subcontractor Performance Contracting Inc., a move that saved both time and money.

“It helps with efficiency and the labor factor, which leads to better quality, which leads to lower costs,” he contends. “It’s absolutely the right direction for the industry to be going.”

Working in a warehouse setting “is smoother because it’s set up for fabrication,” he says. “Typical job sites aren’t.”

According to a recent workforce survey conducted by the Associated General Contractors of America, 89 percent of respondents say they’ve had difficulty filling construction trade positions at their companies, while 77 percent predicted that hiring difficulties will continue or worsen within the next year.

Also, 25 percent of respondents reported they had adopted or increased the use of methods to reduce on-site work time, including off-site fabrication.