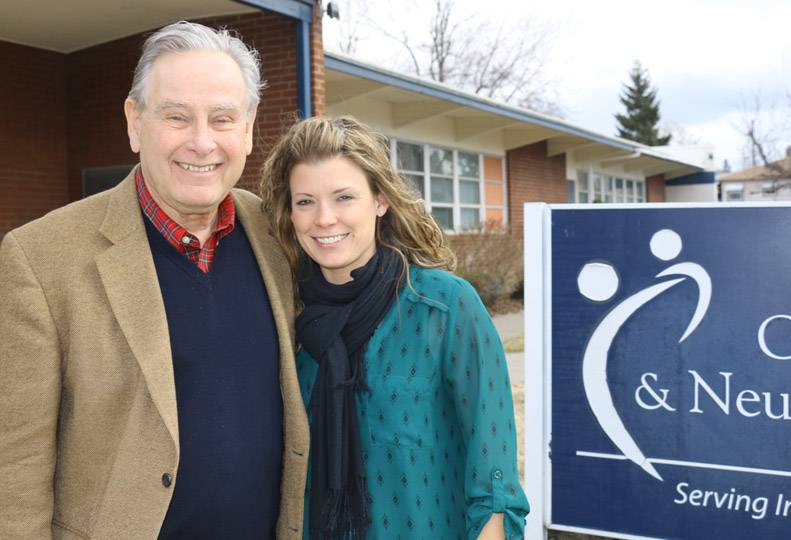 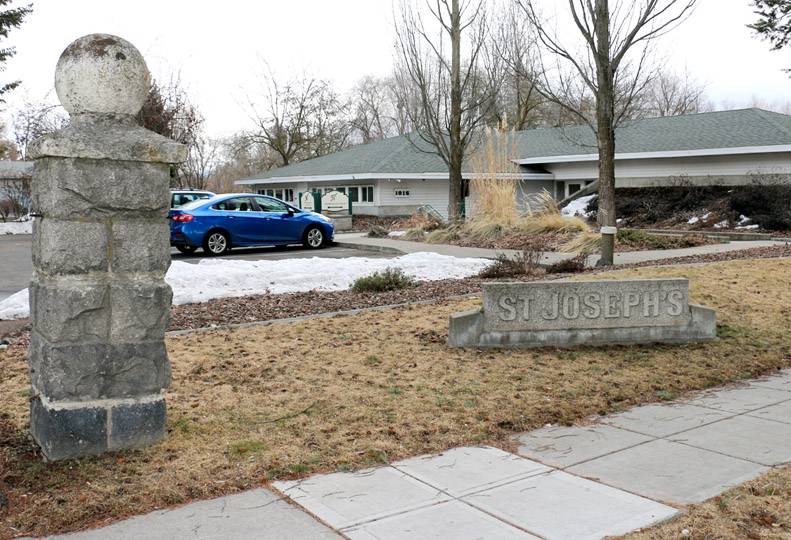 -—LeAnn Bjerken
The Spokane Guilds’ School & Neuromuscular Center expects to complete its purchase of the St. Joseph’s property, part of which is pictured above, on April 25.

The Spokane Guilds’ School & Neuromuscular Center says it’s in the midst of finalizing its purchase of the former St. Joseph Center property, at 1016 N. Superior, just east of Gonzaga University.

Dick Boysen, the school’s longtime executive director, says it’s acquiring the property from the Sisters of St. Francis of Philadelphia for $2.2 million and plans to develop a $15 million facility at the site.

“The deal will officially close April 25,” says Boysen. “We’re currently working to finalize certain things at the site, including making sure certain tenants can continue to lease buildings that are occupied.”

Founded in 1960, the Spokane Guilds’ School & Neuromuscular Center is a nonprofit organization and comprehensive assessment and therapy center for young children, from birth to 3 years old, who have developmental disabilities and delays.

The school currently operates out of a 20,000-square-foot, former elementary school building at 2118 W. Garland Avenue, on Spokane’s North Side.

Boysen says the school has 46 staff, but will require more with the expected increase in enrollment that will come with a new facility.

“Enrollment varies each month as children reach age 3 and move on, and others are born and begin the program,” he says. “The new facility will enable us to increase monthly enrollment from 150 to 240 students, as well as to increasing our staff by 40 percent.”

“The next two years we’ll be focused on a capital campaign for funding,” says Boysen. “We’ll then need to allow time for construction, but we’re hoping the new facility will be completed and ready for move-in by June of 2021.”

The St. Joseph’s property is owned by the Sisters of St. Francis of Philadelphia, who first came to Spokane in 1890, and opened the facility there as St. Joseph Orphanage.

Over the years, the ministry developed into the St. Joseph Family Center, which provided counseling, classes, hospitality, and spiritual care until its closure this past September.

“It’s a beautiful property, right alongside the Centennial Trail and the Spokane River,” says Boysen. “It’s also nearby Mission Park, one of the only parks in the city with a playground designed for people with developmental disabilities.”

He says the 3-acre St. Joseph property includes an 8,000-square-foot administration building, and five additional buildings that each have about 4,400 square feet of floor space.

Currently, Passages Family Support, an area mental health agency, is renting the administration building as well as two of the site’s other buildings. A third building is being rented by the Sisters of Providence, and the other two structures aren’t being leased.

Boysen says because most of the buildings on the site were constructed in the 1970s and likely can’t be repurposed, the school eventually plans to demolish them all, and to construct a 50,000-square-foot facility in their place.

“We plan to keep leasing those buildings to their current tenants for now, at least until we’re able to raise the capital for construction,” says Boysen. “But ultimately, all the existing buildings will be torn down, and we’ll start over with a new building with adequate parking.”

He says plans for the new facility include private consultation rooms; added classroom, therapy, and individual treatment rooms; classrooms for family and staff education; an experiential room for children with sensory impairment; a gross motor skills play area, and an expanded medical and dental clinic space.

He says the facility also will include dedicated research space; new technology for assessments, consultation, and distance learning; an outdoor playground, and a larger parking lot.

The school currently serves an average of more than 200 infants and toddlers with developmental delays or disabilities each year, Boysen says.

He says many of its students are diagnosed with Down syndrome, cancer, cerebral palsy, and other diseases or impairments that cause a disability, such as spina bifida, hearing or visual impairment, and muscular dystrophy.

The school provides services without regard for families’ ability to pay, and Medicaid pays part of the costs for 75 percent of the children who are low income and Medicaid eligible.

Boysen says the program has proven to be successful, with 20 percent to 25 percent of its students achieving age-appropriate skills, and not needing enrollment in public schools’ special education after leaving the guilds’ school.

“The big thing is to be able to reach these children early, at or before age 3, so they can develop age-appropriate skills and have no need for those services by the time they reach public school,” he says. “Over the years, we’ve become more capable of identifying kids with developmental disabilities, but our capacity to serve them has been limited by our current space.”

Boysen says the organization leases its current property for an annual $1 fee from Spokane Public Schools.

“We’re grateful to have had the support of our local school district these past years,” he says.

Boysen says the school’s operations are funded through the Spokane Guilds’ School Foundation’s endowment fund, in addition to money it receives from government grants and programs.

“I would say 60 percent of our funding comes from government sources, 20 percent is given to us through the endowment, and the remaining 20 percent is raised through private donations,” says Boysen. “We depend on a lot of people to help us.”

While the school and its foundation are governed by separate boards, the two have authorized a $15 million capital drive for purchase of the site and construction of the new facility.

Now that the school has agreed to purchase the property, Boysen says it will be looking to start the capital campaign to raise the remaining $12 million to $15 million for construction.

“We’ll be looking for both state and federal assistance, and new market tax credits, as well as donations from individuals and corporate foundations to support the project,” he says.

Boysen says the school expects it will need at least two years to be able to raise the required funding.

“It’s an exciting but terrifying time,” he says. “This is a big project with a large dollar amount. It all comes down to community support, as without that, we’d have a hard time accomplishing something this size.”

Boysen says the new property’s location within the University District also makes it a good fit for the school and its mission.

“The University District is centrally located and easily accessible for many of the children and families we serve,” he says. “It also puts us closer to higher education facilities, which is a plus because we do a lot of work with student interns.”

Boysen says the new location will enable the school to recruit graduates in those fields, as well as provide further opportunities to participate in outcome-based research projects taking place at nearby universities.

“I think it’s really neat we’ll be building on sacred ground, a property where the Sisters of St. Francis lived and worked for 127 years,” he says. “We’re excited to carry on their legacy of caring for children in need.”