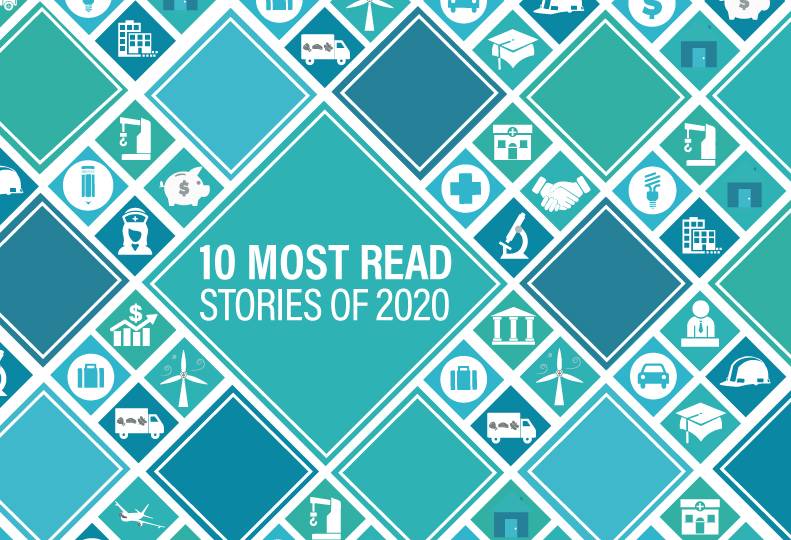 One of Spokane's swiftest and most visible business casualties of the COVID-19 pandemic also made for the Journal's most-read story of 2020.

And it wasn't really close, according to page-view data generated by Google Analytics, for SpokaneJournal.com.

Readers clicked on the story about Stay Alfred's decision to go out of business more than any other during the year. Company CEO Jordan Allen disclosed the decision unexpectedly during an interview in May. Previously, the company had announced that it was closing temporarily, with plans to reopen in August.

A distant second was an article about a massive new residential development in North Idaho that first came to light in September. Nestled between the Coeur d'Alene and Post Falls city limits, the envisioned neighborhood is being developed by a company founded by longtime Spokane businessman John J. Hemmingson and could be home to more than 4,500 residents someday.

Coming in third, fewer than 100 views behind the Hemmingson story, was the first story about a 1.3 million-square-foot warehouse development proposed in Spokane Valley in October. Described as Project Fireball in public records, the project has many of the characteristics of an Amazon.com Inc. facility, though the company has yet to confirm that it's building a second Spokane-area distribution center, which later was found to carry a $105 million price tag.

In July, a story about Swiss Productions Inc. somewhat unexpectedly went viral and ended up as the fourth-most read story of the year. Perhaps it shouldn't have been surprising that news of the California manufacturing company's decision to relocate to Liberty Lake generated a lot of interest, as it involved a trendy, national business-story theme during the year of companies choosing to leave the Golden State.

Rounding out the top five is the Kalispel Tribe of Indians' announcement in late November that it plans to expand the hotel at its Northern Quest Resort & Casino, in Airway Heights. That expansion will boost the number of guest rooms to more than 440, and the tribe is forecasting the addition will handle increased demand after the pandemic has subsided.

Workplace Sexism Can Be Harmful To Women's Health: In January, Whitworth University professor Robin Pickering contributed a thoughtful piece linking sexism to compromised health for women in male-dominated fields. The piece spoke to a wide audience and garnered interest throughout the year.

Stockton family plans next U District Development: A development in Spokane's popular University District involving a high-profile name in NBA Hall of Famer John Stockton has quality ingredients for a popular story.

Electric car maker's West Plains plant appears to be moving forward: Months after an initial letter of intent expired, Mullen Technologies Inc. reupped with a new agreement with the West Plains public development authority in July, breathing new life into the proposed new car manufacturing facility. The project now is expected to get underway next spring.

25+5: Early in the year, Spokane business accelerator Ignite Northwest released its inaugural 25+5 list, highlighting some of the most promising young companies in the Inland Northwest. The story about the list serves as an interesting insight into the region's entrepreneurial ecosystem.

Ghost Kitchens: An emerging national restaurant trend made its way to Spokane, and the Journal wrote about it in August. The trend involves restaurants that operate exclusively on a takeout-and-delivery model, with no dine-in options. It was a concept that began to surface prior to the pandemic and gained steam after COVID-19-related restrictions limited options for eateries.