Spokane struggles with dearth of land; plans for more building sites are in works 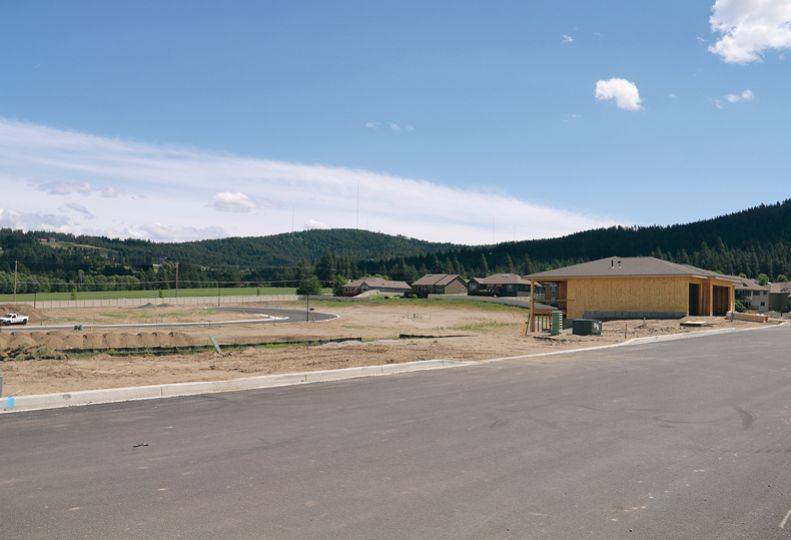 -—Samantha Peone
New homes go up on recently developed lots in southeastern Spokane. In all, 161 home lots have been platted this year in the city.

Spokane-area homebuilders have been struggling to find enough land to meet the demand for single-family homes, some construction industry professionals say.

The land need is constraining new home inventory, which in turn could be contributing to rising home prices, they say.

Recent public records, however, indicate hundreds of new lots could be coming down the pipeline.

Donna deBit, of the City of Spokane, said in an email that the municipality had 161 new residential lots created so far this year, while 96 building permits have been issued for single-family homes.

In the city, a mere 101 lots were platted through the third quarter of 2017, suggesting lot development this year is ahead of last year’s pace.

Laurie Carver, of the Spokane County Building and Planning Department, said in an email that roughly 250 lots had been platted so far this year.

Ed Simpson, project manager with Spokane Valley-based Simpson Engineers Inc., says, “We’ve sure noticed a trend of developers trying to create as many lots as they can.”

Simpson is working on a project in Mead, south of Farwell Road and east of the North Spokane Corridor, he says. The project involves subdividing nearly 20 acres of land into 98 lots for single-family homes. Although the project is still in its early phases, the lots could range from roughly 6,200 square feet, or 0.14 acres, to 11,000 square feet, or a quarter of an acre.

Despite an apparent increase in planned subdivisions, Simpson says he still believes homes are being built faster than new lots are being created, meaning there still a shortage of homesites available to build upon.

Through the third quarter of 2017, only 647 lots had been platted throughout Spokane County, the report says.

Scott Krajack, land development director for Spokane Valley-based Viking Builders LLC, which does business as Viking Homes, says he doesn’t think the demand for developable residential land will be met until the urban growth boundaries here are reassessed, which is scheduled for 2025.

Krajack says Viking Homes built about 330 homes in 2017. About one-third of those was in the Spokane area. Another third was built in the Tri-Cities area. The rest were built in North Idaho.

Of those three regions, “Spokane by far is the most land constricted, meaning that we struggle to find developed lots or developable land more than either of the other two areas,” he says. “In Idaho, we have plenty of lots, and in the Tri-Cities, we’re in good shape. But in Spokane, we’re still too low.”

Krajack says the lack of land coupled with the construction workforce shortage could be pricing homebuyers out of the market.

“For that entry-level market, it becomes very, very difficult for those people to buy homes,” he says.

According to the Journal’s 2018 Market Fact Book, the average price of homes purchased through the Spokane Association of Realtors’ Multiple Listing Services climbed to $228,783 in 2017 from $186,275 in 2014. Through the first four months of this year, the average home price is $258,600, according to the MLS.

Still, hundreds of lots within the city of Spokane have been either created or are in the early stages of the application process.

Here are some recent subdivision proposals.

•Whipple Consulting Engineers Inc., of Spokane Valley, has proposed development of 120 lots at 4647 W. Strong Road, for a subdivision to be called McCarolls Second East Addition in the north Indian Trail neighborhood. Preliminary plans show that most of the lots would occupy either 0.1 to 0.2 acres of land.

•Whipple Consulting Engineers also has proposed the Eagle Ridge West Addition. The project involves 13 acres of a 21-acre parcel be subdivided into 99 lots between 0.15 and 0.34 acres in size at 6820 S. Cedar Road, near the southwest edge of the Latah/Hangman Creek neighborhood.

•SMY LLC is proposing 35th Avenue Commons, a $1.7 million development to include four townhome buildings with a total of 19 living units. Located at 2727 E. 35th, on the South Hill, the proposed project site is between Southeast Boulevard and 35th Avenue in the Lincoln Heights neighborhood. The townhomes would occupy 1 acre of land. Construction is proposed to start this summer.

•Genesis Finance Corp., of Post Falls, proposes subdividing 7.2 acres of land into 41 lots up to 0.18 acres in size. The subdivision, titled Westwood Hills Village, would be located at 2313 S. Westwood Court near the Grandview Park neighborhood, in southwestern Spokane.

•Also on Five Mile Prairie, For Ty Civil LLC, of Spokane Valley, has proposed to subdivide a 4-acre parcel at 2204 W. Strong Road into 28 lots. Preliminary site plans indicate those lots would range in size from 0.12 acres to 0.17 acres.